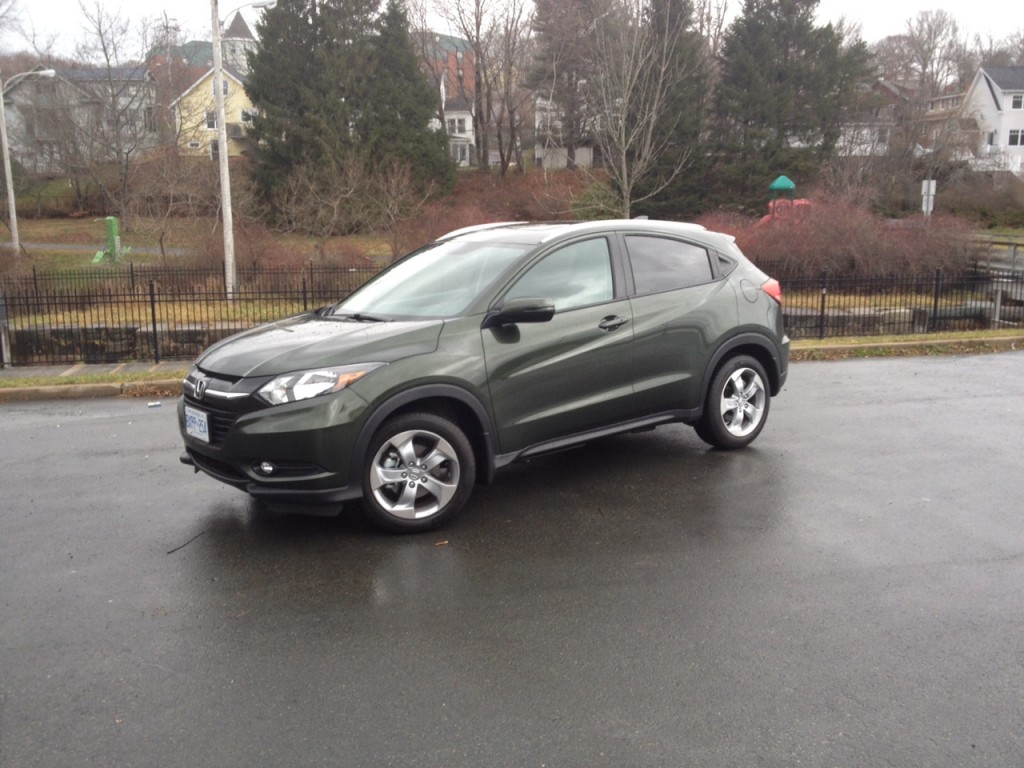 I remember when I about 11 or 12 my family was looking for a new car. My father was fairly set on buying a Toyota Camry. I remember the whole family going along for test drives and remember being completely in awe at what was the first generation Lexus GS that was also showcased at the joint Toyota/Lexus dealership.

Before we got to try the Camry, the salesman asked if we would be willing to consider something else. He then pulled up in what was the first generation Toyota RAV4. It was tiny by today’s standards and even though dad ended up buying a Volvo 240 when it was all said and done, I do remember quite liking the RAV4.

Although the Toyota RAV4 was technically the first to start off the cute ute craze back in the mid to late 1990′s, the CR-V is has steadily held its own as among the top sellers for some time now.

But like the young families who bought the original CR-V, the generations to follow started to grow and get bigger. Today, the CR-V is massive compared to the first generation.

That’s not really a problem, right? More space is never a bad thing. Except the problem with growing your product so much is that the appeal of the tight and tidy dimensions of the original is now gone.

The good news is that allows for more product integration. Honda knows that most Fit owners are fairly loyal and happy to their appropriately named little hatchback. But Honda also knows that the Fit will only do the trick for so long once a young family starts to grow.

So, what do you do if you’re a Honda Fit owner with a young growing family but you think the CR-V has gotten too big? Enter the HR-V, an all-new model for Honda and the latest to join the newly created yet booming compact SUV segment.

Has Honda hit a home run? 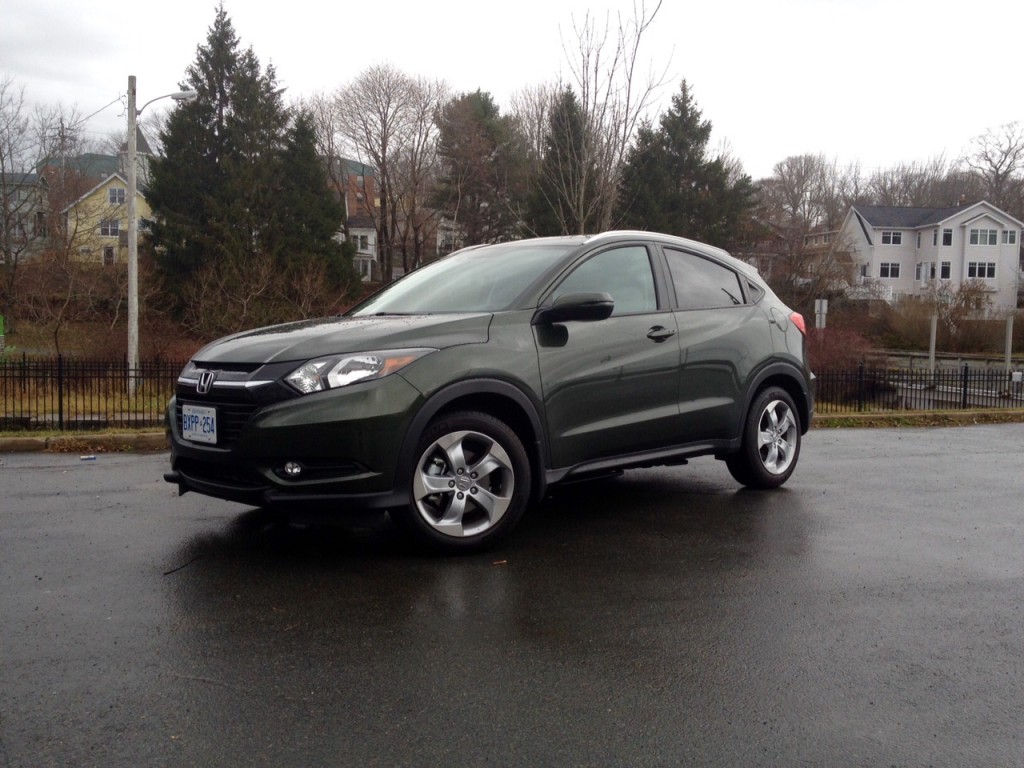 One thing that I particularly like about Hondas in general is that they aren’t so obsessed with corporate styling that they make all their products look the same (I’m looking at you, Audi). The HR-V has its own unique styling. While most new Hondas are getting heavy chrome grille treatments now, the HR-V’s single chrome strip on the grille gives it its own distinct personality. So does the side profile, which Honda says they tried to make it look like a coupe. That’s why the rear door handles are hidden up by the C-pillar. While I agree it does make for a cleaner look, I noted that having the rear door handles up so high would likely prevent young children for being able to reach them, which my oldest nephew kindly demonstrated for us. This is a rare misstep for Honda, putting style over practicality. Happily they make up for it with a nice rear treatment matched with LED tail lights that look more Acura-like than Honda. All HR-V’s get nice looking 17-inch wheels, even the base model, and my tester’s awesome Misty Green Pearl paint really helped the HR-V stand out. 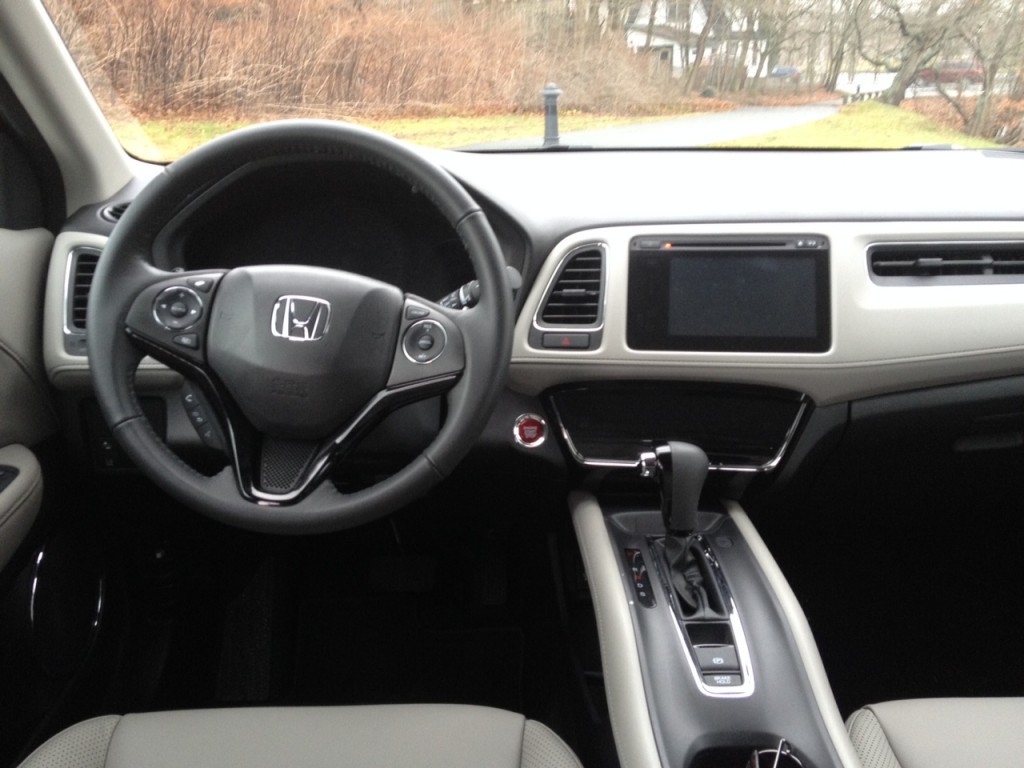 Inside is typically Honda which is mostly a good thing except for one thing. Honda’s crusade against volume knobs has to stop. I’m being more blunt about it than I have in the past, but it’s clear they aren’t getting the message as this is now the sixth new Honda product to loose its volume knob. I understand it makes for a cleaner look, but just like those hidden rear door handles, style over substance rarely works. Otherwise, you have a driver focused centre stack with a large display screen. Response to commands aren’t too bad, but Chrysler’s U-Connect beats Honda’s system handedly. Honda’s system isn’t as logically laid out or as clear. However, the great thing about the system is that you can connect your phone to it and use the navigation app on your phone. My tester came with Honda’s navigation, but it’s good to know you don’t necessarily need to pay for it if you don’t want to. 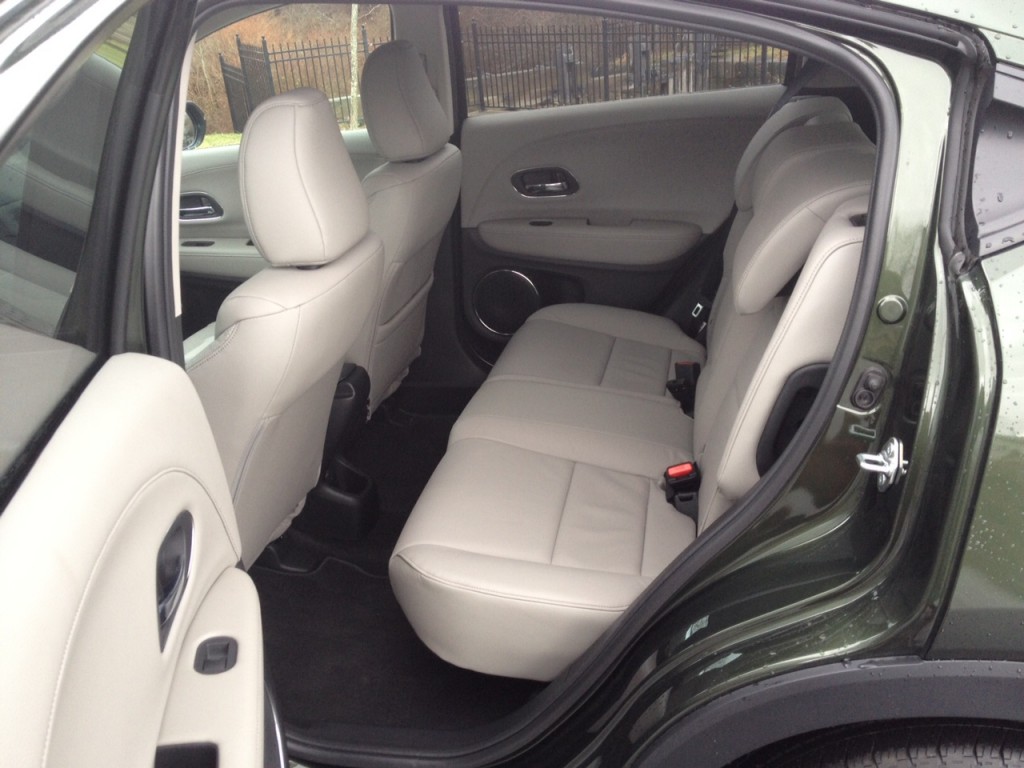 Below the centre screen is a buttonless stack for your heated seats and climate control and I have to say they responded to commands better than some other buttonless systems (I’m looking at you, Ford). There is also a Volvo-like cubby hole hidden behind the gear shifter and you’ll also find an electric parking brake, which makes the HR-V the first ever Honda to get one. There’s also a brake hold which allows you to take your foot off the brake at long lights. Otherwise, mostly everything is standard fare except for a ring around the speedometer which lights up in green to indicate you are driving efficiently, and white when you aren’t. 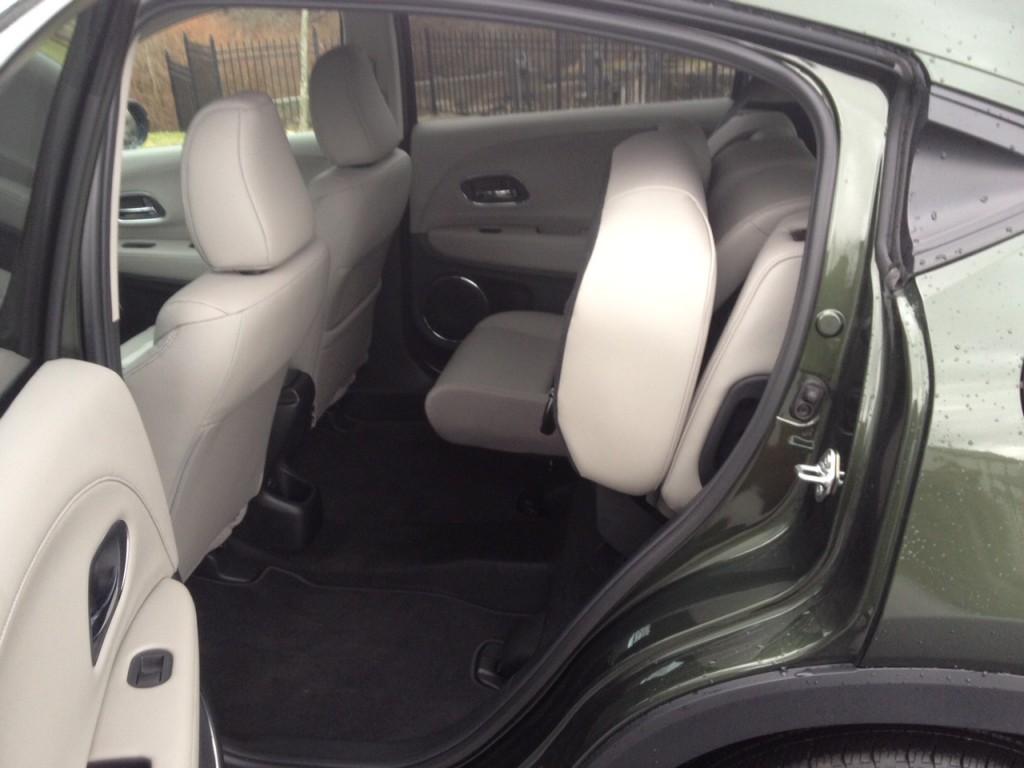 Honda Fit owners will appreciate the HR-V’s rear seats and cargo room. The latter is bigger and wider, while the rear seats get the same “magic seat” treatment in the Fit. That means you can fold the seat bottoms upward to haul taller items, or you can fold them right into the foot wells making for a completely flat cargo area. The front passenger seat can recline almost completely flat as well which makes hauling longer items a breeze. It really is a clever, designed to maximize the most space out of a small vehicle. Kudos to Honda for that. 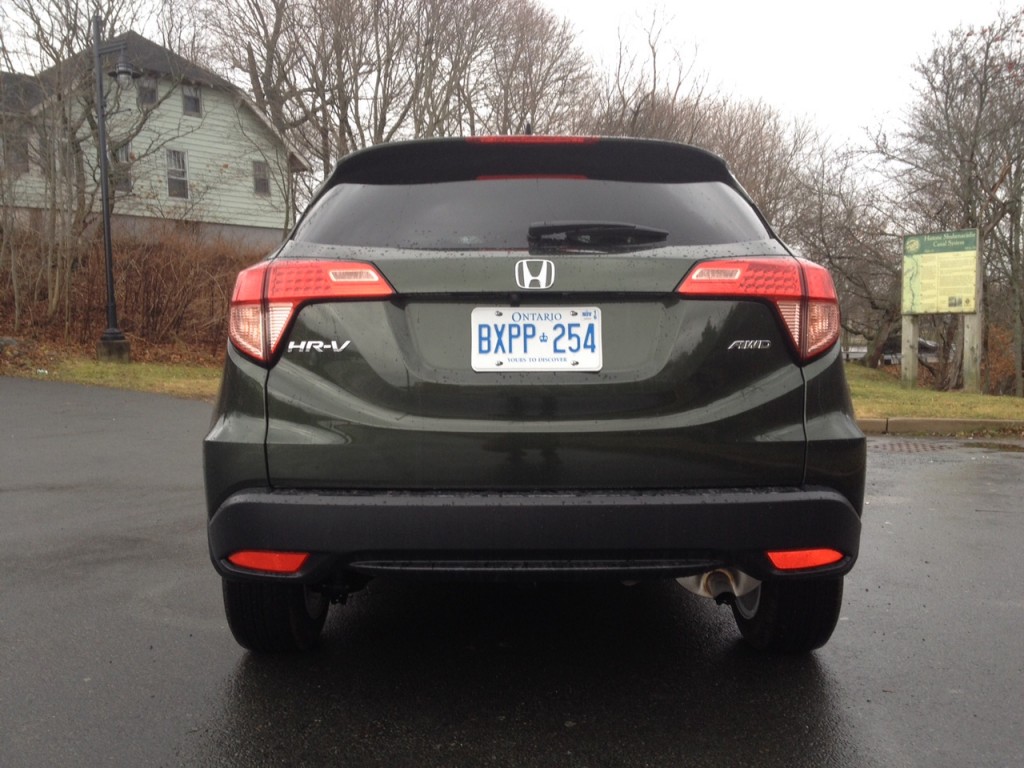 The Honda HR-V is powered by a 1.8 litre 4 cylinder engine, the same found in the Honda Civic, but tuned to be a bit more powerful as it makes 141 horsepower and 127 pound feet of torque mated either to a six-speed manual or an optional continuously variable transmission (CVT). It should be noted that if you want both all-wheel drive and a manual transmission, you’ll have to march yourself right over to a Subaru dealership because Honda only offers all-wheel drive equipped HR-V’s with the CVT. CVT’s are normally the bane of any car guy or gal, but I have to say this is among the better of the CVT’s I have tried. It isn’t too loud and it doesn’t hold you back too much when you want to get off the line quickly. Speaking of, I know those power figures seem underwhelming but they are more than adequate for most people. It feels light on its feet, I had no feeling that the HR-V was underpowered, it did the trick in most cases. 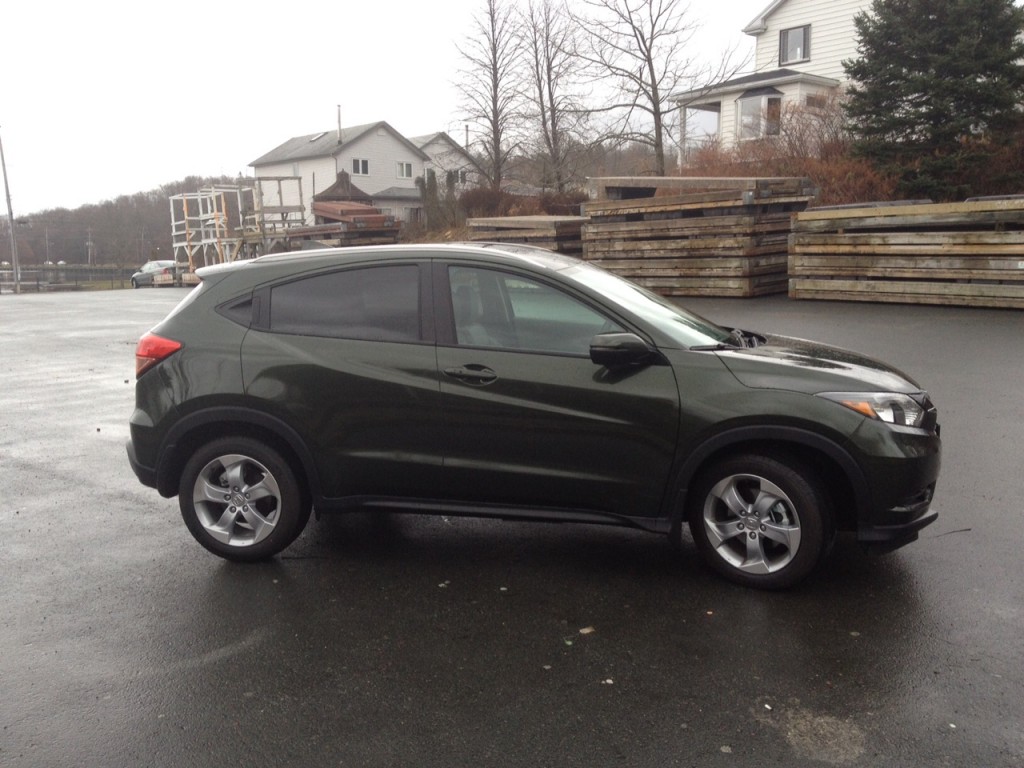 Handling is really good, I suspect only the Mazda CX-3 is handles better, but not once did the HR-V seem as if it was out of sorts, in fact, there was a few time when I felt confident enough to take a corner without braking. Steering feedback is adequate. 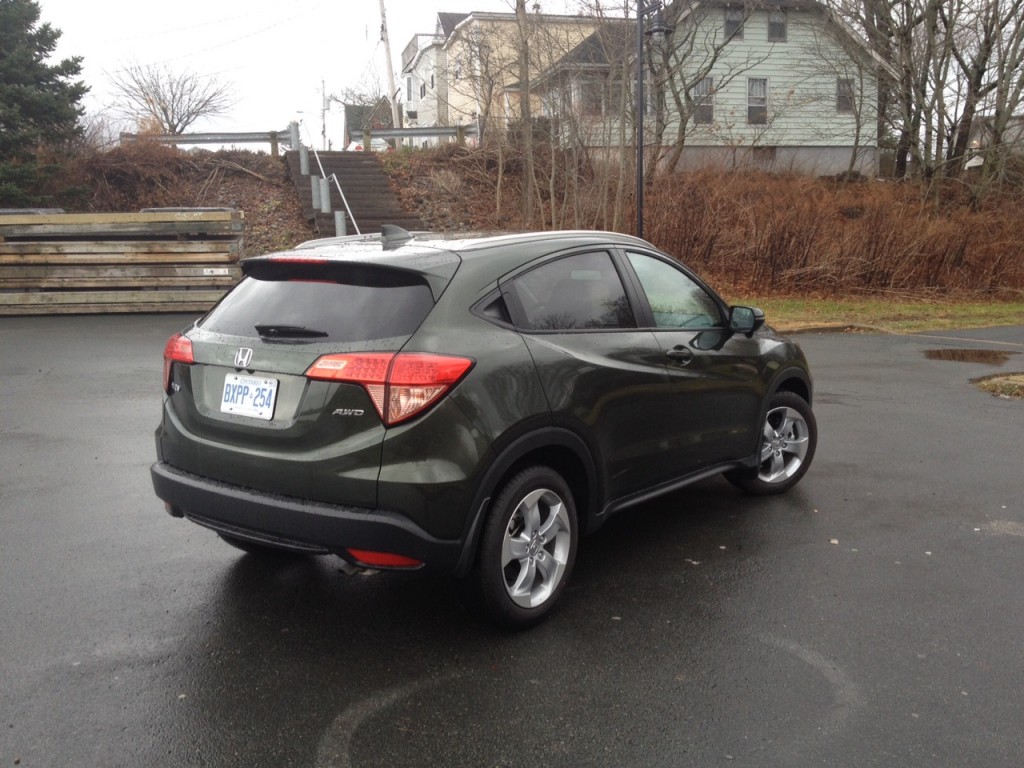 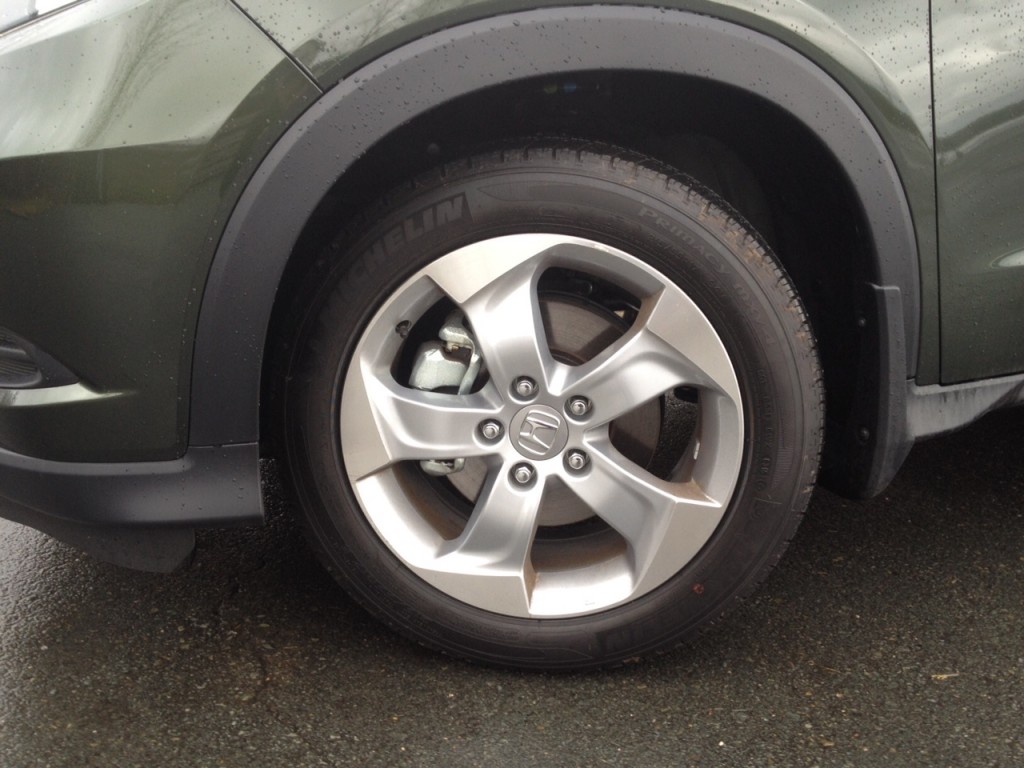 The HR-V might be one of the best vehicles to come out from Honda in a while. In a way, it helps to keep current customers loyal. Fit owners will appreciate the extra space and the magic seats while first generation CR-V owners will appreciate that it’s roughly the same size as what they’re used to. In other words, the ‘HR’ in HR-V must stand for home run because this one is a winner to be sure. 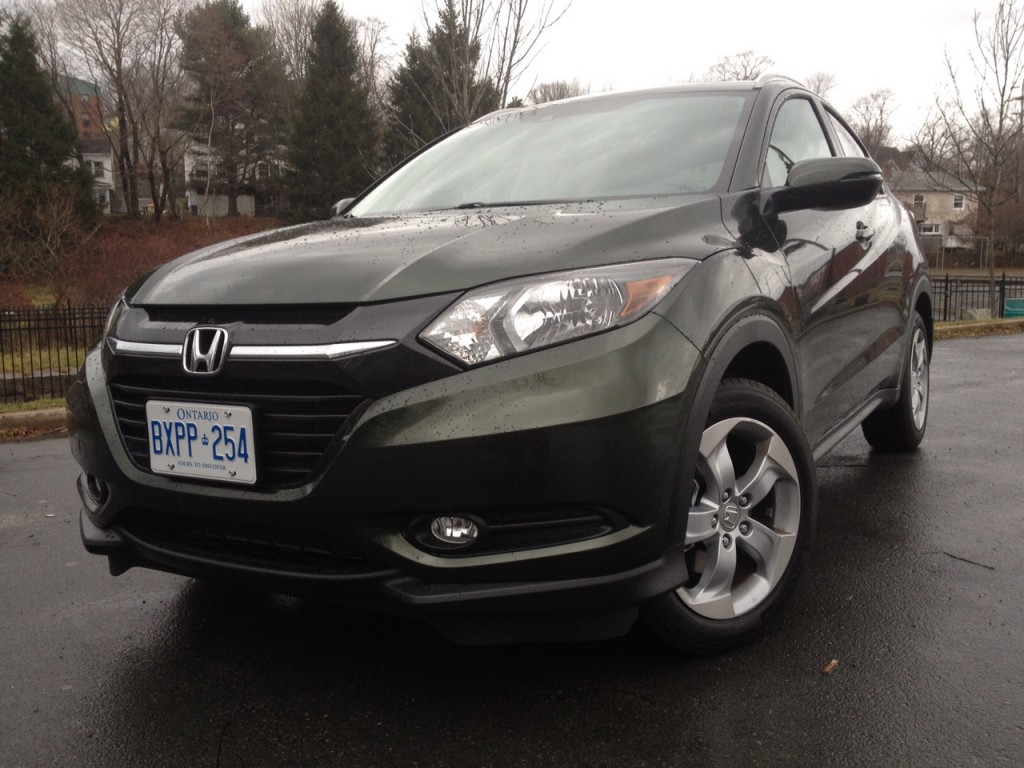