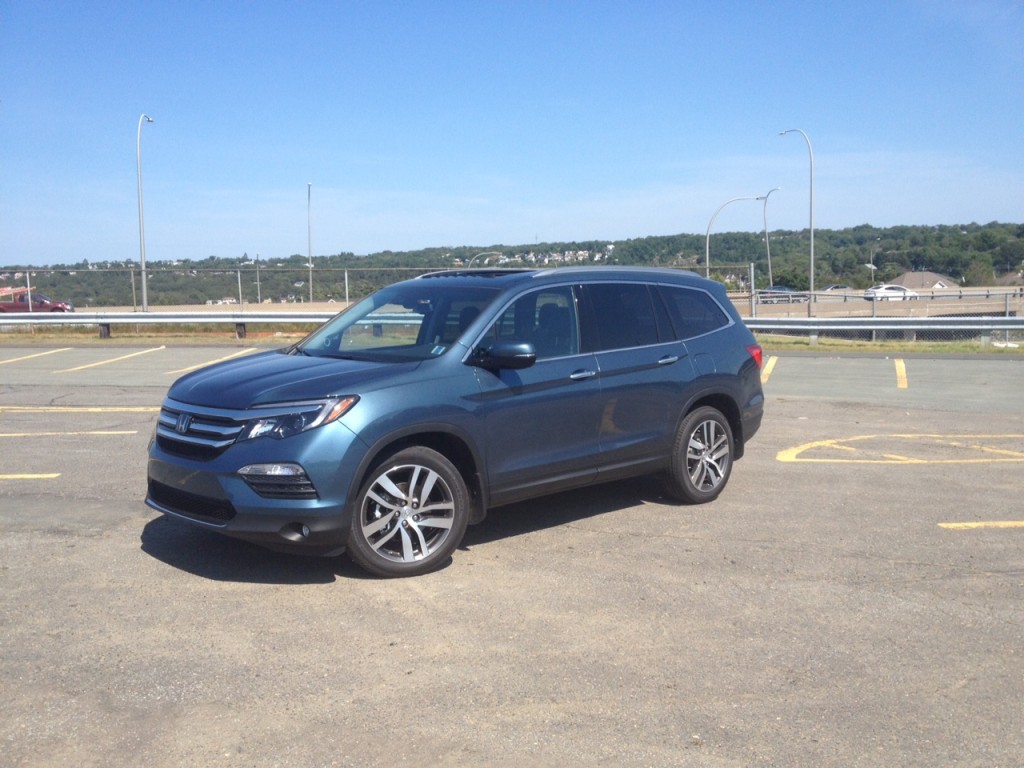 The SUV craze from the late 90′s and early 2000′s had a tremendous impact on traditional minivans, as in they in all but annihilated them.

Then we became a lot more gas conscious, though we were forced to be thanks to sky high gas prices and stricter emissions standards, so those SUV’s got smaller and became car-based in order to save weight. Enter the world of crossovers.

There is no doubt that crossovers are money makers for automakers, so much so that they felt there was little need for traditional minivans anymore. Not only were big crossovers able to seat just as many as a minivan could, but they had a much more appealing image, something the minivan never really had.

Today, there are about five minivans left of the market, two of which are essentially the same van (the Dodge Grand Caravan and Chrysler Town & Country), so you could say there are just four.

These large crossovers must be pretty good in order to almost destroy an entire segment.

Interestingly enough, there are a few manufacturers that offer both. Honda is one of them. The Odyssey is still soldiering on, but Honda has just redesigned their largest crossover, the Pilot. Is it good enough to put the final nail in the coffin of the Odyssey? Sibling rivalry can sometimes get ugly.

Once upon a time, the appeal of SUV’s had a lot to do with their two-box shape. As mentioned above, once they transitions to crossovers, they lost the boxyness in favour of more angular designs. When Honda redesigned the previous generation Pilot, they seemed to miss the boat on that one, continuing on with the traditional SUV look. While there was nothing wrong with the look, it was a bit like Honda waiving a trucker hat around saying “these things are still in, right?” 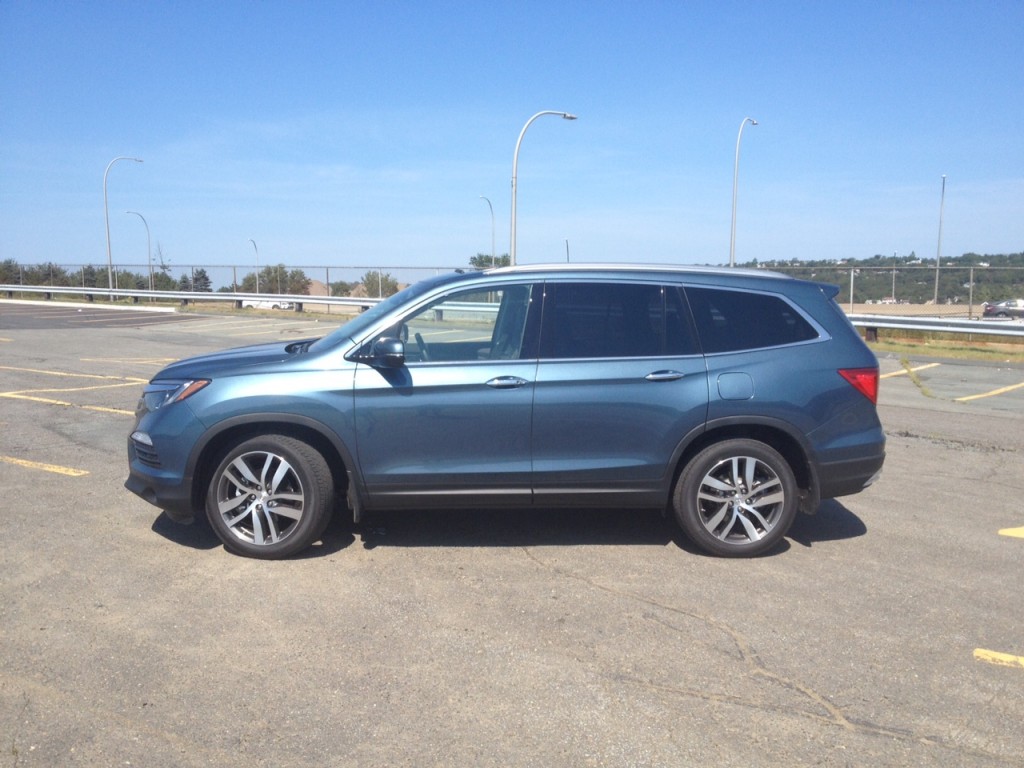 While Honda may be late to the more shapely design party they’ve definitely come up with a more interesting design. You could even say the look is akin to a huge CR-V now, of course with more distinguishing features such as a larger grille which splits the headlights, 20 inch wheels (only available on the Touring model, also a first for Honda) and large all-red LED tail lights among other things. Overall the look works and Honda has been taking a few more risks with its designs, which is likely to pay off in the end. 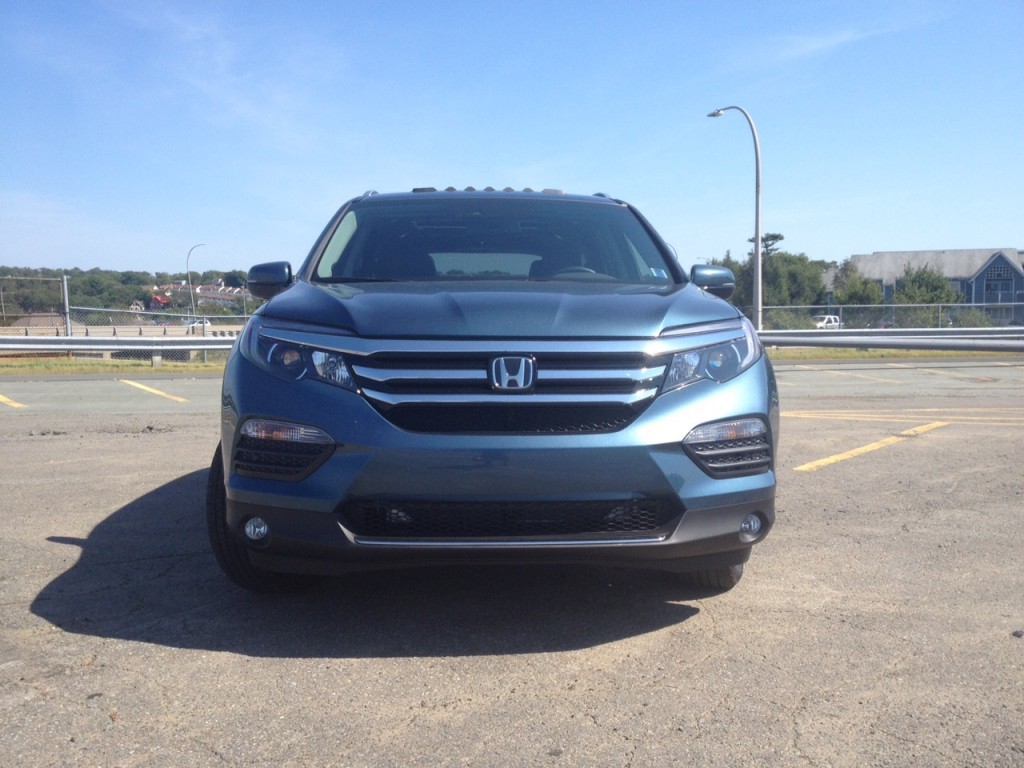 Inside you’ll find a redesigned cabin which looks good for the most part. The Pilot now comes with Honda’s standard centre stack design which houses a single infotainment screen. There’s a few problems with this system. Firstly, it doesn’t house a volume knob anymore. It’s now touch sensitive and it might be one of the most frustrating changes on any new car I’ve experienced. Honda says you can adjust the volume on the steering wheel with a button, which is better than the touch sensitive ‘solution’ they came up with, but it’s still not a knob. Secondly, the system itself is a bit dim witted as it only seems to respond to commands about half the time. The same can unfortunately be said for the voice commands. 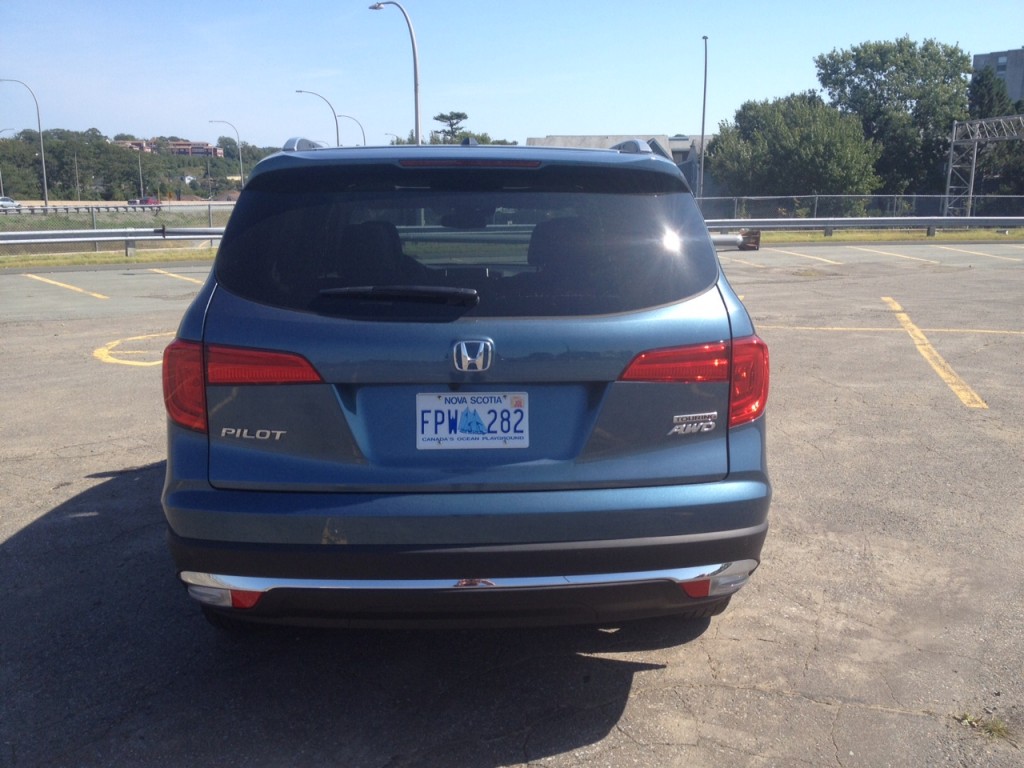 Luckily the bucket seats up front are plenty comfortable. The Touring trim only nets you seven seats as opposed to eight, but access to the third row is a synch thanks to a button which throws the second rows seat forward. The third row seats aren’t bad, but you would definitely have more room and comfort in the third row of an Odyssey. All rows fold for great cargo capacity and even with the third row seats up you can still fit a medium sized cooler behind them. 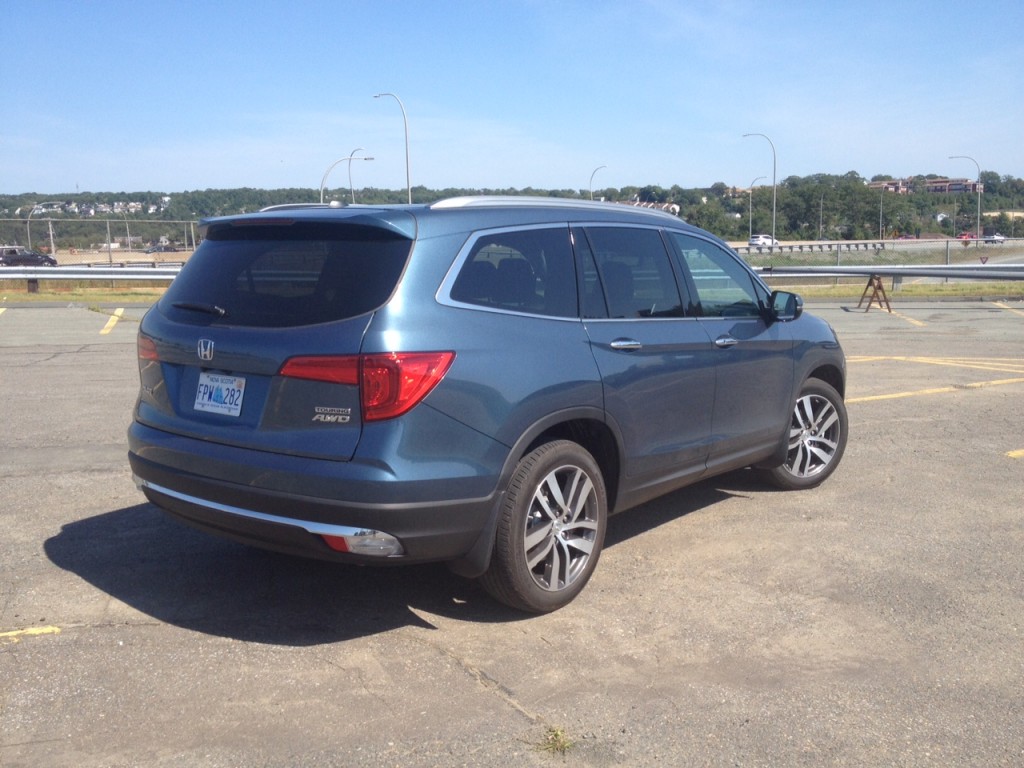 The Pilot is powered by a 3.5 litre V6 which produces 280 horsepower and 262 pound foot torque mated to a 9-speed automatic. This transmission is accessed by a push button shifter, the same found in modern day Acuras. A lot of people have commented that this method is unintuitive however I found it quite easy to get used to. Whether or not it’s strictly necessary is another story. Anyway, the transmission itself is fine – in fact it’s better than Chrysler’s 9-speed automatic – but I still am wondering what the case is for nine speeds. Yes, technically it helps to reduce fuel consumption but that’s only true if it ever reaches ninth gear, which is rarely does. Even on the highway while attempting to manually shift it into ninth, the transmission often won’t let you. To me, the gear wars is just as silly as horsepower wars back in the day. With that said, the 9-speed found in the Pilot is fairly smooth and predictable. 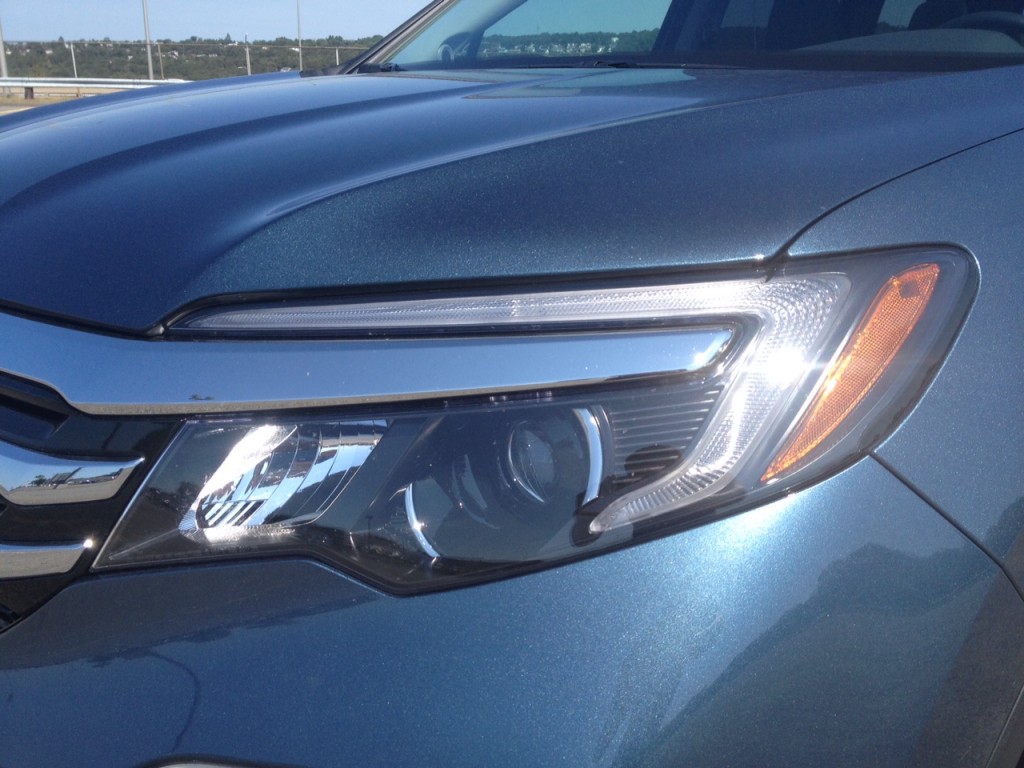 On top of that, the Pilot doesn’t necessarily feel quick. It’s far from being sluggish but it feels quite heavy when it tries to hustle off the line. The good news is steering feedback is actually good and handling isn’t so bad either despite its heft. The 20 inch wheels look good but they do produce some road noise and you’ll definitely feel most imperfections in the road as a result. 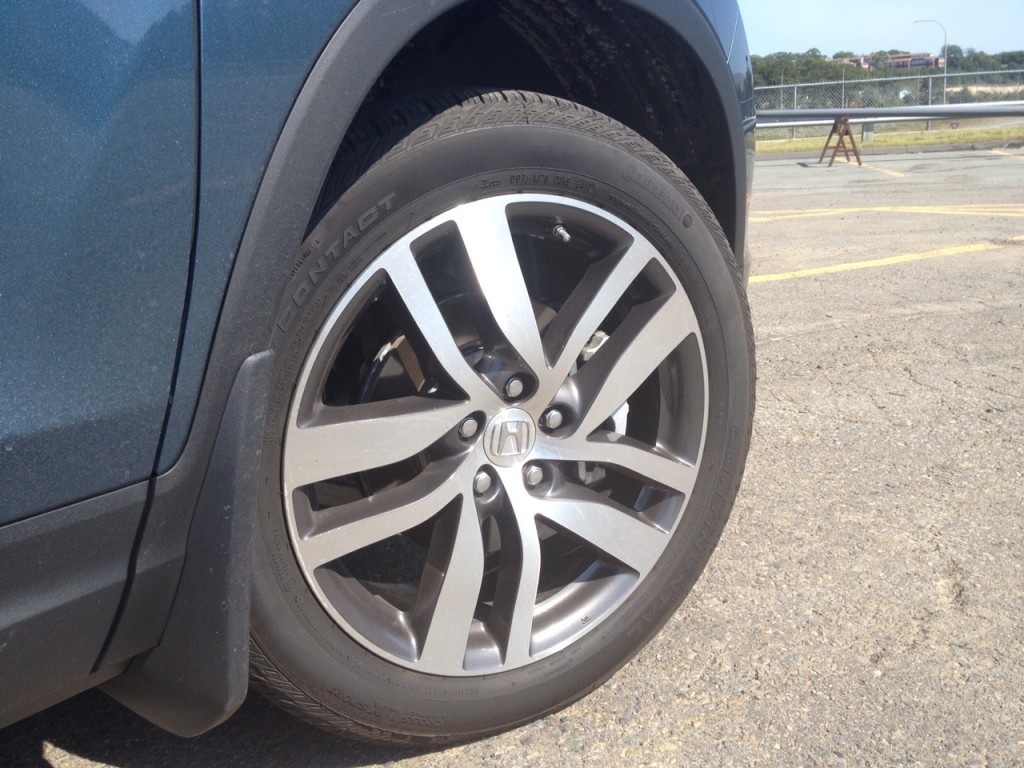 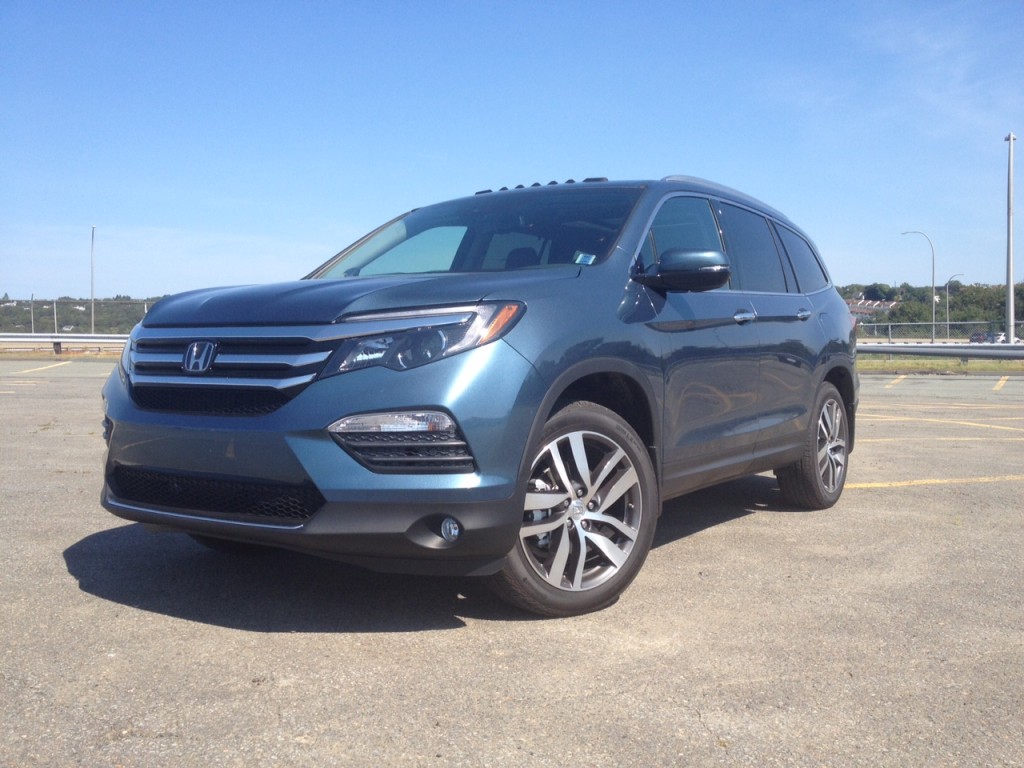 But going back to the original point, I’m wondering what advantage it has over the traditional minivan. Sure it’s better looking and has all-wheel drive but it’s less practical, more expensive and is no better on gas. For minivan buyers, who tend to think more so with their brains rather than their hearts, those downsides are just enough to steer them towards the Odyssey. For those who want more style over substance, the Pilot is a pretty decent option, but then again, it has stiff competition.

One thing is for sure, no matter what your preference, Honda is smart enough to offer both options, something I bet some car makers who axed their minivans may sometimes regret.