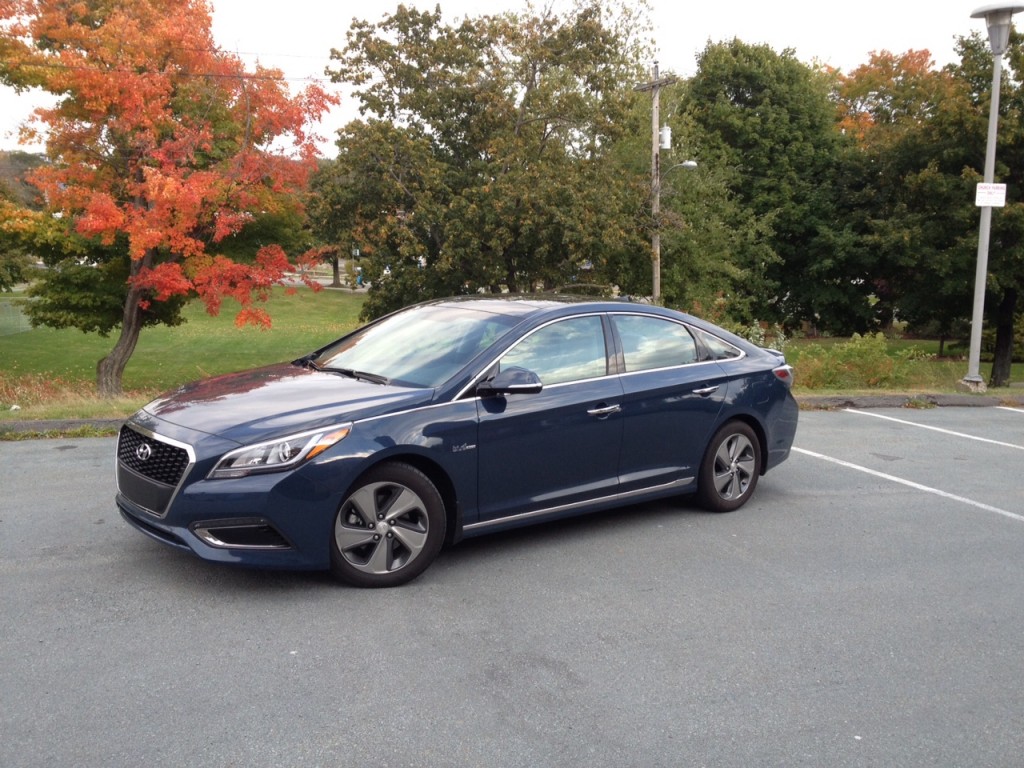 With the reputation of diesels getting a hit from a certain popular German brand, some may be revisiting the idea of buying a hybrid in order to save fuel.

My personal opinion on hybrids is that they are a relatively impressive achievement. Not only are they more efficient than conventional gasoline engines, but they are usually loaded up with some high tech designs and gizmos, giving the feeling that you are driving something futuristic.

However for someone like me who is cursed by the incessant need for driving fun to go along with my gas savings, most hybrids of today are severely lacking. Sure, there have been tremendous strides made by automakers to cater to my kind. The Porsche 918 Spyder, for example, is a hybrid and it can go from 0-100 kms in 2.6 seconds all while maintaining a fuel consumption rating of just 3.1 L/100 kms according to the European measuring scale.

To put that into perspective, a Toyota Prius is rated at 4.7 L/100 kms. That’s right, one of the fastest cars to ever lap the famous Nürburgring in Germany bests what was once the most fuel efficient production vehicle in the world. Talk about having your cake and eating it too.

The problem? Porsche kindly asks for $845,000 for the pleasure of building one for you.

You could buy 32 Toyota Priuses for that kind of money.

Well, oddly enough, Hyundai of all companies think they may have an, albeit vastly tamer and more realistic answer in the form of the Sonata Hybrid. 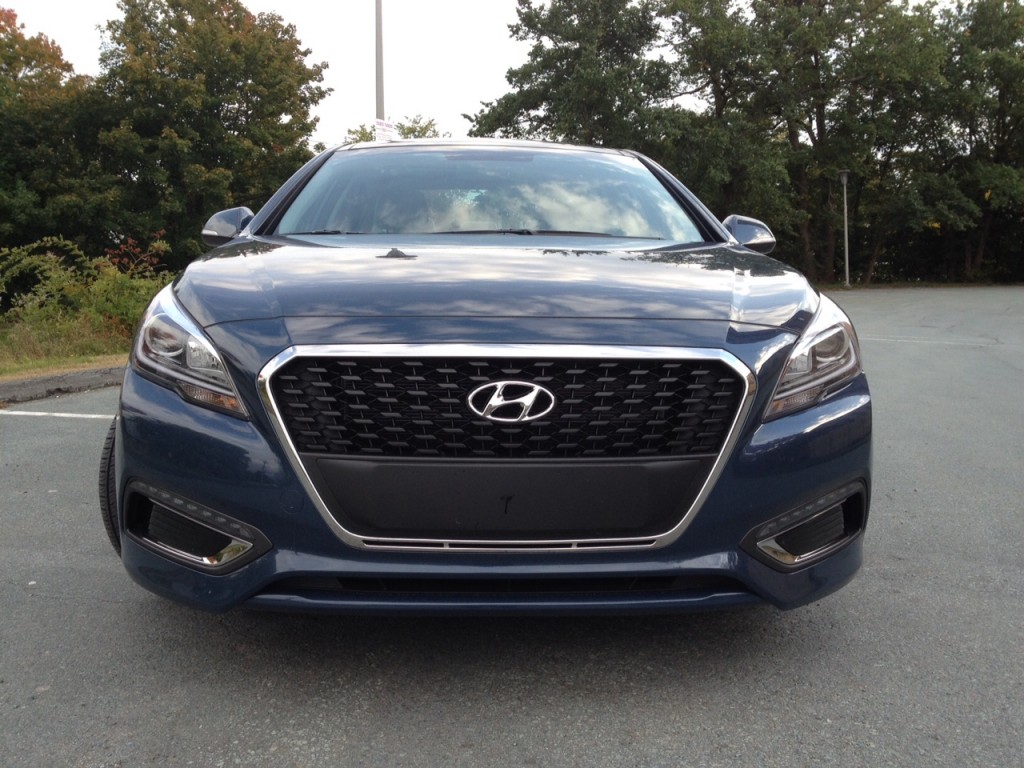 Now in its second generation, the Hyundai Sonata takes on some different styling cues from its regular gas engined brethren. Firstly, you’ll notice a much larger and gaping front grille giving it a bit more of a premium look. The headlight cluster has changed, for reasons I’m not even sure of since they use the same dimensions as regular Sonatas, and clear Altezza-style LED tail lights are out back, which are also reworked. The rear pumper is reshaped for improved drag coefficient which, by the way, has the second best coefficient behind the Tesla Model S. Some uniquely designed 17-inch wheels, also designed to reduce drag, help to differentiate the Sonata Hybrid further. The end result is a look that is likely agreeable to most, yet different enough to signal that you’re not driving a run-of-the-mill Sonata. 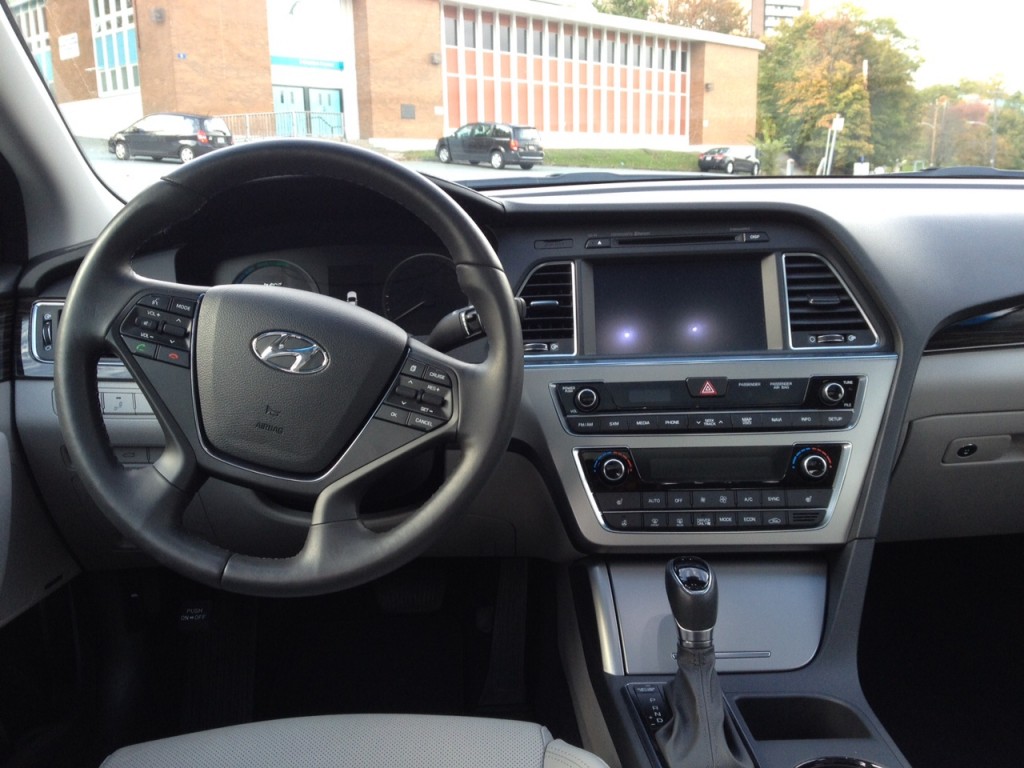 Inside, you’ll find an interior which could be described as pleasant and airy. My tester’s cream coloured leather seating along with its enormous panoramic roof gives an open air feel which is a good thing if you suffer from claustrophobia. The premium designed flat dash is angled toward the driver slightly and it also houses the 8-inch infotainment screen which responds decently well to commands. I’m happy to report that Hyundai seems to have ditched the awful dark blue on black gauge cluster and has gone to a more palatable white on black set-up, sparing your retinas, all while providing the same clear and crisp nature of the smaller LCD display in the middle of the gauges. This screen will let you know how much gas you’re using, what the battery is doing, displaying what song is playing on the radio and much more. 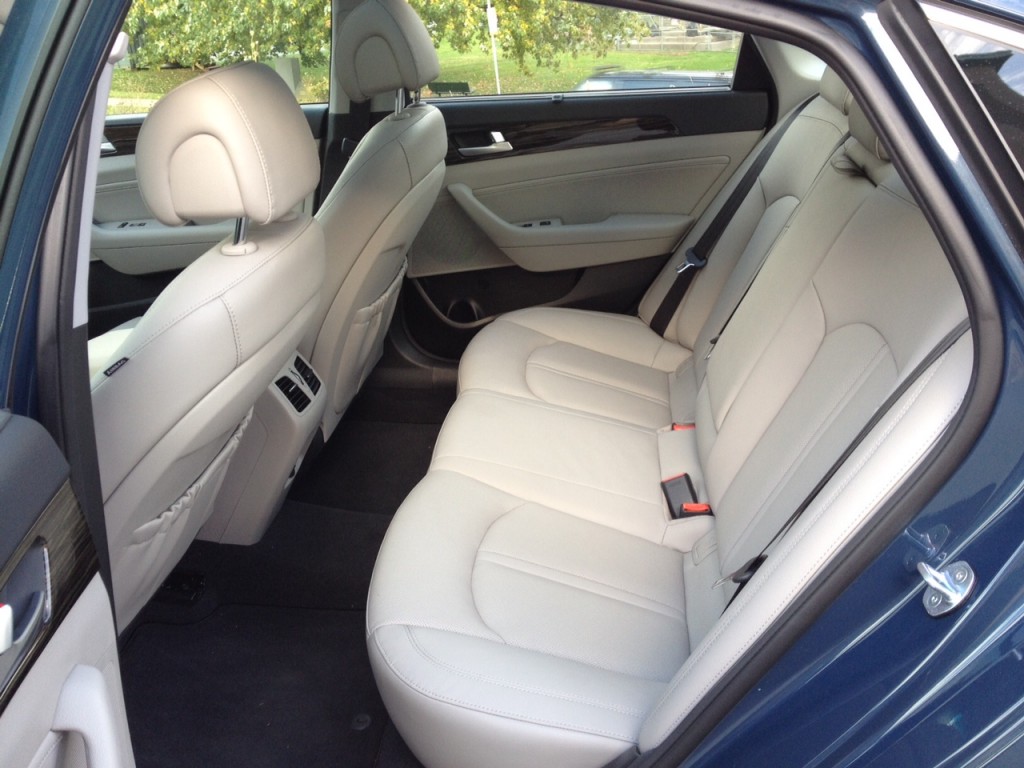 Being a large sedan, head, leg and knee room are good no matter which seat you are relegated to, but given the low-stance of the Sonata Hybrid, some may find ingress and egress a bit challenging. However cargo space is quite good for a hybrid, that is to say, you can actually fold the rear seats down as the lithium ion batter pack used has the ability to be shaped, so Hyundai got rid of the spare tire in favour of a patch kit, and placed it there. The Sonata Hybrid’s rivals do not have this set up and therefore the seats cannot fold flat. It’s a smart idea, kudos to Hyundai for that. 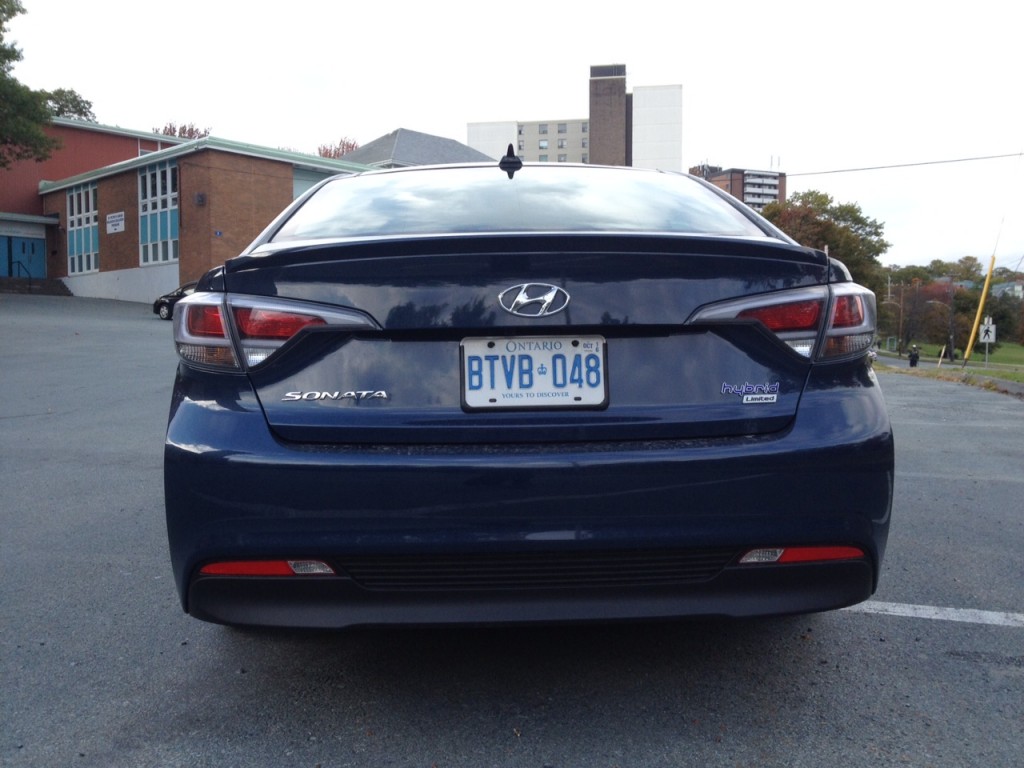 Now, in order to more easily access the cargo area, Hyundai has added their latest feature for those with both hands full. If you just stand behind the car for three seconds the trunk will automatically open. I will concede that doing it this way looks way less psychotic than doing a kicking motion underneath your car like with some systems, but there are a few problems with it. After putting away some groceries in the trunk at a parking lot, I ran into an old friend and we were catching up behind the Sonata. Since the system detected the key fob it lifted the trunk automatically. Thinking I had forgotten to close the trunk, I closed it and continued on with the conversation. Then after three seconds the trunk lifted again. Embarrassingly, I told my friend that we were going to have to continue the conversation to the side of the car otherwise it would just keep happening. Then there was the time when I tried to demonstrate the hands-free trunk opening ability to my sister and nephews and right on queue it decided to not work. 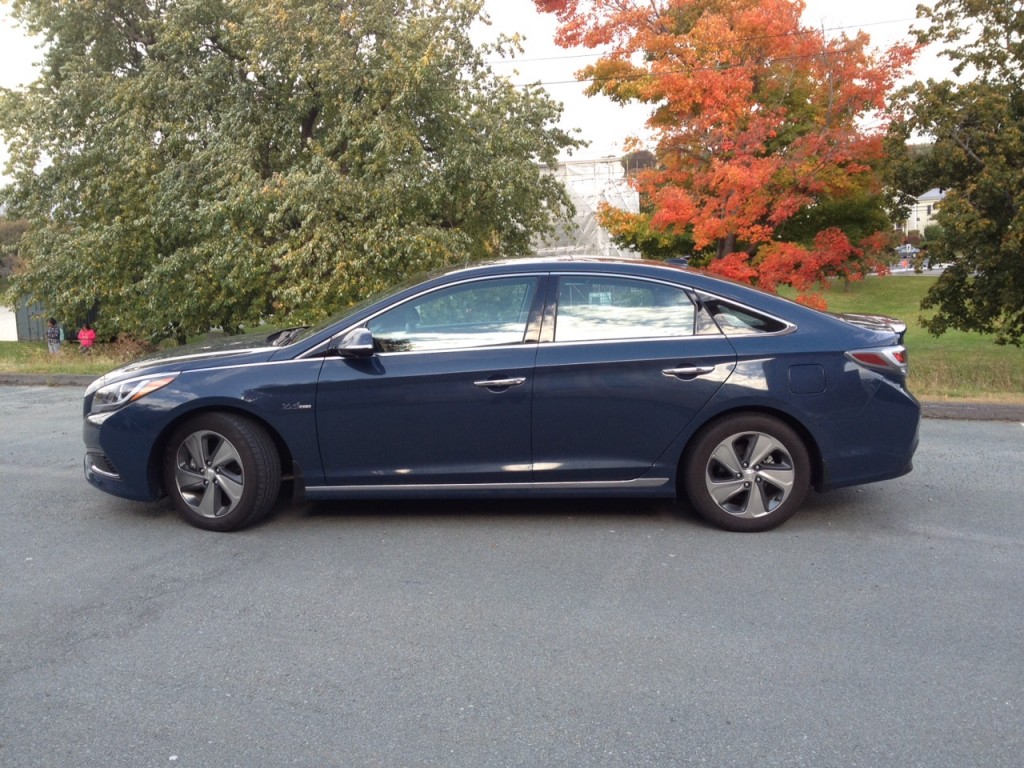 The Sonata hybrid gets its power from a 2.0 litre direct injection gas engine which is good enough to produce 154 horsepower and 140 pound feet of torque. The electric motor is a 56 kilowatt system which bumps the horsepower up to 193 combined. Hyundai has gone a bit unconventional, for a hybrid that is, when pairing the motors with a transmissions. Most companies use a continuously variable transmission (CVT) because they are inherently efficient, but Hyundai chose to mate it with a six-speed automatic. This makes for a way more engaging drive. 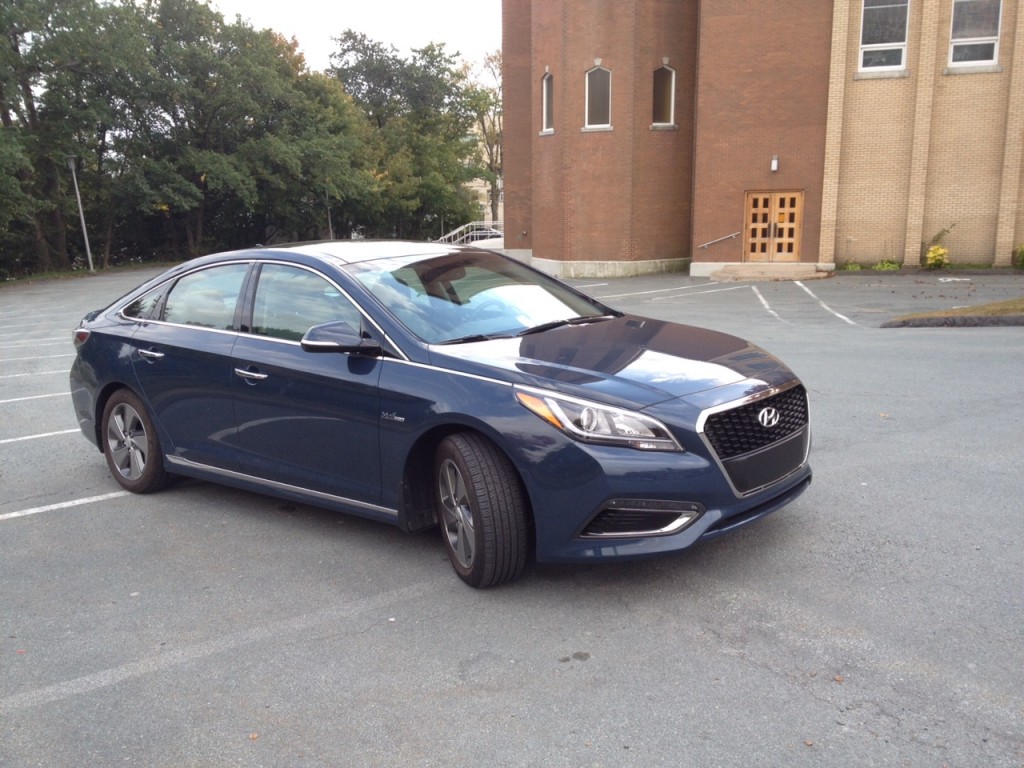 There are three different driving modes to choose from: eco, normal and sport. Eco isn’t bad but in this mode it feels as if you’re forcing the Sonata Hybrid to do something it doesn’t want to do, i.e drive, while normal provides a, well, normal driving experience. Sport mode really opens up all the gates for power and the Sonata drives fairly quickly. For someone who enjoys a more sporting method of driving, I found myself in sport mode more often than not, all while happily being able to shift the gears myself from the regular old automatic. Gear shifts are a bit delayed but that’s a concession I’m only to happy to make in order to drive a hybrid without a CVT. One annoying aspect is the car seems to always default to eco mode every time you start it up, so you have to manually switch to normal or sport each time you start it up. I don’t like when cars have default modes. Just leave it in the mode it was in before I parked, I will decide when and if I’d like to switch modes myself. But regardless of which mode you are in, the transition from electric power to gas power is not noticeable at all. Hyundai says you can run on all-electric power up to 38 km/h. I think it can actually do better than that since I was able to get up to 45 km/h before the gas engine kicked in to help. 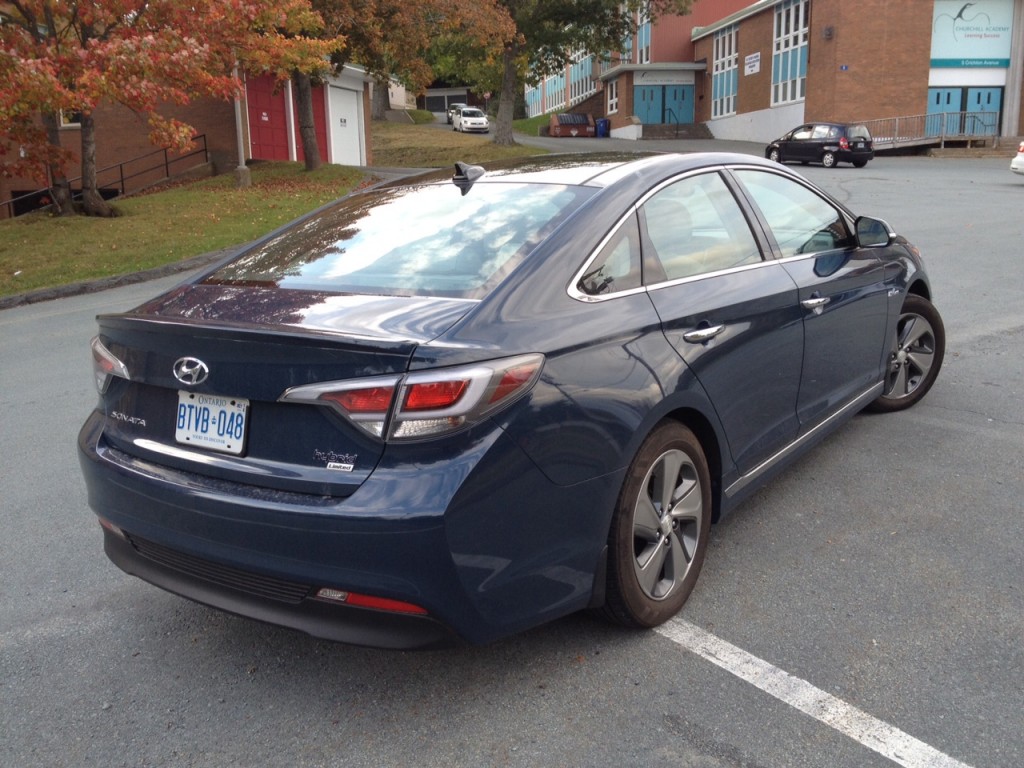 So, while the Sonata Hybrid can transform itself into relatively quick-for-a-hybrid sedan, that’s about where the sporting nature ends. Being on rolling resistance tires, cornering is something it doesn’t much like to do as you’ll get some tire squeal if you push it even slightly. However, Hyundai made the body 41% stiffer than a regular Sonata which meant body roll was minimal. 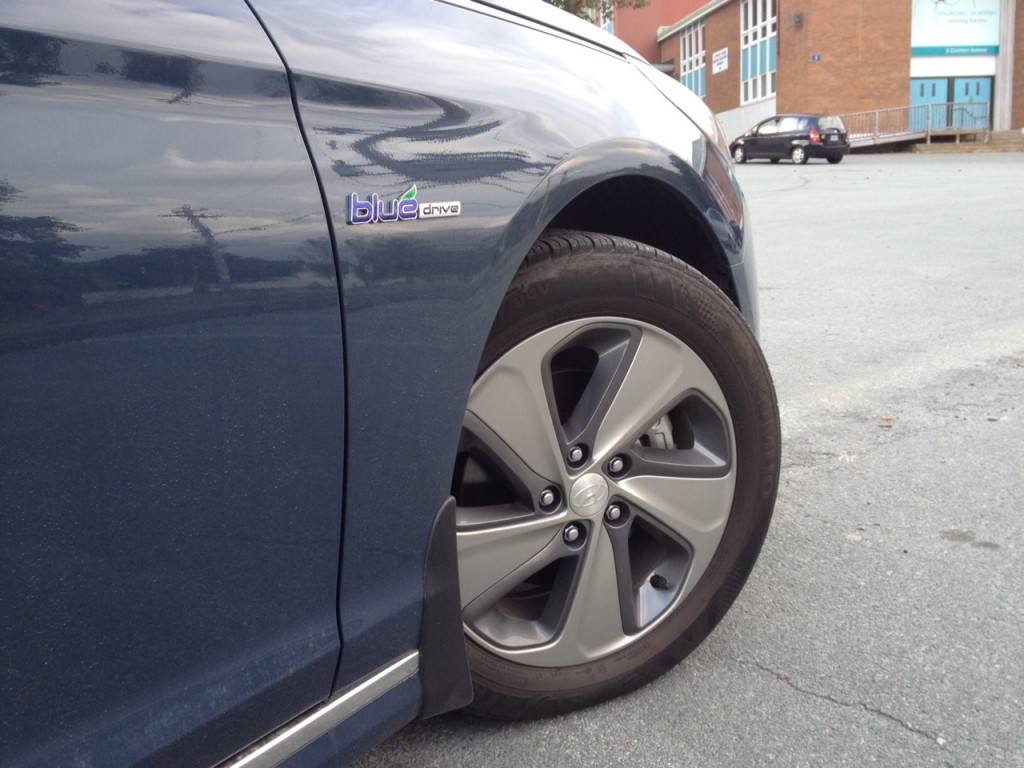 Fuel consumption ratings are at an impressive 6.0 L/100 kms in the city and 5.5 L/100 kms on the highway. During my week with of mostly city driving I was able to achieve real world fuel consumption of 6.2 L/100 kms. Not bad at all considering I’ve already conceded to driving mostly in sport mode. It was kind of hard not to considering I hadn’t driven such a responsive hybrid before. 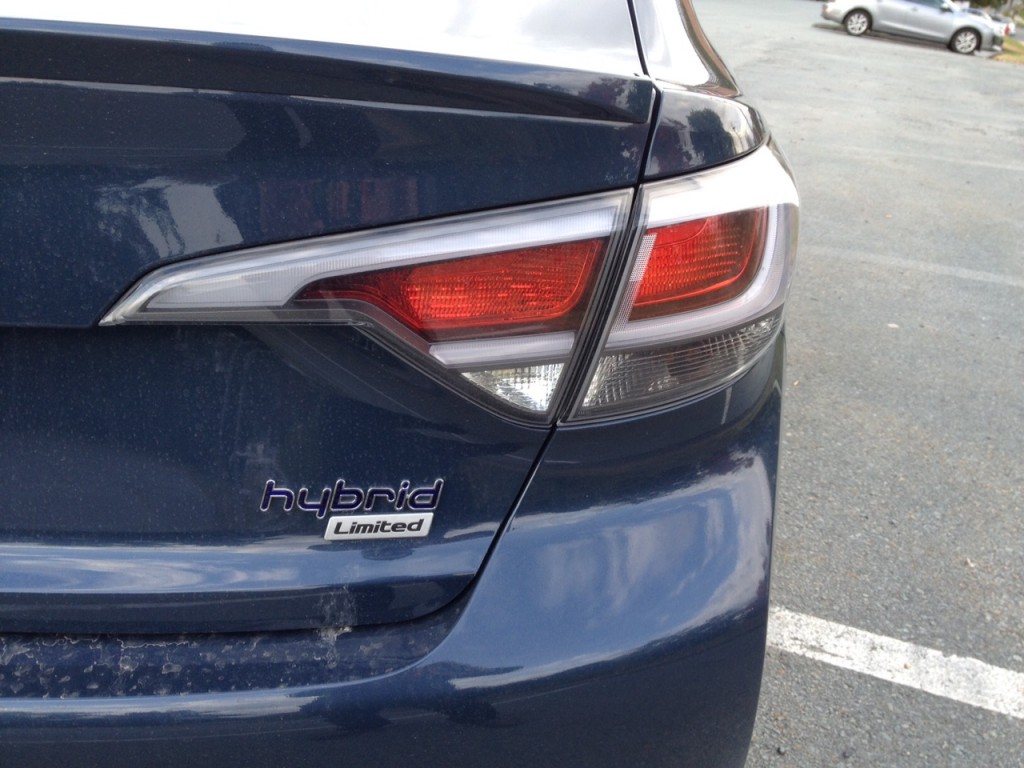 And that’s where the Sonata hybrid really shines. Not only does it return close to its promised fuel consumption figures, even when driven spiritedly, but the fact that it can drive spiritedly at all is what it impressive. While I still would not plunk my hard earned cash down for one, it’s comforting to know that hybrids, to some measure, are evolving to be more inclusive to those of us that have a soul aka those of us who actually love to drive. It’s nowhere near comparable to a Porsche 918 Spyder, but I would say it is definitely the most interesting to drive of all the typical mid-size hybrids today. 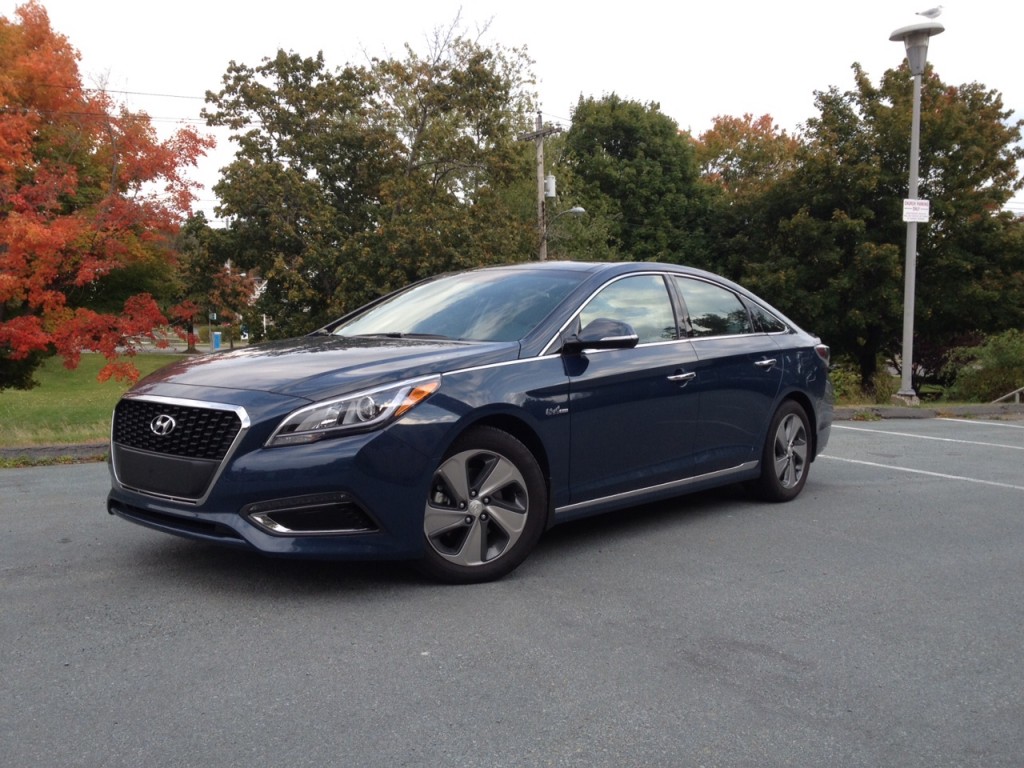 Note: The Volkswagen Passat TDI would normally be on this list but the engine is no longer being sold until Volkswagen can sort out its emissions woes.