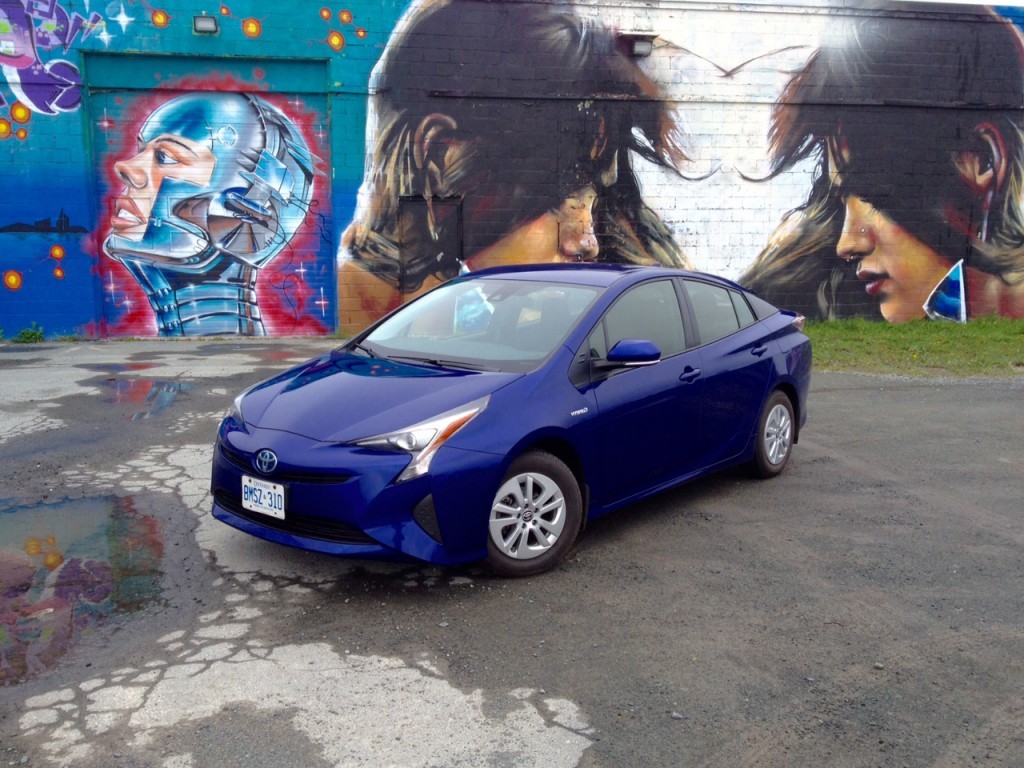 Shapes can mean lots of things to lots of different people. The interpretation of shapes is an integral part of the arts community for example.

Shapes can sometimes be iconic, especially when it comes to the auto industry. We’ve seen plenty of familiar shapes over the decade that would just plain be blasphemous if they were ever messed with too much: the Porsche 911, the Volkswagen Beetle, the Jeep Wrangler.

But I’m prepared to add another to the list: the Toyota Prius.

The design itself is both a win in terms of a brand exercise and completely necessary for the Prius’ reason of being. The shape has gotten to the point where a Prius is easily discernible in a crowded parking lot, which helps Toyota’s brand recognition, but other companies who dare compete get lambasted for copying the Prius’ design. In actuality, it’s necessary for the competition to do so as its shape is proven to be the most efficient in terms of drag coefficient.

It is, therefore, a bit of a big deal when a new Prius is developed with it being the poster child for efficiency and environmentally conscious celebrities everywhere.

The fourth generation has officially arrived. But the Prius isn’t the only game in town anymore. Does it still have what it takes to keep its crown? 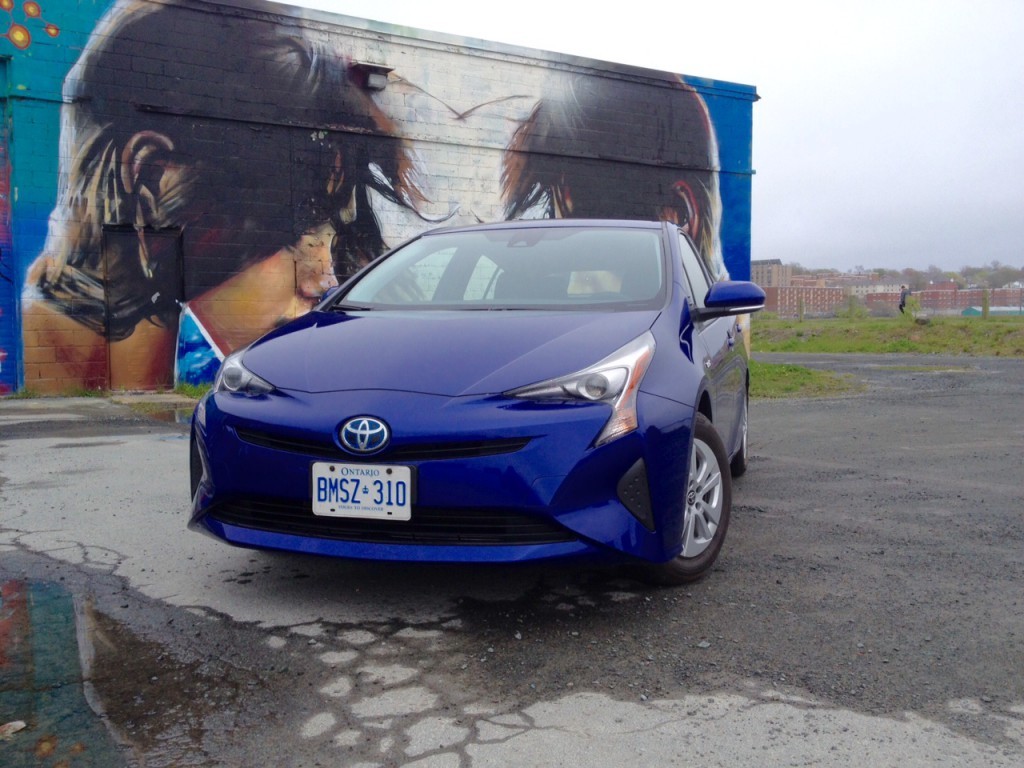 Being limited to a certain shape for brand and efficiency reasons, it may have proved a bit challenging for Toyota’s designers to come up with a new design. As a result, it seems as if they actively went out of their way to come up with something markedly different from the last version. That explains the strange front fascia; described as a ‘grinning cat’ by a friend. The tiny shopping cart-like wheels on my base model tester also look strange and, well, the rear end tail lights design – while eye catching at night – just looks plain awkward. With that said, maybe it can be considered an evolution of awkward since generations before it might be described as such.

The new Prius certainly sticks out, but I’ll leave it up to you to decide whether it’s for the right reasons or not. 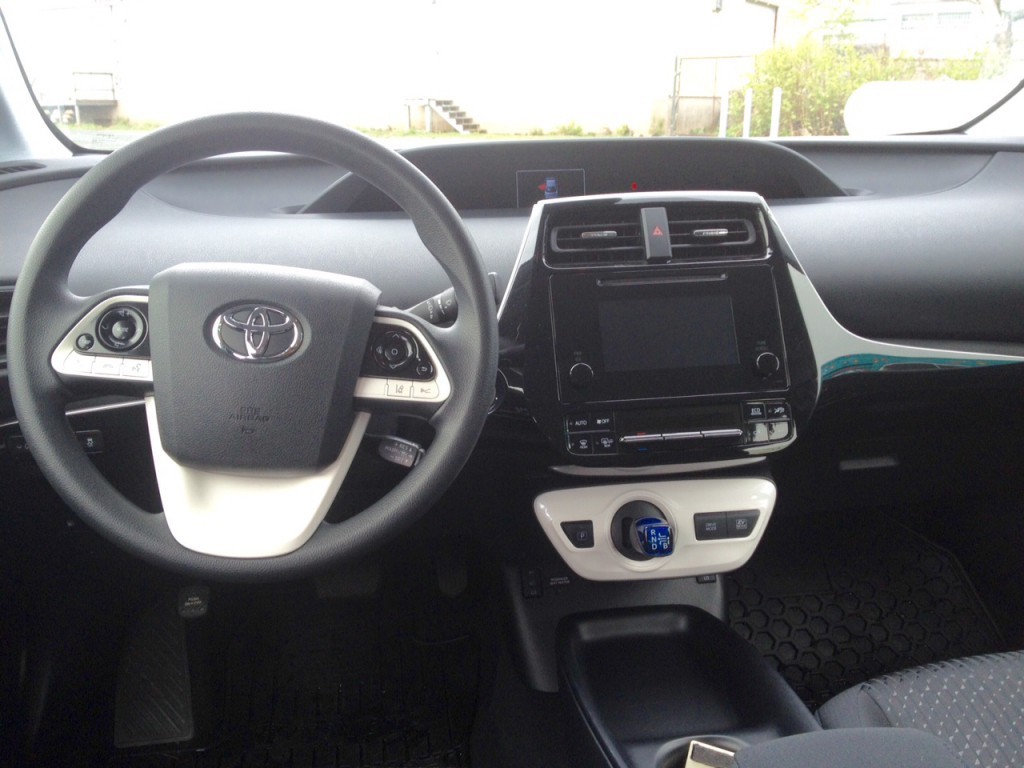 Likewise, the interior isn’t typical fair. Apparently not learning from Chevy’s mistake of using tacky white plastics all over the dash of the Volt, Toyota is banking that people will like their take. Personally, I find it looks cheap. Luckily, Toyota also used some restraint in this regard.

The gear selector is not typically placed and does not typically function the way we’re all used to. It is placed a little too low and its spring ball action is likely to confuse drivers initially. After a week of driving, I did end up getting used to it. 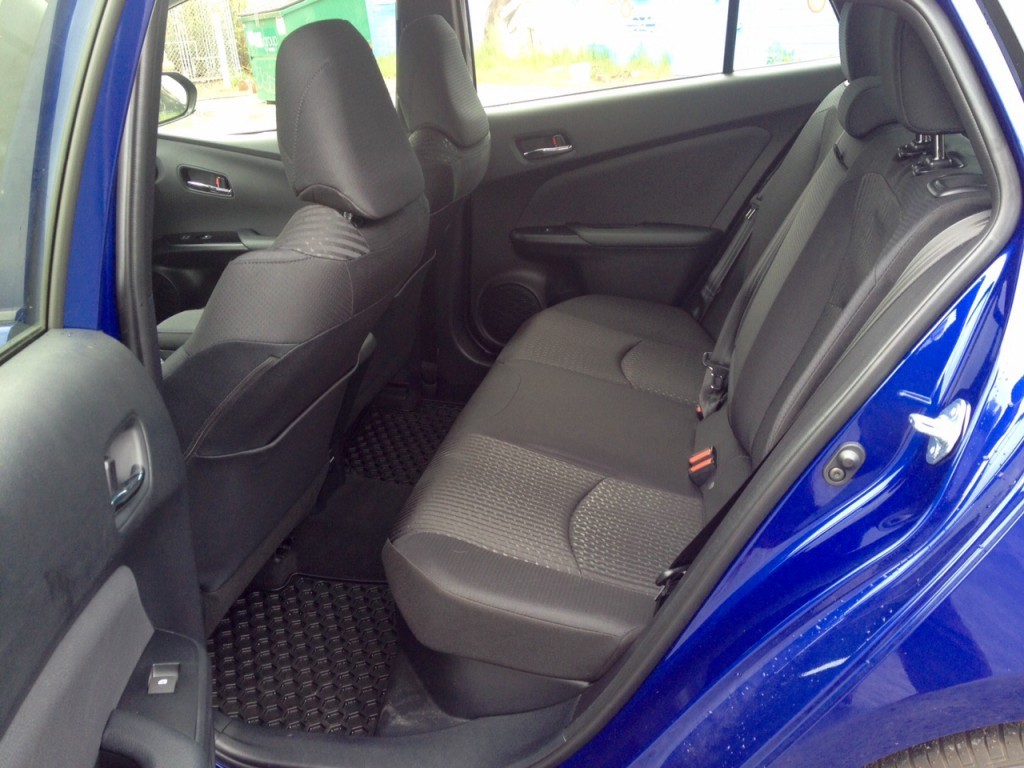 The centre screen is decent in terms of size and function, but I am not a fan of having the instrument cluster rest on top in its centred position. I’m not entirely sure what advantage one gets by placing it further away from the driver’s eyes.

Interior room shouldn’t be too much of a problem for most and being a hatchback most will find cargo space more than adequate, though the load floor is a bit shallow due to the position of the battery. That space of course increases when the rear seats are folded down. 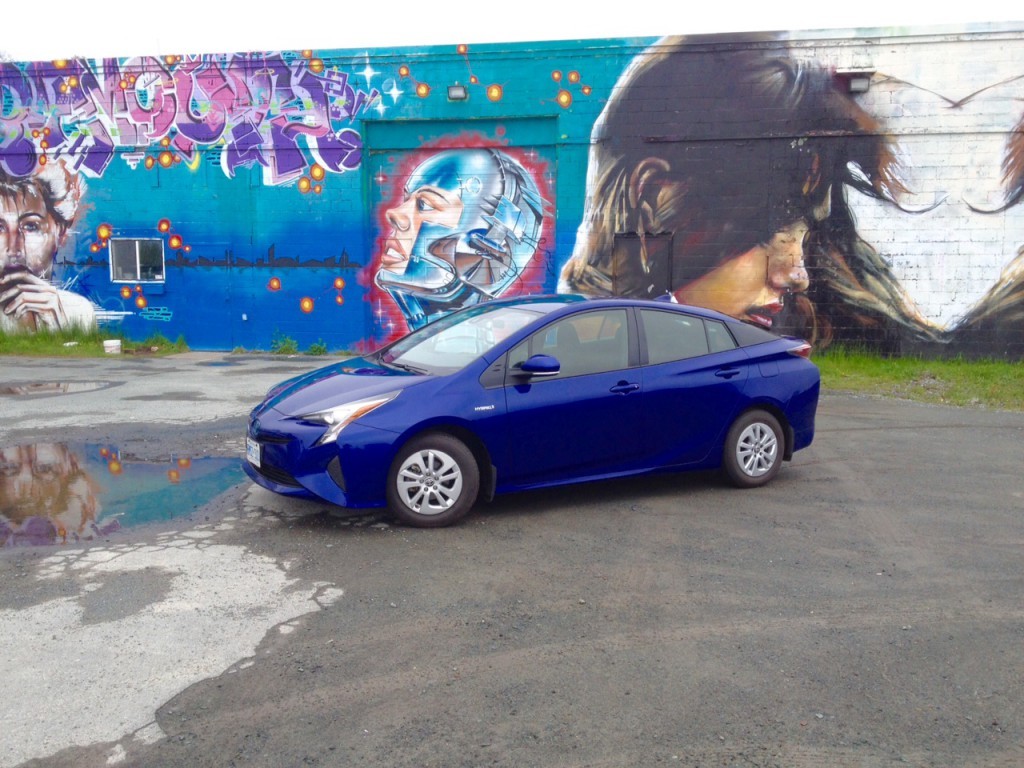 The Prius makes use of a 1.8 litre gas powered 4-cylinder engine which produces 95 horsepower and 105 pound foot of torque. Add in power from the electric motor and the combined output is 121 horses. This may seem like a stingy amount of juice, but in low speed situations, the Prius reacts well delivery good power. In eco mode this power is neutered, but even just in regular mode, I didn’t often find myself wanting for more power. The units are of course married to a continuously variable transmission, being inherently efficient, however it should be noted that company’s such as Hyundai, continue to use conventional automatic transmissions in their hybrids. It remains to be seen how much of a penalty you get a result, but one thing is clear, the driving experience is measuredly improved with a  regular automatic. 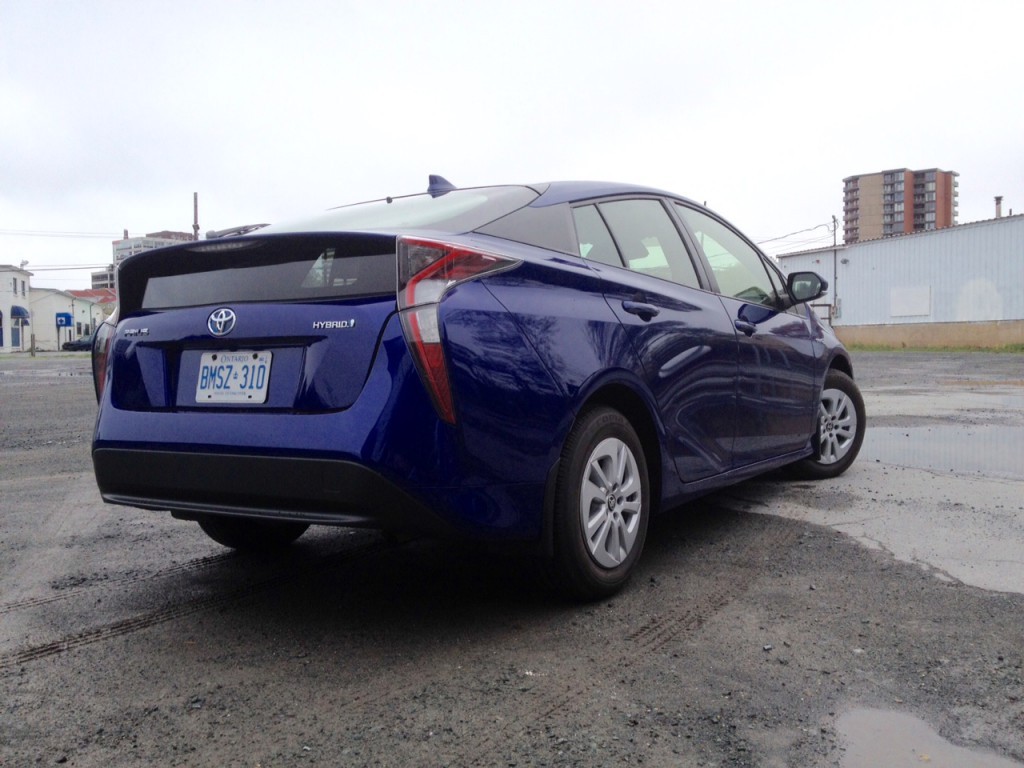 If you’ve never driven a Prius before, or indeed any sort of hybrid, then you may wonder what it’s like. As little as five years ago I could say with confidence that it was an experience that took some getting used to. Now, though, with this latest Prius, it’s really only the funky styling that gives away you’re driving something different. Road comfort, noise and over all compliance is above standard but yet well in line of what you would expect of a Toyota product. The gas engine and electric motor work well in tandem and very rarely does the driver ever notice any change between the two. This was not always the case of past Priuses.

Overall outward visibility is good and manoeuvrability in tight spaces such as parking lots is a breeze thanks to those small tires and relatively tight turning radius. 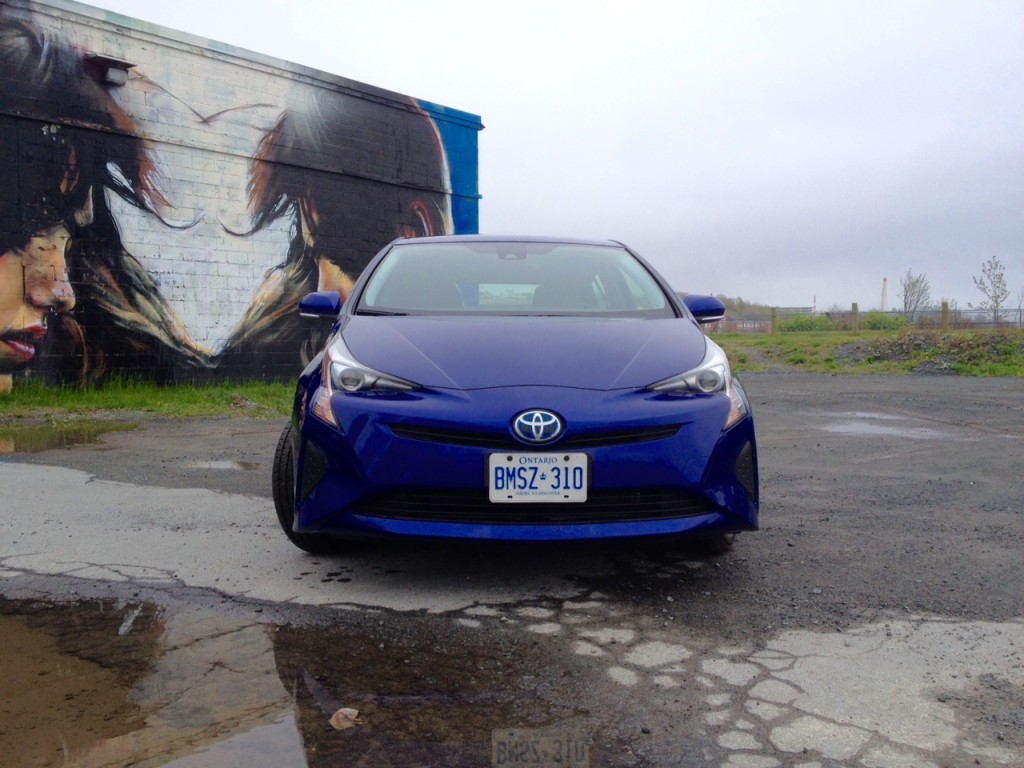 On the highway it performs adequately with minimal road noise, however it feels light on its feet, as if a strong tail wind could put it out of sorts quite easily. It lacks the solid feel on the highway that the Germans often offer, for example.

As mentioned, there are three different drive modes: power, normal and eco. To be honest, if you’re going to buy a Prius, chances are you’ll be more than happy to just keep it in eco mode as it’s unlikely ‘power’ would be anything you would readily need. While this is completely unsuited to my driving style, I kept the Prius in eco mode for 90% of my time with it, in the interest of being realistic, but also at giving it a fair chance to prove that it is indeed still the most efficient car hybrid on sale today. 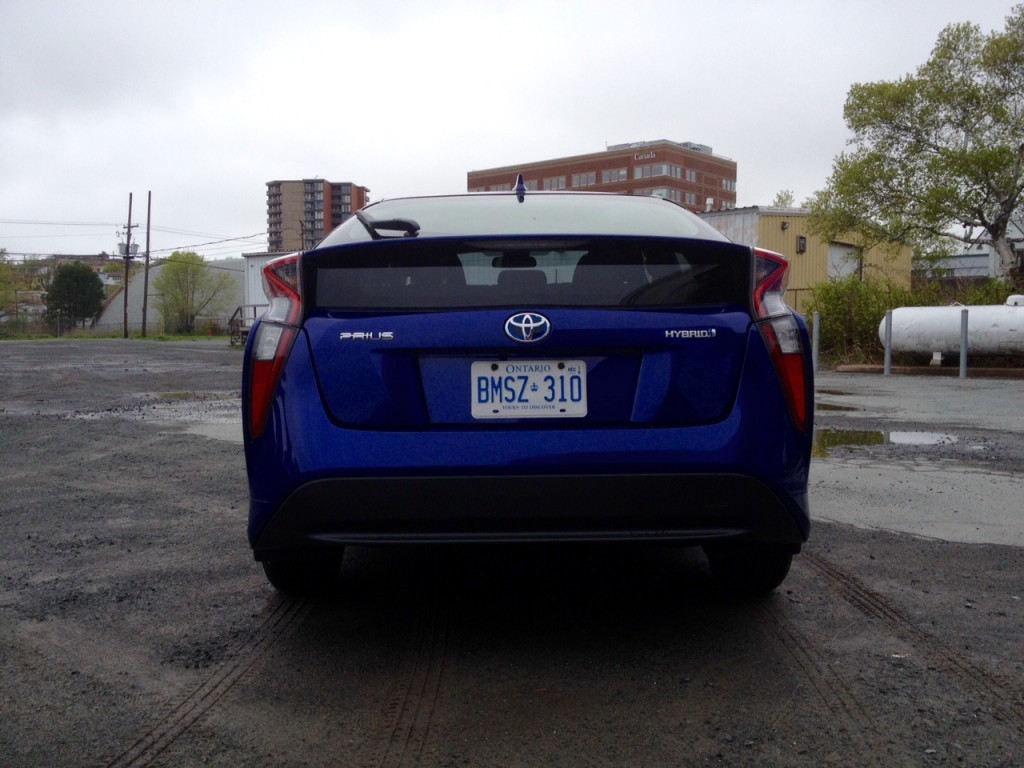 And that brings us to the moment you’ve all been waiting for. Officially, the Prius is rated at 4.6 L/100 kms city and 4.4 L/100 kms highway. Except for keeping it in eco mode for the majority of the time I had it, I did not alter my driving style. The first day of driving, I delivered a disappointing 5.0 L/100 kms in mostly city driving. But each day after that, the Prius delivered on its promise, consistently providing sub 4.0 L/100 kms results. The end result was a final average of 4.0 L/100 kms, but I’m convinced that if that first day wasn’t applied, its average could easily be in the in sub 4.0 L/100 kms range. 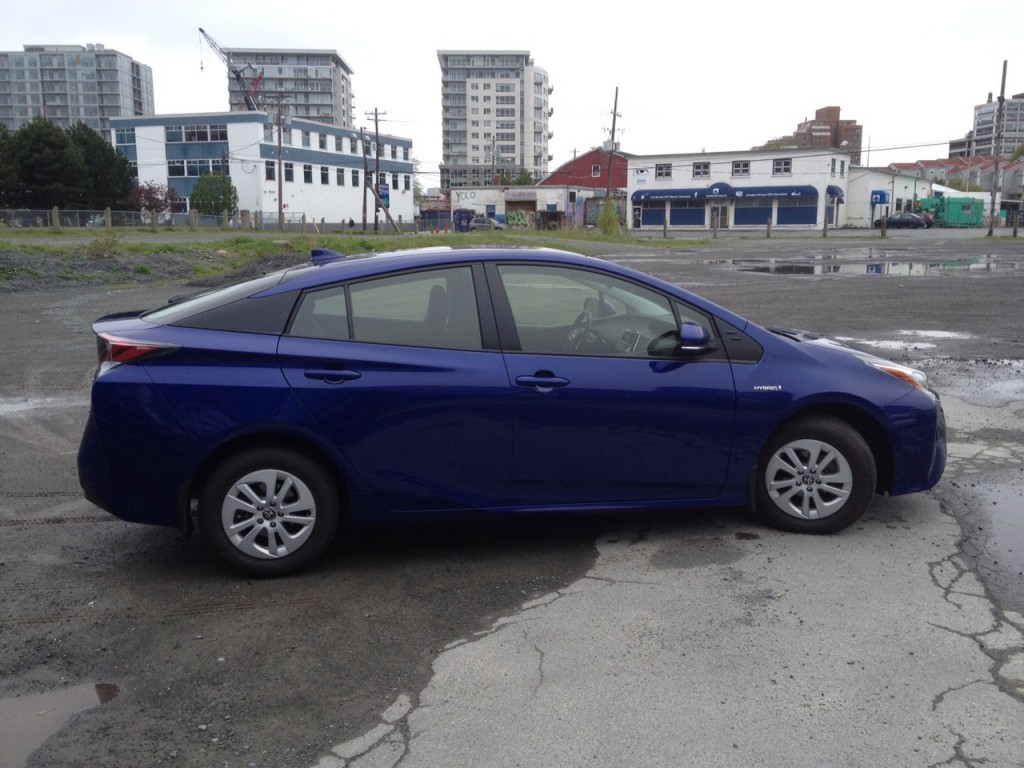 Now while the Prius isn’t necessarily built for someone of my tastes, I’m a car guy through and through which means I can 100% appreciate any car that excels in its intended purpose, perhaps even more so if it excels outside its intended purpose. But there’s no doubting the Prius’ ability to not only deliver on its intent, but to do it in such an unassuming manner (exterior styling excluded). If it weren’t for Prius going  out of its way to stand out as different or seem quirky, I may hazard to say that you could take someone who knows nothing about cars off the street and have them drive the Prius without really batting an eye at the under workings to sip gas. In this regard, the Prius continues to be a mechanical achievement. 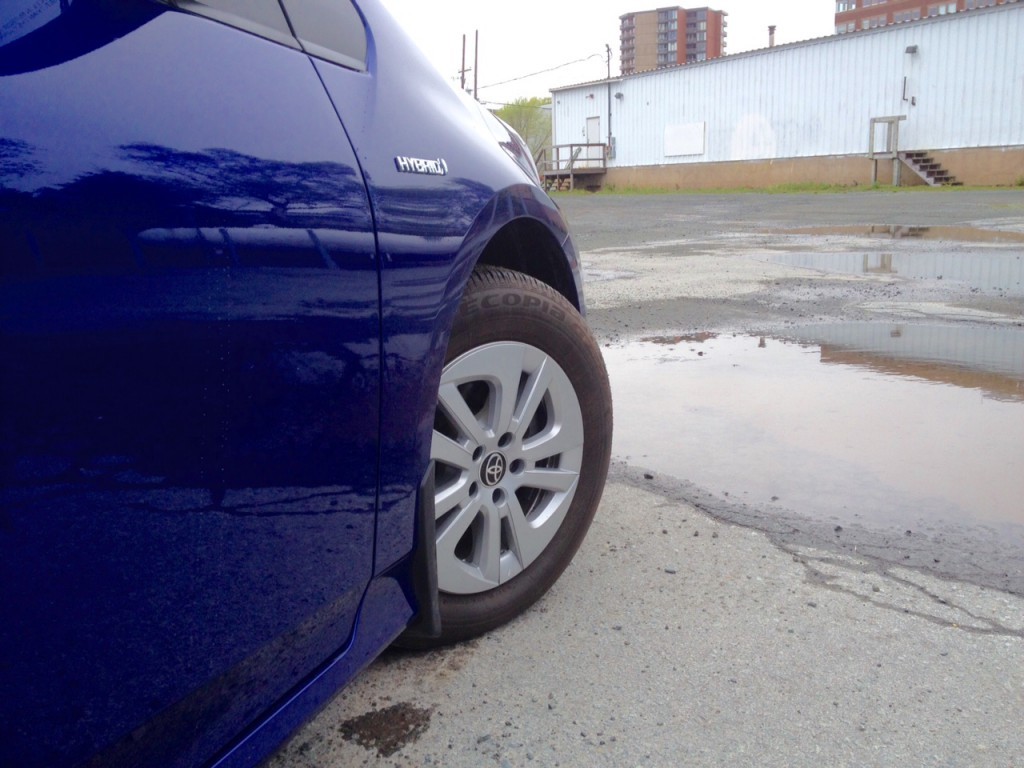 However, with the exception of people who don’t care about driving and those who prioritize monetary or environmental protection, the Prius may fall a bit short. The Ford C-Max, for instance, is more engaging to drive, has more space and arguably the same amount of tech with only a small penalty at the pumps comparatively. And then you have the new upcoming challenger from Hyundai, the Ioniq, which promises to give the Prius a run for its environmentally conscious money. Since Hyundai has been on a role, serving up winner after winner in almost every segment it competes in, Toyota should very much look at protecting the crown rather than assuming it will keep it each year. 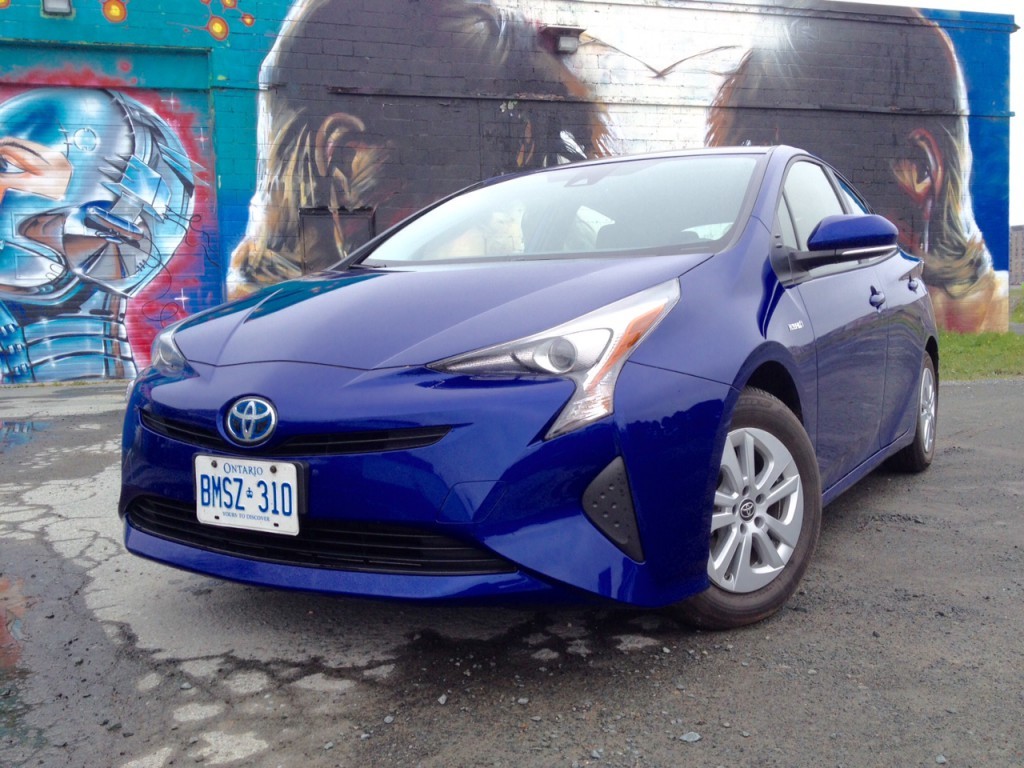