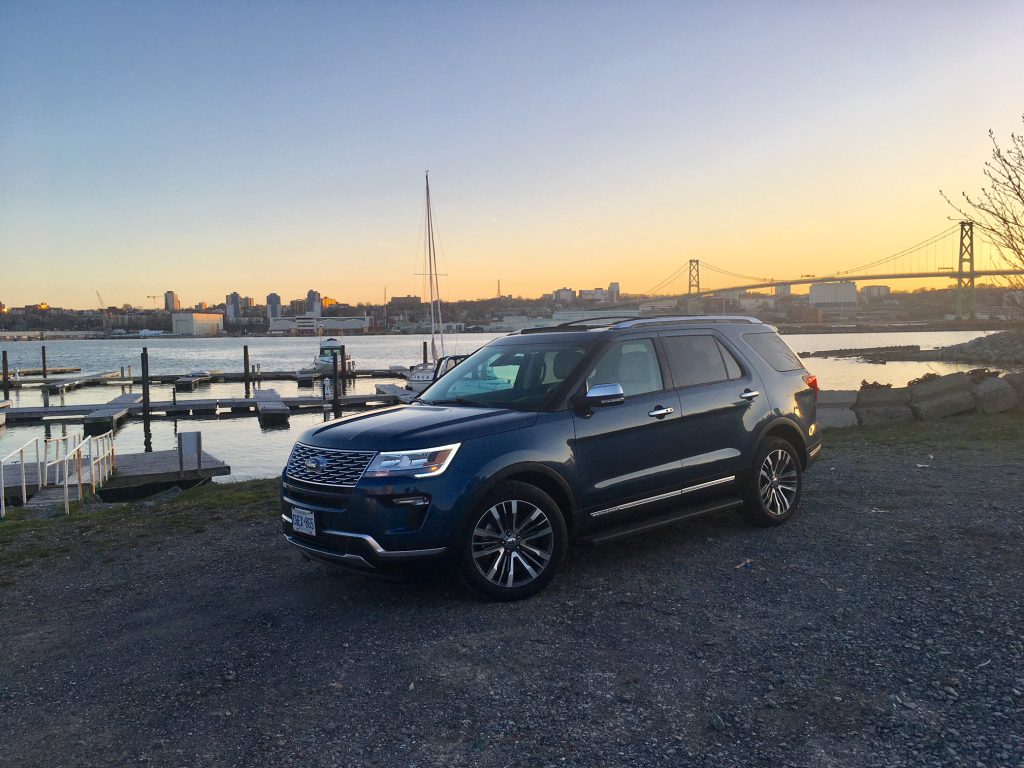 You know you’ve got a successful product in your portfolio when it’s been around for multiple decades. In the case of the Ford Explorer, it’s celebrating its 30th birthday next year.

With the brand new, completely redesigned 2020 Explorer coming to dealerships imminently, Ford was kind enough to loan the current 2019 version to me to check out before the new one arrives.

A friend of mine sold his 1994 Explorer recently so I thought it would be a good idea to explore (see what I did there?) just how far the Explorer has come in the past 25 years since then.

When I take a look at the 94 Explorer, it isn’t really hard to see its appeal. A boxy design was a hit then, and it’s a hit now. Though the ’19 version has softer lines, it still retains the general same shape as the ’94. The big difference is, naturally, in size. For instance, the ’94 measured 184 inches in length and 70 inches in width. In only 25 years, it has grown to just shy of 200 inches in length and close to 80 inches in width. Today’s Explorer gets LED head and tail lights standard. Back in ’94, LED technology hadn’t even been invented yet. My friend’s Explorer came with 15 inch rims, while the rims on my tester best that by a full five inches. Safe to say, the Explorer looks nothing like it did 25 years ago.

The same is true for the interior. Today’s Explorer – in top Platinum trim – could have a Lincoln badge on the steering wheel and no one would question it. It’s opulent, plush and very much a sight for sore eyes. The beautiful stitching and curves on the sides of the doors really pops as does the soft supple cream seats. TV’s integrated into the head rests for rear passengers made today’s passengers oooh and aahhh when they sat in it. Passengers of 1994 got to stare at the back of the heads of the front passengers. That’s right, in my friend’s Explorer there were no head rests. And there certainly wasn’t any leather – just light blue cloth. Yes, blue. And there you could not get – in any vehicle of the period, front massaging seats no matter how much money you had. Today, the 2019 has them. And in 1994 if you wanted to haul more than five people, Ford’s Windstar was your only option from the Blue Oval. Today, you can buy three Ford models with third row seating.

Ford’s engineering has come a remarkably long way too. In 1994 a four-speed automatic was the name of the game, or, staggeringly, a five-speed manual was available! Where the two Explorers are vaguely similar is the fact that both still have V6’s under the hood. But 25 years ago, the V6 churned out only 160 horsepower which, by today’s standards, is a shockingly low amount of power from a V6. 4-cylinders of today can push out over 300 horsepower easily (albeit with some help from turbocharging). In my Platinum tester, turbos are slapped onto the V6 and it has direct injection which means horsepower is more than doubled to 365. It should be noted, however, that the old Explorer has a bit of an advantage on the newer version – it is exactly 400 pounds lighter.

Still, that matters not in today’s world as the new Explorer can scoot from 0-100 in about 6.7 seconds. The 90’s Explorer? Well it did it in 10.7 seconds. What makes today’s Explorer all the more impressive is how much fuel it consumes. In 1994, the best the Explorer could manage was 16.8 L /100 kms city and 13.0 highway. Thanks in part to strict fuel consumption and emission laws, the new Explorer now handedly beats those figures at 14.7 city and 10.7 city. For the record though, I’ve always found Ford’s ‘ecoboost’ technology to fall well short of the official figures in real world driving. Still, it’s interesting to see how today’s consumer gets to largely have their cake and eat it too – more power with more efficiency.

In my friend’s 1994 Explorer, you had to slow down to a crawl to take a corner otherwise you risk flipping. While I partly say that in jest, it was a real possibility back in the day, though tire maker Firestone played a role in the saga as well.

Today, the Explorer comes with many features to help you from going wheels up including stability control, traction control and a five-star rating for the National Highway Traffic Safety Administration. It also has blind spot monitoring, crash alert, and a multitude of airbags including inflatable seat belts.

But perhaps one of the Explorer’s most notable achievements in the past 25 years is how it has grown to become something our First Responders rely on day-to-day. In 1994 a typical police interceptor took the form of a Ford Crown Victoria. Today, while the Taurus still shares some of the duties, the Explorer is largely responsible to get first responders to calls, quickly, efficiently and safely. In fact, as part of my day job, I got some seat time in a police interceptor that is used by Nova Scotia’s EHS services. The Watch Commanders depend on them every day to head to calls and to support the paramedics out in the field. This is a grueling task – lots of frequent driving, lots of hard and aggressive driving and lots of regular maintenance required. From what I’m told, the modified Explorer rarely complains.

So there you have it. What was once a slow, mundane, barren family vehicle is now both a spritely luxury barge packed full of tech and safety. It can even double as an important part of the First Responders team.