Hello, lovers! Since we last spoke, TWO episodes of The Bachelor aired. I caught up (kind of, I fast-forwarded quite a bit) when I got back from my trip. So Juan Pablo sent sweet little Cassandra home mid-date, which was probably for the best.

And the Fancy Canadian Opera singer decided to ditch Juan Pablo after glumly deciding that she’s just not dumb enough to date him. That was pretty awesome.

So, for hometown dates we’re left with four women. Nikki, who is hated by most of the women in the house but I kind of like her. (That long, stony silence she had with Clare was truly epic.) Clare, ditzy and desperate and just not someone I’d be friends with. Andi, who seems to smart for Juan Pablo yet still not smart enough to see through this whole dating process. And Renee, who is sweet and lovely and a little dull. 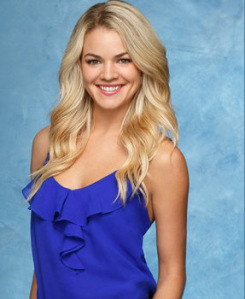 We first saw Juan Pablo in Kansas City, MO, where he was meeting Nicki and her family. Nicki took Juan Pablo to a casual BBQ joint, which I kind of enjoyed. It takes a confident woman to eat ribs in front of her date.

Juan Pablo met Nikki’s family, and it went fine. Her parents were nice and normal, but like most parents on this show, too comfortable with the idea of their daughter getting engaged so quickly.

Nikki planned to tell Juan Pablo that she loves him at the end of the night, but she chickened out. 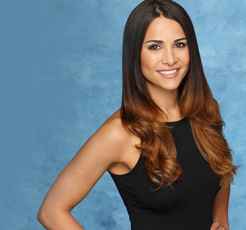 Was that the best outfit Juan Pablo could come up with for a date with Andi? Was it a sleeveless shirt over a long-sleeved tee? Weird. Andi took Juan Pablo shooting at a gun…range? Gymnasium? What do you call this place? I liked that she picked something that she was good at, and also kind of makes her look like a bad ass. I’m scared of Andi now. (Is it weird if I like gun ranges but hate guns? Do they have these, but like with Nerf guns?)

Juan Pablo met Andi’s family, and they were pissed that it took Juan Pablo so long to give their daughter a one-on-one date. Oh man. Awkward. “How many were left at this point?” her father asked, no less than three times.

Juan Pablo asked Andi’s dad for permission to marry her, and he basically said “No, that’s something I’ll give you once this hot mess wraps up”. I like him.

Andi didn’t drop the L word because she doesn’t love Juan Pablo yet. 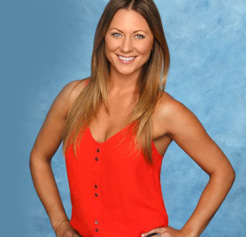 Next, we saw Juan Pablo visit Renee in Sarasota, Florida. He was present for Renee’s reunion with her son after a two month separation, which was awkward. Like, maybe she should have had the chance to hang out with him a bit first?

Renee’s family date was fine, but I think we’ve all always gotten the impression that Renee is more into Juan Pablo than he is to her. He’s into the idea of a family, and having kids, and thinks she’s a smart choice. But he’s never seemed that into her. So I kind of hated seeing him meet her kid, and seeing her get her hopes up. 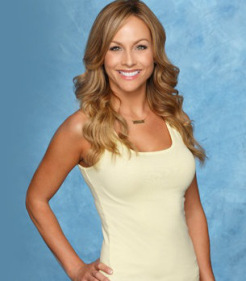 Time for the crazy parade! Even without the previews, I knew Clare would have an insane family. As Nikki said in an earlier week, “Clare didn’t get this way all on her own.”

Juan Pablo met Clare’s mom, 100 older sisters, and a brother-in-law. I’ll just come out and say it – it was strange how Clare was SO much younger than everyone else in her family. Also she looked nothing like them. And the drama! I could not be in a family with these people. I’d run for the hills.

Of course, that wasn’t the case. At the rose ceremony Juan Pablo sent Renee home – which sucks, but wasn’t unexpected. I think it’s pretty easy to see what the pecking order is here. I’ll be surprised if I’m wrong.

I always feel uncomfortable when people with kids come on these shows, because the relationships (if you can even call them that) never last. It’s fun to laugh and mock when it’s just a bunch of bozos hooking up, but it sucks that some kid had a weird day where he met a guy he’ll never see again.

I like Renee, but I don’t want her to be The Bachelorette because of everything I just said.

New episode tomorrow night! Four hours in one week is a lot, and I have a feeling they’re over-hyping this blowup with Andi. Like she has a chance at winning anyway – I’m prepared for a Nikki/Clare final two.