Home / Life / Couchtime With Jill / The Bachelorette: (Some of) The Men Tell All 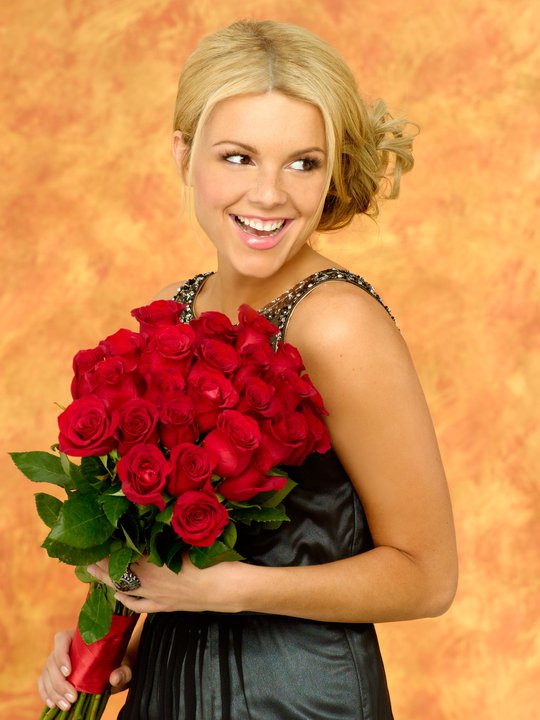 The Bachelorette: (Some of) The Men Tell All 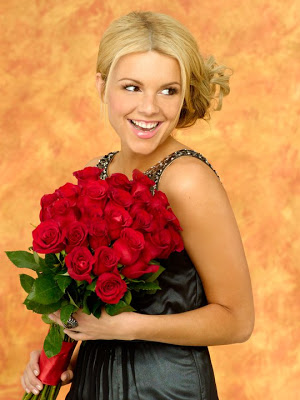 No Craig M. No Justin. No Frank.

Seriously, what a pitiful outcome of attendants for The Bachelorette’s much-awaited (well, sort of) “Men Tell All” episode on Monday night. The three most controversial and hated guys didn’t even show? Fail, ABC. Fail. Sure, we had Krazy Kasey. But he’s fun to mock, not hate. And yeah, I can’t stand Weatherboy. But he didn’t subject Ali to anything other than bad meteorology puns and awkward moments.

Sure, the episode had some funny moments. But for a series that doesn’t require a whole lot of brain power to follow, there was a hell of a lot of recap.

First we watched a taped piece of Chris Harrison sitting down with Ali to recap the “journey” thus far. This actually had some pretty funny unseen footage, as well as some witty comments from Ali. Of Krazy Kasey and his ugly ink she said “I feel bad for him. I hope he doesn’t regret the tattoo.” I actually kind of hoped he did regret the tattoo, because at least it would have shown he was capable of normal human reactions. Instead he was still overly enthused about his decision.

I also liked the clip of Frank’s dad making the world’s most nonsensical toast during Ali’s visit. Apparently it was a joke (actually, a pretty good one) but for a second there I thought he was competing for the title of Miss Teen USA.

I also loved how the unseen footage they showed us during the episode included Roberto almost taking Ali’s eye out with a champagne cork, a bunch of funny animal clips, and Chris N. Yes, Chris N. was actually part of the unseen footage. And he didn’t even just get the invisible edit. Dude was, like, never around. The guys actually started calling him “The Phantom”. It was hilarious, in a creepy I-never-want-to-meet-you kind of way.

Without Craig M., “The Wrestler” (was Mickey Rourke in the running?) or Frank there to kick around, the guys were forced to prey on the weak in order to create some drama. They picked on Weatherboy for acting like a prissy tattletale and telling Ali all about how Craig M. was “dangerous”. Nameless Faceless Guy I Can’t Remember summed it up best by telling him “Dude, you bitched out”. They also picked on Kasey a lot, saying things like “I love him but he’s crazy as all hell” and saying they respected him because he was “Looney Tune”, but at least he’d stayed that way throughout the show. Only in the world of reality television would it be a bigger insult to be called disingenuous than it would be to be called clinically insane.

Mostly, the guys just sat around for a couple hours and bashed on Justin. Yeah, they knocked around the words “selfish” and “Frank” in the same sentences a few times, but mostly they found different ways of saying “Justin is a jackass and I hate him”. In particular, Craig R. seemed to get carried away. I thought he was hilarious on the show and really rooted for him, but it seemed that the audience reaction after every comment he made gave him some sort of ego-feeding adrenaline rush that caused him to repeat the same thoughts in a louder and more aggressive manner.

Jessie came on to explain how she came to know about Justin’s girlfriend, but that appearance also degenerated into a Justin-bashing session – he WALKED the five minutes between one girlfriend’s house and the other because he DOESN’T EVEN HAVE A CAR, YOU GUYS! Um, so not the problem.

Toward the end of the episode Ali came out to talk with the guys, but she had very little to offer besides a very Vienna-esque hairdo and an ugly sequined dress. All the guys are great, they just weren’t right for her, blah blah blah. Oh, and Kasey sang AGAIN. And yeah, it was still awkward.

We also got treated to a few more unseen clips and, frankly, some of those clips were better than the normal crap they air every week. The guys stuck Craig R.’s hand in a bucket of water while he was sleeping to try and get him to wet his bed? For reals? Did they do that before or after they played “Light as a Feather, Stiff as a Board”? Did they also freeze his bra?

As if the ads for Bachelor Pad shown during every commercial break weren’t enough, we also got to see a preview for that gem during the episode. I didn’t think it was possible for the Bachelor(ette) franchise to get classier, but they have. Seriously, how amazing does that show look? It’s like they put every guilty pleasure reality show in a blender, added an extra dose of skank, and came up with Bachelor Pad. Disgusting. I can’t wait.

What did you think of “The Men Tell All”? Were you disappointed that the villains didn’t show? Are you going to watch Bachelor Pad? And how do you think they convinced Tenley to do such a non-Disney-like show?