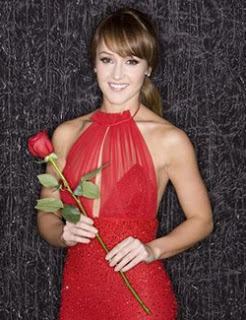 Oh dear lord, we have another Bachelorette tradition. First, it was choosing a rejected girl from the previous season of The Bachelor. Then it was casting a villain, someone who wasn’t there for the right reasons! Now, it’s making the guys who are there for the right reasons (or, at least, they hide their reasons better) duke it out for the affections of the lady they’re trying to woo.

I’d rant about what a bad example this sets, but the point is moot. No one could possibly watch this show and think it’s cool. But just in case – young girls! This show is awful! Do not expect boys to get into physical altercations in order to win your heart! Those aren’t the boys you want! No one wants to see a groom with a black eye because the bachelor party got a bit too rowdy! OK, PSA over. We have more to discuss before we get to the boxing.

The bachelorette and her boys moved locations this week, heading to Chang Mai, Thailand to find romance. As JP noted, “If you can’t find romance in this kind of environment, you’re hopeless.” Good job, JP! I guess you’re not as dumb as you look – you’ve cracked the code for the show! Literally anyone can have a romantic connection if you manipulate the circumstances correctly. 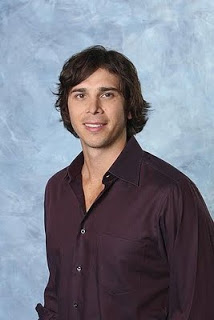 Ben F. was rewarded with the one-on-one date this week, because he’d had a really strong connection with Ashley during that super-romantic group date at the orphanage. I thought Ashley had already had a solo date with Ben, but I guess that was the other Josh Groban/Dax Shepard hybrid lookalike in the group.

Ben and Ashley strolled the city streets, sampled local cuisine and had eye-sex outside a very sacred temple. It was…uncomfortable. Over dinner, Ben played the jackpot dead father card, which I knew would be a sure way into Ashley’s heart. You were an emotional zombie and you’re only just starting to take down those defensive walls? OMG! I’ll be the one to save you! Barf. Even without the sob story, though, I think Ben would have been a shoe-in for a rose. The guy is a professional winemaker. Ashley’s entire face lit up when he described how he wanted to spoil his girlfriend and have wine parties for her friends. 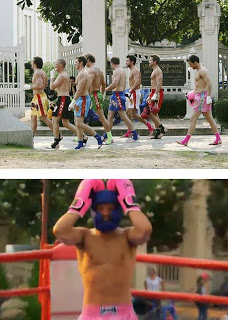 Then came the group date. The stupid, idiotic group date. Constantine, Ames, Nick, Blake, Lucas, Ryan Sunshine, JP, and Mickey were all treated to the romantic experience of beating the crap out of one another. Sexy! Of course, some of the boys had more experience than others. Lucas bragged “I’ve been in some street fights!” Be still, my heart. That guy just keeps looking more and more appealing. Ames was a little worried about climbing down from his ivory tower and breaking his nose, but he declared that Ashley was worth it. I’ve asked it before, and I’ll ask it again: IS SHE?

Poor Ames, I mean, he never really had a chance. He ended up with hot pink boxing gear. You can’t win in that situation. When it was time for all the men to publicly face off in a boxing ring (which is officially the second worst use of a boxing ring ever, behind only the battle rounds of The Voice) I knew it wouldn’t go well. 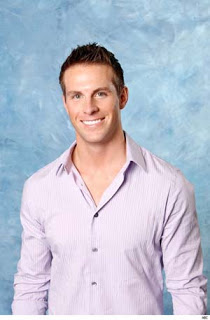 First, Blake the dentist beat Lucas the street fighter. Although I would have appreciated the irony of a dentist losing a tooth, I was happy Lucas lost. Then Mickey and JP both beat the crap out of each other, but JP won. I wonder if that will make up for the fact that his nickname is cupcake? Probably not. Next, Ryan Sunshine took out poor Ames. It was like watching a cast member from Celebrity Boxing, on crack, punching one of my college professors in the face. Ames was dazed and confused afterward, and just sat slumped in a chair. Next thing you knew, Ashley was trotting off to, presumably, call an ambulance, because that’s what showed up. But did she accompany him to the hospital? No! She had a cocktail party to attend.

The mood at the cocktail party was low until Ames swaggered in, partly because he was trying to look manly and partly because he was still really dizzy. Ashley showered him with attention, and I was sure he’d get a rose. The man got a concussion, after all! What more does a man have to do? Instead she gave the rose to Blake, because he needed “positive reinforcement” or some crap. Well, at least she didn’t give it to Lucas – that imaginary golf lesson made me gag. What, she’s never played Wii Sports before?

Finally, we had the dreaded two on one date. Two men, one woman, one rose. The drama! I can barely stand it, guys. Except that the date was…brief. And bizarre.

Ben C. and William kicked off their date with Ashley by taking her on a boat trip. It was soooo romantic! “Two handsome men are guiding me down a river,” Ashley cooed. Except that there was another man there! He was doing all the work, too! What, was he not handsome enough for you, Ashley? Rude.

William was worried that Ben C. was getting all the action while he “steered” the boat (he moved a stick around in the water while a Thai man pulled it along the river) so he amped up his game from harmless idiot to full-on jackass as soon as he had some alone time with Ashley. He immediately told Ashley that Ben C. was ready to go home so he could just start scoring on all the local dating websites. Now, I’m sure most of us would have heard that and thought “You’re full of —-” or “I should speak to Ben about this” or “This is the same guy who ripped me to shreds during a comedy roast, why am I speaking to him?” But this is Ashley, and she bought the story hook, line and sinker. She didn’t even give poor Ben C. a chance to elaborate on his “I was kidding!” defense, and before he even knew what had happened he was drifting home on a raft.

With Ben C. out of the way, William was free to woo Ashley at dinner. And what better way to show a woman you’re ready to settle down than by referring to yourself as “a thirty year-old boy”? Ashley sent him packing almost immediately, but not before he’d learned an important life lesson: “I am the world’s biggest f—ing jackass.” Aw. It’s nice that he knows. Karma’s a bitch!

Come time for the cocktail party, Ashley was feeling a bit off. “How do you know if people are telling the truth? How do you know that people are being genuine?” she asked. Oh, sweetie. You’ve pretty much proven that you don’t know. Do we really need to remind you about Bentley?

Actually, we don’t! Because Ashley hasn’t stopped thinking about Bentley since he left. After sullenly interacting with the other guys – she was bummed that Constantine feels closer to the other guys than her, and I was too distracted by what sounded like two ducks fighting while she spoke with Ryan Sunshine – she pulled Chris Harrison aside and told him she wanted Bentley back.

She used all the classic low self-esteem girl reasons for needing to see Bentley again. She needs closure to be able to get over him and get serious with the other guys! Right. Like I need a bite of chocolate cake to be able to get over my affection for it and really enjoy my salad. Chris Harrison vaguely tried to talk some sense into her, warning her that it wouldn’t have a happy ending, but he’s the Bachelorette fairy godfather and basically said he’d make it happen. OK, first of all? Only, like, one of these shows thus far has had a happy ending, so no surprise there. Second of all? Just show her the footage! Say “Hey Ashley, I can help you get over Bentley…here are all the awful things he said about you!” Oh, but right…that wouldn’t be nearly as dramatic as flying Bentley out to Hong Kong to make a girl cry.

Since Ashley had sent home both losers on her two on one date, she only had to cut one guy from the pack at the rose ceremony. Constantine, Lucas, JP, Ames, Mickey and Ryan Sunshine were all called forward, and that blond curly-haired dude was sent home. OK, his name was Nick. But I had to look that up, which is a sign that it was never meant to be. Next up? Hong Kong, and the return of Bentley. Hope Ashley packed some Kleenex!

The Bachelorette: The Boxers
https://haligonia.ca/the-bachelorette-the-boxers-39469/