I am having a little break from beauty posts, so how about TV shows and supermodels? LoL. 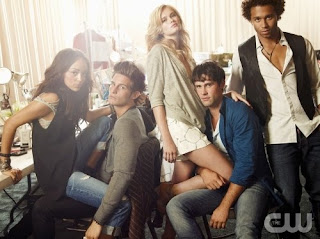 I was flipping through channels last night and saw something interesting – cute girls with fun makeup and clothes, and some fancy looking guys, lol. It was The Beautiful Life: TBL.

Surprisingly I never heard of this show which was premiered last Wednesday (I obviously missed it). I was never interested in the modelling world (so much drama and competition) but I like to see makeup looks they pull on the models. So, here’s the rundown of the show:

– The cast: Mischa Barton, Sara Paxton and Elle Macpherson. These women could certainly fill the shoes of supermodels in the show. And then there was Corbin Bleu, all grown up (I was so surprised). I wasn’t feeling much for the 2 male models, but all in all a cute little group. Oh, and Ashton Kutcher was the executive producer 🙂 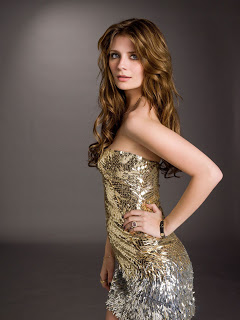 – The clothes: I’m not big in fashion and never shopped at brand name stores, so this was like a treat to the eyes to see what the models wore for daily life, not just on the catwalk. Remember “Devil Wears Prada”?

– The makeup: I haven’t seen enough yet, but I like this look on Mischa when she did the photo shoot in the episode I watched. Lots of smoky eyes on the other 2 girls too, I have to say.

– Media promotion: The show is on CW in the US, I watched it on ASN here. It was originally promoted on Ashton’s twitter account. I did hear about some pictures of semi-naked actors and actresses on twitter, thought they were supporting PETA 🙂 CW’s videos aren’t available for viewers outside US, so I’m still missing the premier episode. Urggghhh….

Talking about this show reminds me of a great show that I missed a while back: Blush – The Search For the Next Great Makeup Artist. Lifetime had some pictures and intro, if you want to know more. I saw some reruns and the finale and was beating myself up for not watching it from the beginning. It was fun and inspiring. I’m wondering they will do the show again this year.

What have you been watching lately that is fun? Any recommendation?