Holy crap. Can we all just agree now that The Big C is really NOT a comedy? And, that it’s a pretty damn good show? I haven’t really been blogging about it much this year (the episodes are so short, I’ve tended to let a few pile up and then I watch them all in a row) but it’s been very strong. Last season I felt that the show lagged in the beginning and found its way in the end with the Marlene storyline, and it continued to grow from there. So only read on if you’ve seen the season two finale! 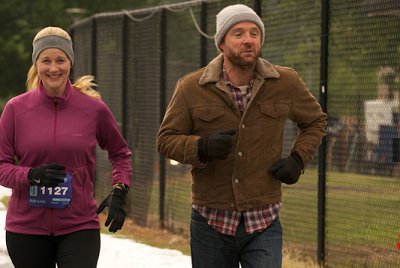 The penultimate episode of season one was incredibly emotional, since it ended with Marlene’s suicide, and the penultimate episode of this season followed a similar theme. Cathy staying by Lee’s side as he died was incredibly emotional, painful, and a really well-done end to his story arc. He helped Cathy move beyond a fear of death, and that was really important for her. Her choice also further strained her relationship with Paul, though.

Paul. I can’t say I saw that coming – that Paul might die before Cathy. But it was all adding up. They got the fancy scale that revealed his health problems and he vowed to get fit. He lost his job and took a crappy one. The stress of medical bills got worse and worse. And then he got hooked on coke. The stress and the cocaine were a deadly cocktail, and when he was clutching his heart after the confrontation at the health insurance office, I knew what might happen. 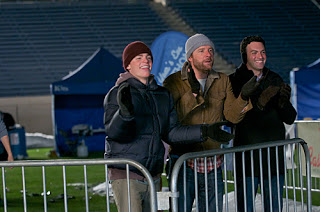 I thought the way the show staged everything was beautiful. Cathy was about to finish the marathon in Lee’s honor.. Adam, Sean and Dr. Mauer (the doctor from last season, who had advised Cathy not to run the marathon) were all there cheering her on in person. She saw Lee, and then Marlene, and then Paul, but Adam said Paul wasn’t there – he was with the dead people she could see, not the living. In reality, he was on the floor at the insurance office, the EMTs trying to revive him from a heart attack.

I know there’s a chance that Paul could be saved with CPR or paddles or something, but I kind of hope the show leaves it at this – that Cathy, with Stage 4 cancer, managed to outlive her husband. Cathy might have cancer, but she’s healthier than Paul and had a better attitude. Paul was dealing with a lot of anger – just look at how he reacted to Cathy choosing to stay by the side of a dying friend rather than take a family vacation. He should have understood that. Adam did. 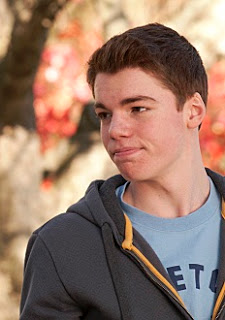 Speaking of Adam, he’s the true victim of this series. I hated him so much in the first season (except for the scene where he found all his future presents, that was heartbreaking) and for a lot of this season. But through becoming friends with Poppy (as crazy as she was) and through talking to Dr. Mauer in this episode, I think Adam has matured a lot. The Adam of season one would not have chosen to stay out in the cold, cheering on his mom in a marathon, while the girl he liked was ready to kiss him at midnight. Adam’s realized that he will eventually lose his mom forever. To have to deal with that knowledge as well as the death of his father will be incredibly difficult – even if Paul ends up making it through the heart attack, having two very sick parents is a lot for one teenage boy to handle.

I can only imagine what the repercussions will be for Cathy if Paul is truly dead. She might feel guilty over cancelling the Italy trip, guilty that the stress of her illness was a factor in his death, angry about his selfish and stupid drug use, etc. At least Sean has returned, and seems possibly stable enough to help her through this.

Did anyone else find the absence of Andrea in this episode kind of strange? We last saw her reporting her ex-boyfriend Myk as an illegal alien, and although it was New Year’s Eve I would have expected her to also be at the marathon, cheering Cathy on. Was I missing something there?

Once again, The Big C has ended on a note that makes me really anxious to find out what happens next. Did you guys watch the show this season? What did you think?