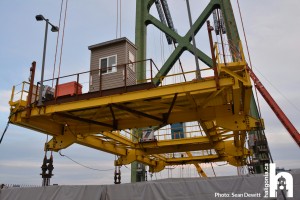 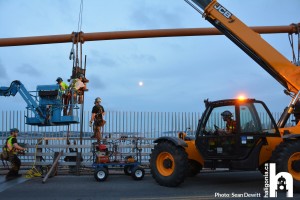 The redecking and raising of the Macdonald Bridge has been making a ton of progress even against changing weather, holiday halts (at times) and well, weather (again).  But through it all, the workers involved in this massive project have stayed at it, taking each and every part of their job as true professionals.

Spearheaded by the American Bridge Canada Company, this project has created a positive economic spinoff for the Halifax area.  Directly on the bridge and indirectly with subcontractors and specialty manufacturers, this project has led to hundreds of jobs for our area.  Many resources needed to complete this task were available in local Halifax as well as broadly through NS, keeping spending in our area. 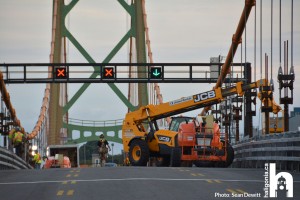 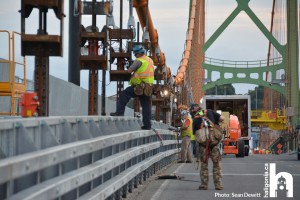 Both the Halifax Harbour Bridge Comm. and American Bridge has provided information as to what’s left to do with this huge project, and showed off some of the massive tools and trucks required to get this job done.

In April, the work increased to make up for slowdowns that were encountered with the original work.  It was decided that 2 deck segments would be replaced over the weekends instead of one as previously done.  Deck segments during this time were shipped under the bridge on barges as the replaced deck was cut out, lowered onto the barge, and the new piece hoisted up.  On the Dartmouth side of the Macdonald Bridge to it’s current location just outside of the Halifax side, this was possible without too much significant issues as the area under the bridge was open and easy to access.  As the Bridge closes in on the Halifax side, they will be encountering issues where access to the Bridge will be done over land, and over DND property.  This will require the work to be done via huge cranes and strategic locations for getting the job done.  At time of story, 30 of 46 segments have been replaced on the suspension bridge.  These last segment pieces are noticeably shorter than the currently replaced pieces, coming in at 10 meters instead of 20. 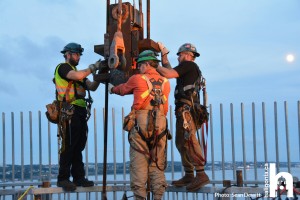 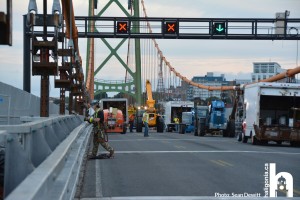 Over the next several months, the work remaining will also involve raising the bridge profile.  This is done with very specific hydraulic lifts that are slowly adjusted at lift points along the bridge.  These massive units have been slowly adjusted as needed for now, but a more noticeable adjustment is coming.  When completed, our bridge will stand 2 meters taller and this will be done to accommodate for bigger cargo ships.  Interestingly enough, the bridge will also weigh a bit less, as modern resources will allow the new decks to be a bit thinner but remain very strong. 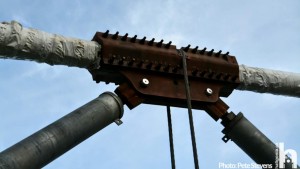 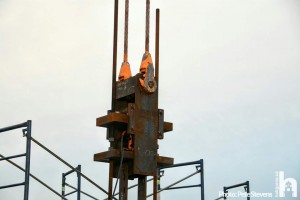 (The massive support for the hydraulic lifters seen along the bridge)

Significant welding jobs must also be completed between all the deck segments.  Thorough inspections of any and all work done on the bridge is a constant, ensuring the job is accomplished right the first time and that overall safety and success is achieved.

Other jobs still set to take place will be modifications of the gantry, paving of the new deck segments and the opening of the bike and passenger lanes for day use which is due to take place in December.  Pedestrians and cyclists will notice that the bike and pedestrian lanes no longer have the obvious gap between the roadway and the lanes.  The entire segment from side to side appears to be one piece and internal.

For the time being, the Macdonald Bridge will remain closed overnights and on weekends as workers continue the massive task at hand.  The HHB will continue to update status of the Big Lift Project through social media and announce when the bridge may be open earlier than expected, or opened to traffic due to weather conditions that may prevent the continued work on the project. 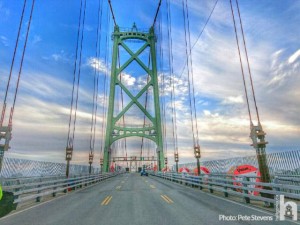