Home / Life / Couchtime With Jill / The Celebrity Apprentice: Bat Out Of Hell 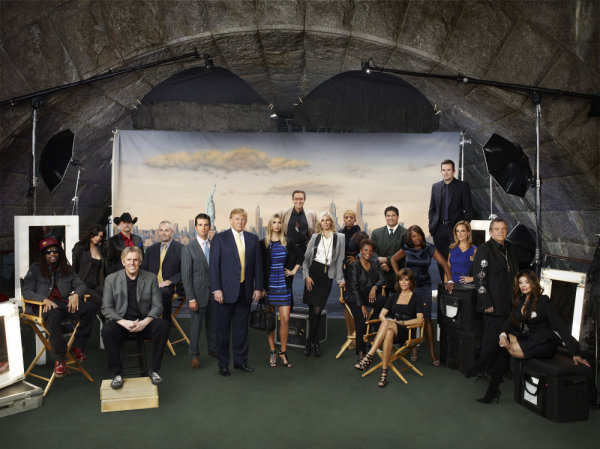 The Celebrity Apprentice: Bat Out Of Hell 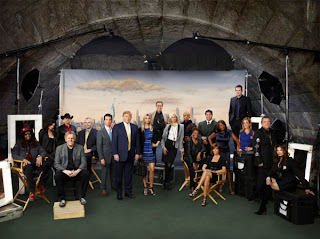 Once again, it took me all week to get around to watching The Celebrity Apprentice. Honestly, I wish this show was on in the summer. There’s so much good TV on right now, it makes it hard to devote two hours of my life to The Celebrity Apprentice, even though it’s such good guilty pleasure viewing. I can’t watch it on Sunday nights because it’s on too late (10:00-midnight in my timezone) and I usually end up watching it on a slow Friday night or Saturday morning.

Luckily this week I watched about the first half hour as it aired, so I did get to witness the Meat Loaf Meltdown on Sunday night. Although that might be the craziest thing I’ve ever seen on The Celebrity Apprentice (Joan and Melissa Rivers, I’m looking at you) it’s only one of the Five Wacky Wonders of The Celebrity Apprentice. Let’s get to it.

1. Jose Canseco says adios. What does it say about me that I had the same exact though as Richard Hatch when Jose announced he had to leave to tend to his sick father? As soon as it was announced that the task would be a fundraiser, Jose started whining about how he doesn’t have any friends. And next thing you know, he has a deathly ill father that he needs to see? What are you doing on The Celebrity Apprentice if your father is sick? Yes, I know, questioning this probably makes me a horrible person. But even a good person must have thought somewhere, deep down inside of them, that maybe – just maybe – Jose Canseco was making the whole thing up. 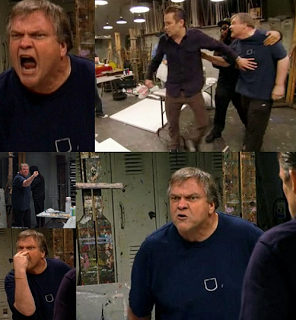 2. Meat Loaf Melts Down. OK, now let’s discuss the main event. Meat Loaf threw a fit of epic proportions. Honestly he put “whore pit viper” and “You’re a poker playah! A poker playah!” to shame. In fact the first time I watched it I was honest-to-goodness worried that someone was going to get hurt. The extent of Meat Loaf’s rage was actually scary, and it was over nothing! Let’s review.

All the teams had to hit up Michael’s craft store to get art supplies for the task. (The task was to put on an art auction where celebrities could sell works of art ranging from mediocre to downright awful for an exorbitant amount of money, all in the name of charity.) As Gary Busey saw Meat Loaf strolling the aisles with a shopping cart full of canvases, he innocently asked “Are you buying canvases for everyone?” A perfectly legitimate question. Meat Loaf bristled and took off for the sports store with Mark McGrath, where he recounted the conversation as Gary barking “YOU’RE BUYING MY STUFF, RIGHT?” Um, not even close to what was said, Meat.

Cut to the art studio, where everyone was organizing their art supplies. Gary had all his paints and sponges lined up on a table. John Rich had initialed his bags. Lil Jon had tied his together. Meat Loaf couldn’t find his stuff, but no one knew why. Next thing you know, Meat Loaf went postal. Postal! He completely lost it. It was like Dr. Jekyll and Mr. Hyde, all of a sudden his face was contorted with anger and he was bellowing expletives as Mark McGrath responded with a bewildered “What’s wrong?”

What was really unbelievable, though, was Gary’s complete and total non-reaction as Meat Loaf continued to scream and curse him out. I was afraid Meat Loaf was either going to punch Gary or punch Mark for getting in between them. Honestly, Gary Busey is a freakin’ saint for the way he reacted to the whole thing. He never got mad, he never yelled or swore back. He quietly confirmed that all the supplies on his table were his, from his cart, and Meat Loaf continued to have a tantrum.

Next thing you know, John Rich found Meat Loaf’s bag sitting somewhere in the room. So no, Gary had not stolen any of Meat Loaf’s art supplies as Meat Loaf had alleged. So how does Meat react? With an apology? No. No, he reacts by flinging the supplies he’d stolen off Gary’s table back in Gary’s face. When Gary approached Meat Load in the most non-confrontational way possible and asked “Are we OK?” Meat Load responded by screaming “DO YOUR F—ING ARTWORK AND GET OUT OF MY F—ING FACE!” You know, like one does when one has made a glaring misjudgment.

3. “Art”. These celebrities are by no means artists. On the men’s side, you had Meat Loaf bouncing a paint-covered basketball on a canvas, Richard’s flower-adorned “gay-ass hat” (according to Lil Jon, and I’d have to agree) and sweet little Gary Busey who I now totally love daintily painting a bison in the grass. Oh man. If you thought Gary had a lot to say about the definitions of words, you should hear him talk about his paintings. John Rich probably had the best idea by painting some cowboy boots, a guitar and a hat.

On the women’s side, there were a lot of paintings with words on them, a lot of kindergarten-style hand print pieces, and one really awesome hat courtesy of LaToya Jackson. We also got this little gem of an exchange, after Star had to actually get her hands dirty to put a hand print on the group canvas:
Star: “How do I get this off my hand?”
NeNe: “You just go over to the sink girl, and get some water.”

Honestly, I think I might have to start watching whatever Real Housewives show NeNe Leakes is on because I think she’s just hilarious.

4. Finding Ourselves Really Giving Individuals Valuable Energy. In case you didn’t know, that’s the Buseyism for “forgive”. What I’d like to know is, can I get a book of the Buseyisms? Is there a blog for it? Or a page-a-day calendar? Something? Because I need more of these, man! Did you know “art” is A Righteous Truth? It is! Gary is so freakin’ looney, but you know what? He seems like a really good guy.

When Meat Loaf finally got around to apologizing to Gary, it was too little too late in my book. Even though Meat Loaf apologized for the way he acted, he never really acknowledged that he’d been incorrect in accusing Gary of stealing art supplies. And that’s a pretty major detail. Nevertheless, Gary forgave Meat Loaf. I hope he also gave him the number for the anger management classes he took, because obviously Gary’s worked and Meat Loaf’s did not.

5. Everything said in the boardroom falls on deaf ears. The Boardroom was particularly great this week. First of all, Trump kicked things off by mentioning that Meat Loaf and Gary had had a confrontation. Gary tried to correct Trump and point out that he hadn’t engaged, but no one backed him up. It was so unfair! Do people on his team find him so distracting that they’ll do anything to get him fired? Why didn’t anyone back him up or come to his defense? Meat Loaf screamed at him for no reason, and the way Gary didn’t fight back was positively saintly.

The worst, I thought, was when Meat Loaf said “Whatever you did, or whatever I thought you did…” Um, what? That’s sugarcoating things a bit, wouldn’t you say? There’s no question that Gary did not steal his supplies. He didn’t. And Gary tried to point this out, but it seemed to fall on deaf ears.

The next hilarious thing to happen in the boardroom? Star Jones trying to whisper to Marlee! Why can’t anyone remember that she’s deaf? In all seriousness, though, I do think it is a credit to Marlee and how great she is. She doesn’t let the fact that she’s deaf get in the way, she never misses a beat, and she’s so competent that people forget.

The last thing that fell on deaf ears was Richard Hatch’s defense. Trump fired Hatch before he even had a chance to argue for himself! I knew all along that Hatch would get fired because he hadn’t raised any money. The other problem was that the other people in jeopardy make for better TV. I would have argued that Meat Loaf should be fired because he’s a freakin’ danger to society, but you know Trump’s not going to axe that TV gold yet. Same goes for Gary Busey – everyone on his team threw him under the bus and called him the weak link, but Trump was not about to fire the biggest name on the bill and the biggest personality. Plus he had Marlee Matlin on his side. So Richard was fired, without even having the opportunity to argue for his right to stay.

Feel-Good Moment: More so than most episodes, this episode of The Celebrity Apprentice really brought home the fact that at the end of the day, this show does raise money for some great charities. Hearing that so much money had been raised for John and Marlee’s charities even warmed my stone cold heart. I mean, Marlee raised a million bucks! That’s amazing! Watching both Marlee and her interpreted, Jack, tear up at that news was really something else. Was he simply interpreting her tears by shedding some of his own? Or is it more like they’re so connected that her emotions are his emotions, like identical twins? Or I guess maybe he’s just a nice dude. In any case, for all the wacky, insane things celebrities do on this show, it was nice to remember that it’s for a good cause.