I was sick yesterday. I came down with what seems like a never-ending case of strep throat at the very beginning of October and I still have it. This is the third time it has surfaced, after just finishing my second round of antibiotics and it got pretty bad this weekend. Because it is a strain that doesn’t seem to respond to antibiotics, I want to wait to get in with my own doctor this week instead of getting it sorted at a clinic over the weekend. So yesterday was pretty rough, and I expect the coming few days will be lousy too.

I was really bummed that I woke up so sick, because I was planning to get to church. We haven’t been able to go to church lately because Cameron has hockey every Sunday morning, except yesterday for some reason. (No one expects church to even be a priority for anyone anymore, do they?) Instead I just spent the day in stretchy pants with my hair in a messy bun feeling sorry for myself and thinking about how I missed my one Sunday to get to church. We will be back on the ice next week.

While I recognize that hockey is a religion for some people, hockey is not my religion. Still, I’m a little wary of breaking the first commandment of being a hockey parent: Thou Shalt Not Talk About Hockey Politics. Of course, Sidney Crosby did come to save us all from the lesser sin of gossiping among other hockey parents, but I’m pretty sure being open about it (like, on a blog perhaps?) is a mortal sin. The last hockey parent who did that now has a kid playing for the Leafs, apparently. 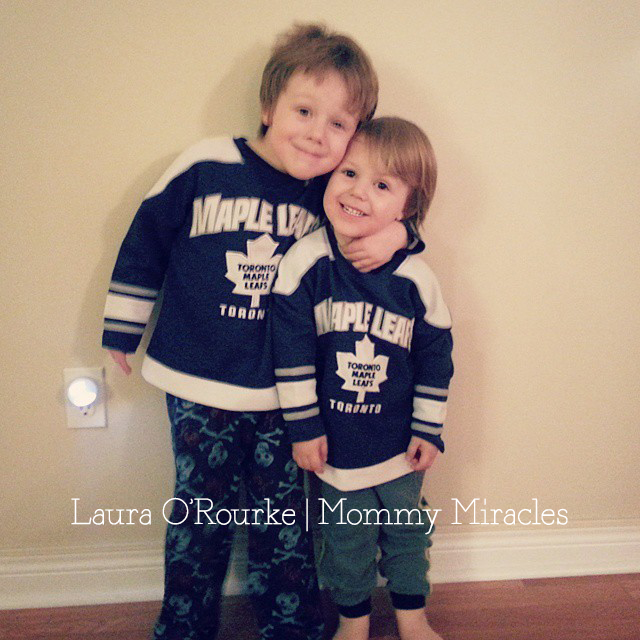 But I’m sick, and I didn’t get to go to church yesterday (Baptist or ice) and so I’m feeling a bit sacrilegious. 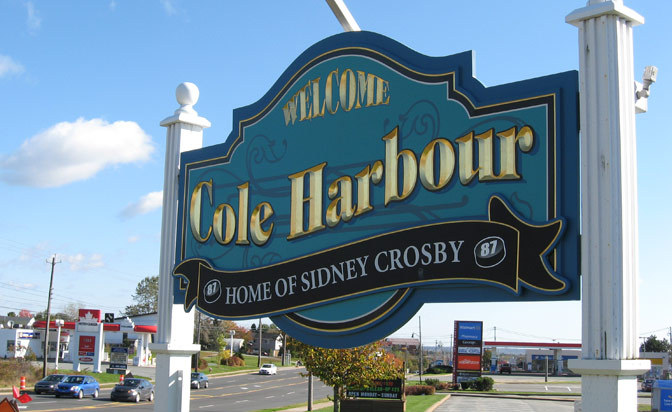 My husband played hockey when he was a kid. I dated hockey players when I was in high school (ahem). Hockey has always been the most watched sport in this household and my kids have had hockey sticks since the oldest could walk. Cameron would watch Leaf games with his Dad and they’d shoot the foam puck around the living room with tiny sticks. It was a forgone conclusion that Cameron would play hockey. We never doubted that. And when he got old enough to join, he wanted to play. So, play he did. 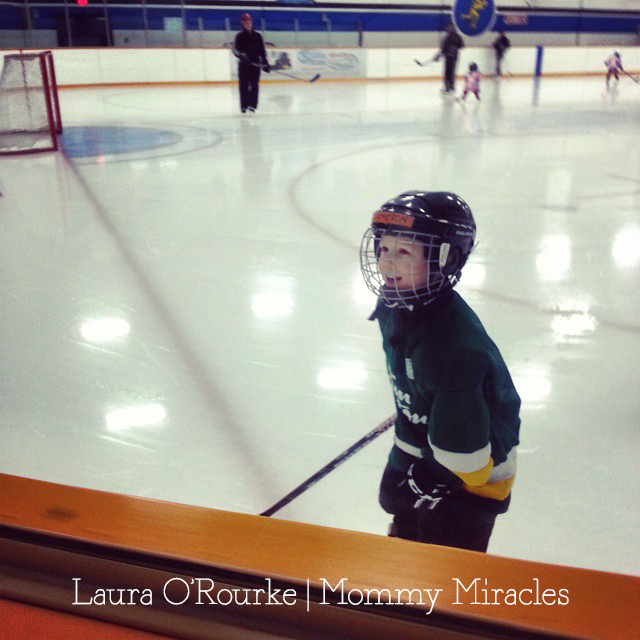 Cameron is still my only kid in hockey, though it is likely that Gavin will be enrolled next fall. If Logan’s enthusiasm during the first five minutes at the rink is any indication, he’ll be in hockey three years later. That should hopefully give us enough time to win the lottery. (I guess I should start playing). When Cam started last year, he had never even been in skates yet within weeks he was skating better than I can. Cameron’s determination was impressive and I was so proud to watch him develop. 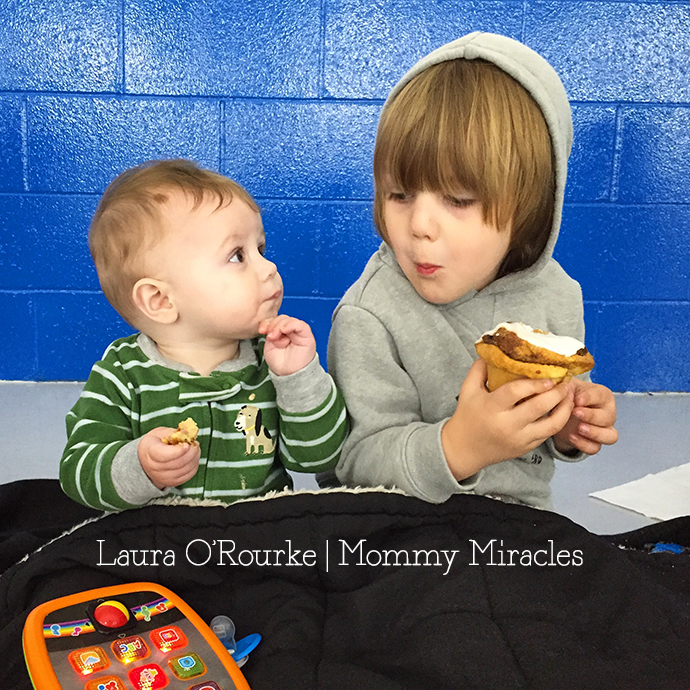 My kid is five. I want him to play hockey because I want him to remain active, invest in social relationships, and learn to respect authority. On Saturday I watched my five-year-old listen intently to a skating coach he had never met before for a whole hour as she pushed Cameron’s team through skating drill after skating drill. He listened and did what was asked without getting distracted, despite the intensity of the practice. It is sometimes like watching a completely different kid out on the ice from the kid at home who knows how to push my buttons and ignore requests. This is why being in sports is important. 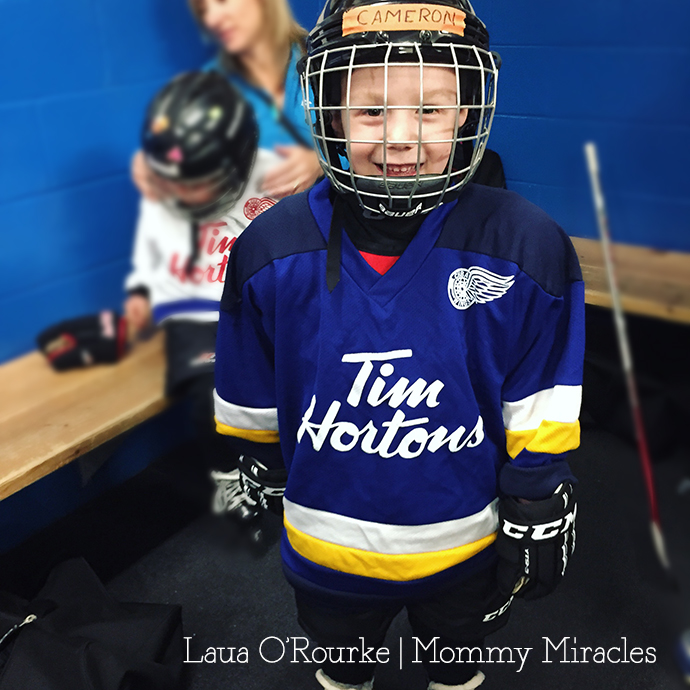 I do not have Cameron in hockey to be the next NHL star to hail from Cole Harbour, Nova Scotia.

Two summers ago, Cameron was playing a game of soccer with his soccer team. My little athletic boy who likes to win didn’t have any trouble getting the ball and scoring. But there were a few kids who weren’t getting any ball time at all. “Pass the ball to Sadie*!” I encouraged from the sidelines. A visiting family member standing with me on the sidelines was quick to rebuke me. “You can’t teach him to be Sidney Crosby by telling him to pass!”, which is patently untrue on so many levels.

I believe all of these things fully. I have worked hard to encourage my kid to be his best, not the best and to be proud when he does that. Yet, here I sit, worried about my kid’s hockey development.

(Forgive me, Crosby for the sin I am about to commit).

This is Cameron’s second year in hockey. Last year he learned to skate, had amazing coaches, and grew so much in skill and character. At the beginning of this year his coaches were back, he knew more of his teammates, and he continued to work really hard on the ice. I am still so proud of his effort every time I watch him. This year however, there are more kids. Some are new. Some aren’t as strong as those who were in hockey last year. And the number of skaters were overwhelming the practice times. 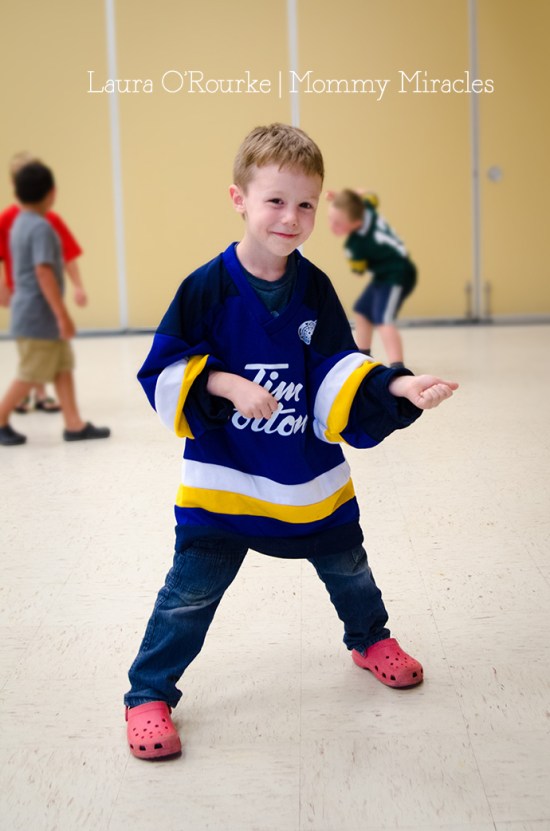 So the coaches split up the team. They split up our team and they split up the year above us, creating three teams out of two. They had initially created the teams based on skill, though after some people feared that the lower skilled team would be overwhelmed with all the new skaters, they spread some of the weaker skaters around (a move that from what I understand resulted in my son being bumped from the middle grouping down to the lower grouping). All of our coaches and their children moved up to the middle group. The lower grouping got new coaches.

The first Saturday after the split, I sat in the cold rink as Cameron got on his gear and I watched the new-formed middle group. I saw Cameron’s neighbour friend. I saw a kid who Cameron has known for years and whose Mom was my hockey-mom-buddy (those are important!). And then, I saw the kid whom Cameron had become best friends with in his daycare before I had to take him out when I went on maternity leave. I was so happy when this kid joined hockey because they had a reason to socialize again and not lose touch. But there he was, in the middle grouping, no longer playing with Cameron.

I cried. I cried right in the middle of the hockey rink stands.

I cried because most of Cameron’s friends, including his best-daycare-friend whom we had almost lost touch with, were on a different team. I cried because the coach that Cameron has looked up to and admired won’t be his coach anymore. I cried because this was where he was supposed to be, but they reshuffled the teams and now he’s not anymore.

I cried because while I think this reorganization may have been best for the teams overall, my son ended up in the worst possible placement.

And I cried because what if this is the moment that determines the rest of Cameron’s hockey career? What if for the next two years these are the official groupings and by the time they need to try-out for teams, the middle and upper groups will be more prepared than the lower group? What if Cameron won’t be challenged enough? What if the coaching staff isn’t as good? What if he was going to be the next kid from Cole Harbour to make it to the big leagues, but now the deck was reshuffled and he was dealt a losing hand?

I expected hockey politics. I knew they were a fact of life if you have kids in hockey. But I wasn’t expecting them so soon. I admit that I’m not a very good hockey-mom because it frustrates me that we don’t have much forewarning about ice times yet we are expected to sacrifice every Saturday and Sunday as an offering to the hockey gods. I admit that my husband and I got into a disagreement about whether we should skip all of hockey on Thanksgiving weekend so we could travel. I admit that I have not accepted the rink into my heart and am holding on to the warm life. But I still want the best for Cameron. And if he is going to be in hockey, then I want the best hockey for Cameron.

This is my life now, isn’t it?

I’m waiting and seeing, I suppose. I’m trying to remember that what matters isn’t that my kid is the best but that he does things which help him develop into a good person. I’m trying to remain focused on the fact that he’s only five, and that means this all shouldn’t be so complicated, even if it means that I have to rise above and try to uncomplicated it myself.

But dear hockey gods. Please do not mess with my kids again. Now you know, I don’t care about your commandments. Especially if this is how you’re going to treat us.

The post The First Commandment of Being a Hockey Parent appeared first on Mommy Miracles.

The First Commandment Of Being A Hockey Parent
https://haligonia.ca/the-first-commandment-of-being-a-hockey-parent-3-124030/