L-A: If you want to call bullshit on this post, I’m okay with that. I know Ally will. But just know that I’m literally up to my eyes in crafts. I had to move a sewing machine, five sock creatures, a bag of noses and a pin cushion out of the way just to get to my keyboard. And when I craft, I turn to movies. Either teen comedies based on great works of literature (I bought She’s All That just to get me through a crafting season) or smouldery period dramas based on great works of literature.

This weekend was no different. I hit the Netflix and ended up watching four hour-long episodes of North and South, 13 episodes of Bleak House (what the eff was up with all the characters, Dickens? Were they all necessary??) and four hour-long episodes of Wives and Daughters. And since my inspiration right now is either “what to wear when you’re a sock monkey” or “what to wear when trying to snag a brooding fellow in the 19th century”, Imma gonna go with the latter. Because we all know that a single man in possession of a good fortune must be in want of a wife, so it doesn’t hurt to know how to dress when you meet him. So, without further ado:

The FPQT Guide to winning yourself a brooding and smouldering gentleman

preferably one with a moderate to good fortune. 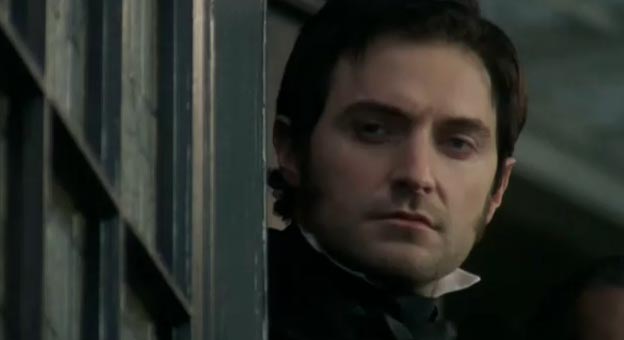 Not too shabby for an industrialist.

Now, ideally your brooding fellow should be a gentleman. None of this working man business. This ladies and gents, is a time when being a doctor or lawyer or owner of a cotton factory is not necessarily a good thing. But the times, they are a-changing, so if he’s rich enough, we’ll put up with the fact that he earned it. But if you can, go for a dude who’s comes from Ye Olde Money. Like this guy: 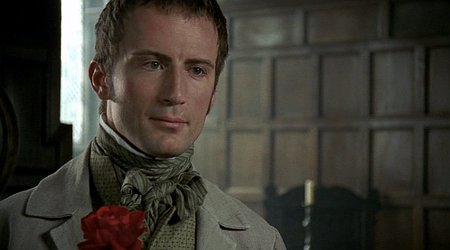 How to get him to notice you at a party: 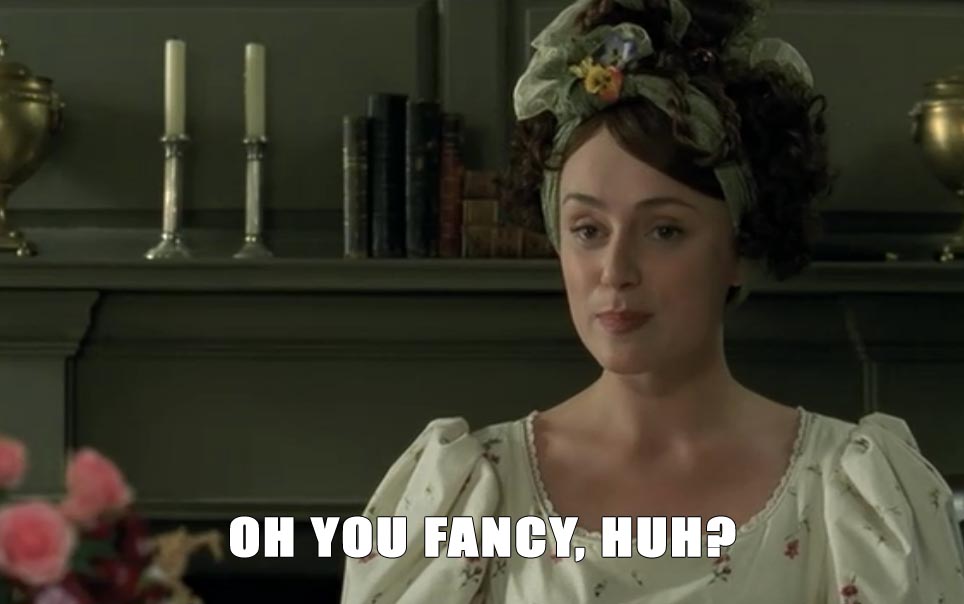 This is what she wears to brunch.

If you’re going for the win and money is your only object, then you want fancy. You want your nails done, hair done, everything did. In fact, the bigger the better. Big dress. Big hair. Big hats. 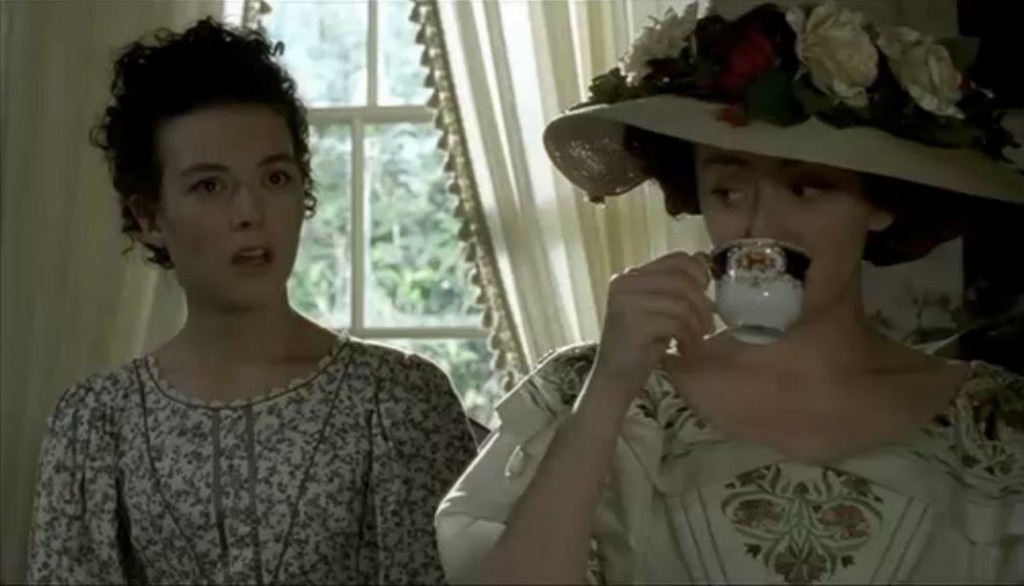 No one was surprised he chose Cynthia over her sister Molly.

You see, the dowdy floral number? No? Oh, that’s because her step-sister is up-front and center with the giant hat and sleeves so puffy they’d send Anne Shirley into a tizzy. But Molly (the plainer one) has something else going for her. She and our other heroine, Margaret, are playing the long game. Because while the dudes go straight for the fancy, that doesn’t work out so well in the long run. Either they figure out she’s an idiot or she ditches them for someone with more cash money and a family name (fancy costs money).

So what’s our un-fancy girl to do? Well, here’s two tricks: 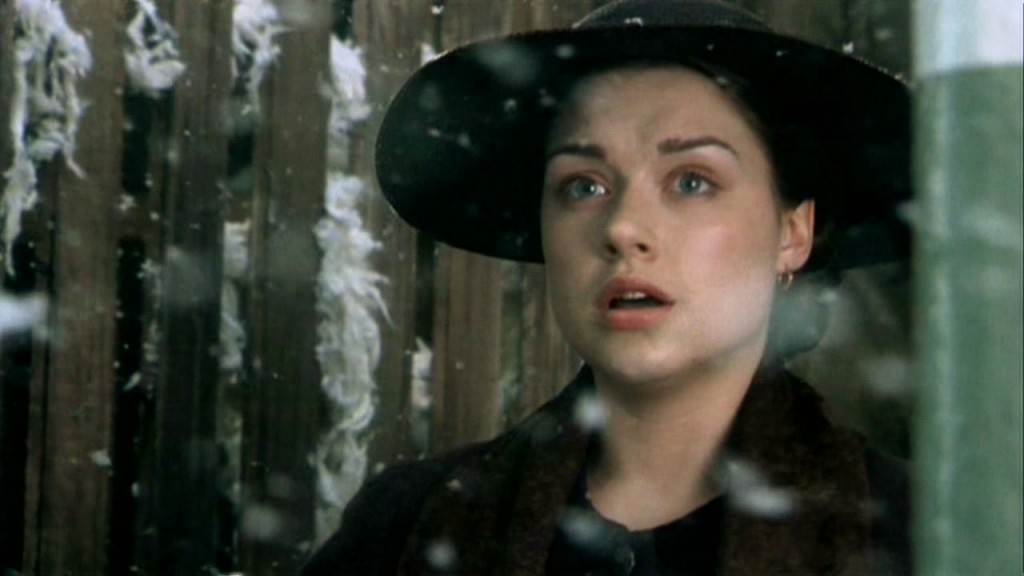 If he’s willing to look past that hat, he’s a keeper.

This my friends is a risky way to get a man. It involves telling him to eff off just as he says he ardently loves and admires you. Oh sure, he’ll do nice things for your family and friends. And yes, he’ll perk up a bit when he hears you’ve said really nice things about him. But there’s no guarantee he’s coming back. Your brooding hero might just be the type to stand there and look tortured in the snow while you leave town. And honestly, do you really want to hurt him? He already broods enough as it is. 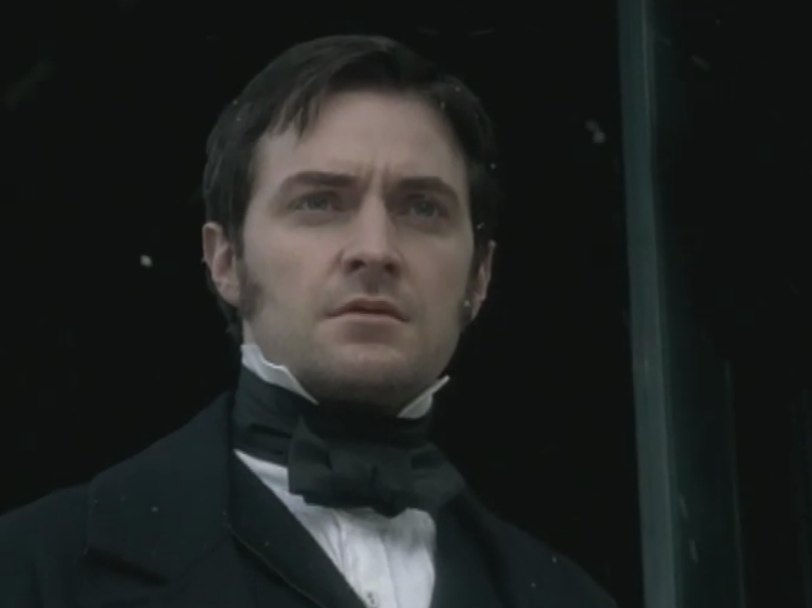 Brooding is already his hobby. He doesn’t need more reasons to brood.

On the upside to this plan, he’s totally into you for your brains and your opinions – not your outfits. 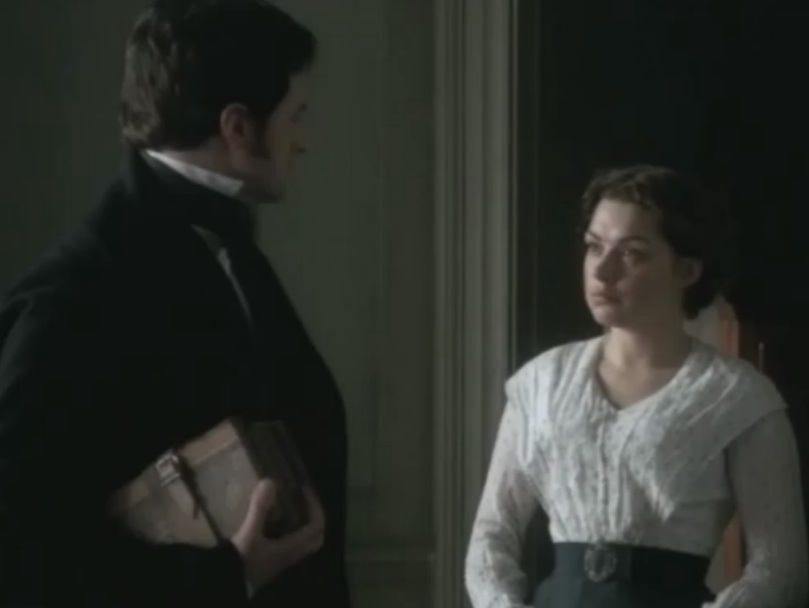 Another risky move from both the Regency and Early Victorian playbooks. Oh sure he thinks you’re cute in that plaid dress and he likes that he can talk to you about science and shit, but does he like like you? 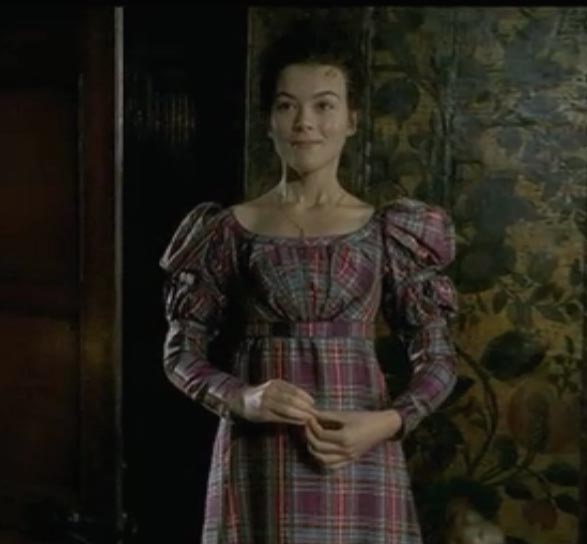 Unfortunately, he’s just not that into you. At least not yet.

The trouble is, you’re dressing safe. Sure you look cute, but you’re not catching his eye. You’re dressing for other ladies in your village. 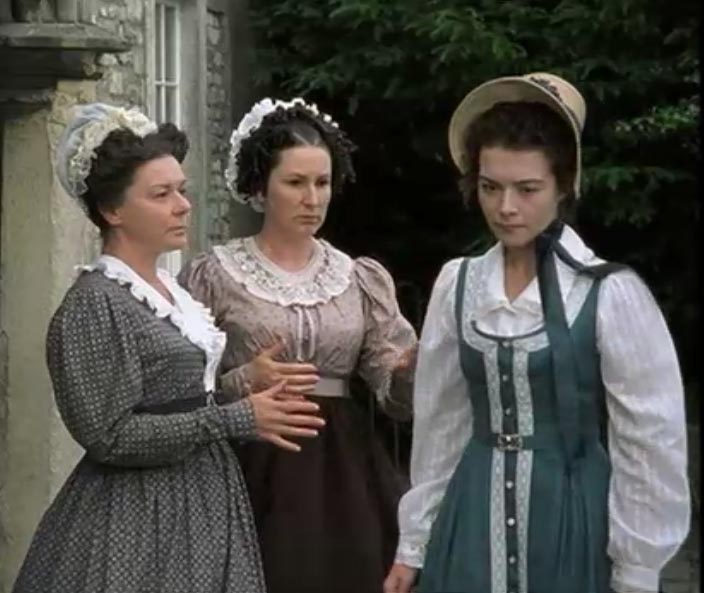 Adorbs. Something your old lady friends would totally approve of.

So here’s what you do: dress like the kid sister at first and get him to figure out you’re aces. He’ll get engaged to your step-sister and he’ll go off to Africa and he’ll mention you in letters and you’ll take care of his dying brother and have the occasional bathroom cry about your situation. But when he gets back, you need to break out the fancy. 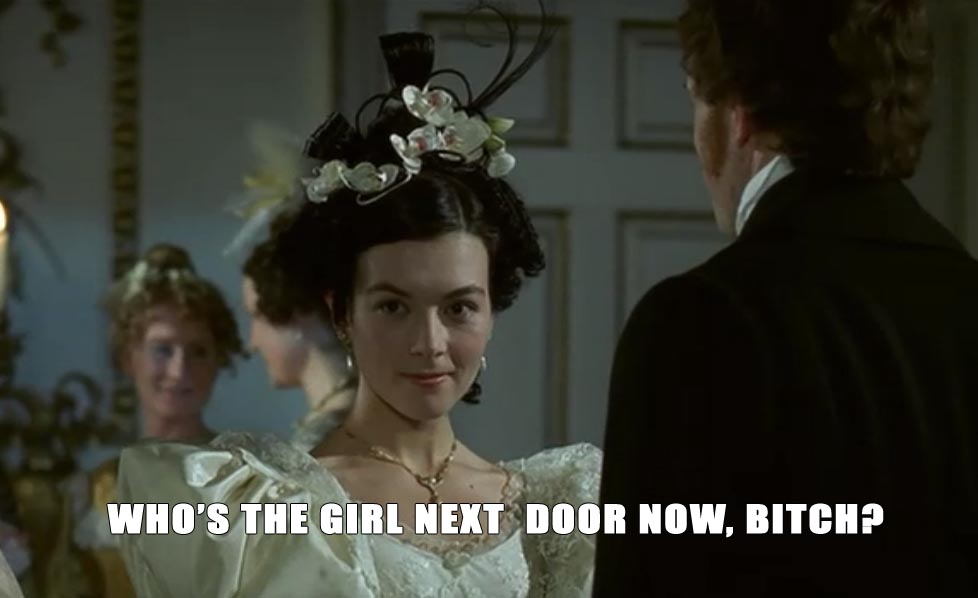 Every now and then you’ve got to show him you’re more than just the smart, lovely, dependable girl next door. You’ve got to break out the big dress (preferably in white to remind him you’re still all pure and junk) and the big hair and dance with every other dude at the party. He’ll notice you then alright. Just be careful that you actually show you’re noticing him too. You’d hate for him to run off to another continent without declaring his love for you.

Ally: As it’s a busy week, I’m leaning on L-A to handle to posts until Friday (my earlier prediction that I would be back on Wednesday was so effing wrong. I’m sitting here, trying to recall a post that has made me laugh as hard as this one. I needed that.