Well, while we’re talking about book awards on the blog, it seems like the right time to post the short list for the Scotiabank Giller Prize. This annual award honours excellence in Canadian fiction writing and each year puts the spot light on five deserving Canadian authors – sometimes new faces and sometimes well established favourites.

Each of these nominated titles will certainly see a burst in sales and interest – put a hold on a library copy now and check out some great Canadian writing.

Kim Echlin – The Disappeared. The third novel from an Ontario author. 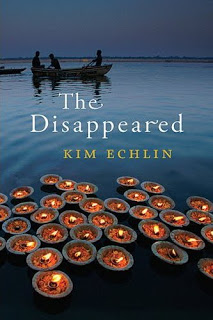 “The Disappeared is an elegiac, beautifully told memory-tale of obsessive love. A teen aged Canadian woman falls in love with a young Cambodian refugee; after the fall of Pol Pot, her lover abandons her and returns home in search of his lost family. She follows him to Cambodia and takes the reader with her into one of the darkest chapters of 20th century history. On one level, the novel is a young Canadian woman’s bildungsroman; on another, a profoundly moving account of the genocidal horrors of the Cambodian killing fields and its terrible aftermath. Written in elegant, spare prose, The Disappeared confronts one of the most painful conflicts of our time; the collision between our private, personal desires and the brutal, dehumanizing facts of modern history.”
Annabel Lyon – The Golden Mean. Debut novel from a BC author of two previous short story collections. 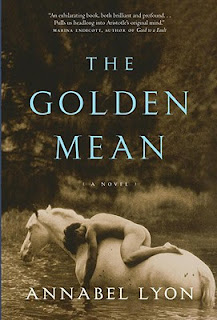 “The Golden Mean is, ostensibly, the story of the philosopher, Aristotle, and his pupil, Alexander. Aristotle has yet to become the director of the Lyceum and his pupil has yet to become Alexander the Great, the conqueror of the known world. In succinct and detailed prose, Annabel Lyon not only illuminates an historical period but explores issues that are achingly contemporary: the purpose(s) of education, the destinies (and responsibilities) of the gifted, the influence of parents, the jealousies of scholars, the complications of tribalism, the tension between belief and science, and the relative merits of the life of the body versus that of the mind. The characters, some historical and some fictional, are, in their multitude, kind and noble and petty and vicious; they are recognizable to us all. This is a wise and thoughtful book.”
Linden MacIntyre – The Bishop’s Man. A timely novel from the co-host of CBC televison’s The Fifth Estate. 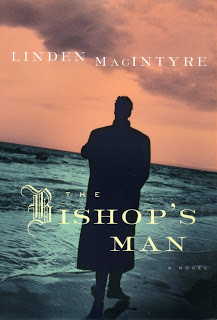 “The Bishop’s Man centres on a sensitive topic – the sexual abuses perpetrated by Catholic priests on the innocent children in their care. Father Duncan, the first person narrator, has been his bishop’s dutiful enforcer, employed to check the excesses of priests and, crucially, to suppress the evidence. But as events veer out of control, he is forced into painful self-knowledge as family, community and friendship are torn apart under the strain of suspicion, obsession and guilt. A brave novel, conceived and written with impressive delicacy and understanding.”

Colin McAdam — Fall. A novel from a Montreal based author who has previously been nominated for the Governor General’s Award. 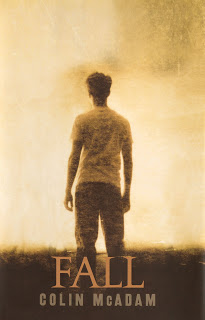 “The novel is set, unusually, in an exclusive boarding-school for the kids of Canada’s elite and of foreign high-flyers, notably Julius, the American ambassador’s confident son. There are a few girls in the school, one of them utterly beautiful and irresistible. The

narrative is shared between Julius and his roommate Noel – less privileged, less attractive, a clever but confused loner. The traditional setting is offset by a sharp, modern immediacy of style and form, and by the author’s brilliantly authentic insight into adolescent sexuality and its heartbreaking delusions, dreams and betrayals. This is a strikingly well-achieved novel.”
Anne Michaels – The Winter Vault. Long awaited book from a Toronto based author whose last novel was released in 1996. 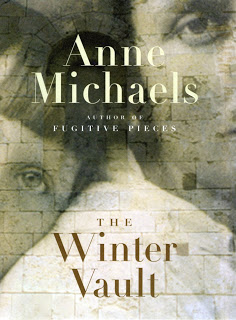 “This is a novel about the loss of people and the loss of place. The “progress” initiated by the construction of the Aswan Dam and the St. Lawrence Seaway resulted in changes, not only to the respective landscapes, but also to the people who were displaced . Displacement may be the central image of our modern world, thinks Jean, the central character of The Winter Vault. Sometimes displacement is caused by war and sometimes by water. Some losses are universal and others are achingly personal. This is also a novel about healing: healing through art, through the grafting of plants, through the gift of friendship and the restorative power of time and love. This is an intensely moving novel expressed in lyric grace.”

All quotes come from the Giller Jury

The Giller Shortlist has been announced!
https://haligonia.ca/the-giller-shortlist-has-been-announced-6813/