There are times when I feel utterly discouraged and I wonder if I have royally screwed up this responsibility of raising these kids I’ve been given. Maybe I’m too strict. Maybe I’m too angry and not patient enough.

Maybe I don’t provide a loving enough place for my children to feel free to be themselves. It just seems too easy to mess all of this up, especially in this increasingly sleepless state.

There are days when I just feel so overwhelmed that my kids won’t listen to me, or that they can’t be nice to each other. They don’t want to learn, don’t want to go outside. I pick my battles and leave too many unfought – but also, probably too many fought too.

Am I neglecting this precious opportunity of their early years to foster attachment and habits that will lead them into positive adulthood?

There is no Easy Button for parenting. No One Size Fits All, a point made especially clear when you realize the need to reinvent the wheel for each subsequent child. There’s only the chance of screwing up someone’s entire life. Possibly three someones. Cue monumental fear.

On Thursday, I looked at the clock to realized that time had gotten away from me. Our car needed to be at the garage in 20 minutes. We were at least 10 minutes away with one kid to wake up, two diapers to change,  and three car seats to buckle. Plus, I had totally forgotten to plan something to entertain the boys when we would undoubtedly be waiting for hours.

We arrived at the dealership 15 minutes late. “It’s okay” said our attendant when I apologized. “It’s understandable! You’ve got your hands full!” Yes! I do! People tell me this often, and I just accept it and eagerly agree. It isn’t a slight against me. It is an extension of grace. It’s okay. This is hard. We understand that it is hard. But you’re doing it.

Our van ended up being out of commission for over four hours. My little foursome walked to the most family-friendly location within walking distance: McDonald’s. A restaurant without a play-place, we had lunch and wound up back at the dealership to wait out our appointment. With a train table, the dealership was slightly more desirable.

The boys played with their Happy Meal toys and the train table. Cameron pulled out his 2DS. Gavin asked to watch Pound Puppies on my iPad. My anti-sleeping baby remained in my arms for the most part. I helped him stand. I let him sit on my lap. I nursed him. We practiced trying to sit alone on the floor. We waited. So much waiting. 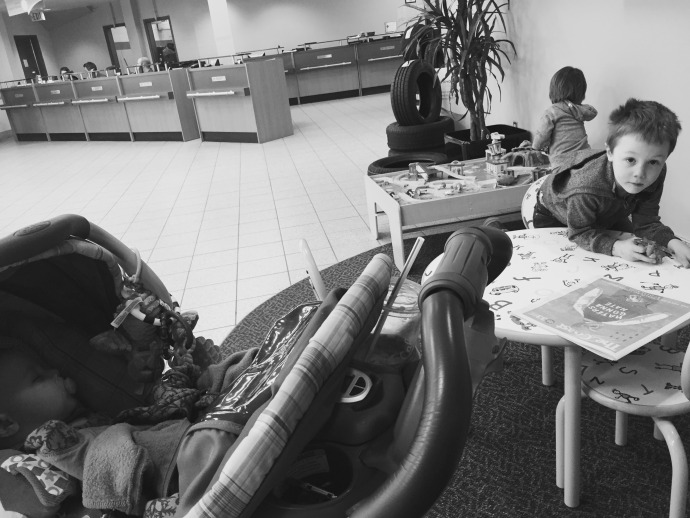 An older gentleman walked up to me. “I just need to tell you that I am so impressed with how well your boys can entertain themselves! You don’t see that much anymore.”

Thank you — except — was what he noticed really a compliment to my children and I? He didn’t tell me they were well-behaved, though perhaps that was implied. No. They were good at entertaining themselves, with little parental involvement.

My mind rushed to all the times I’ve told my children to play downstairs so that their noise would be far away from the baby. I thought about how often I tell them to turn on Netflix or play a video game because I am too tired or busy to encourage more beneficial and productive activities. Is it because I leave them to their own devices so often that they are good at entertaining themselves? Do they not need me as much because I haven’t made myself as available as they need me to be? 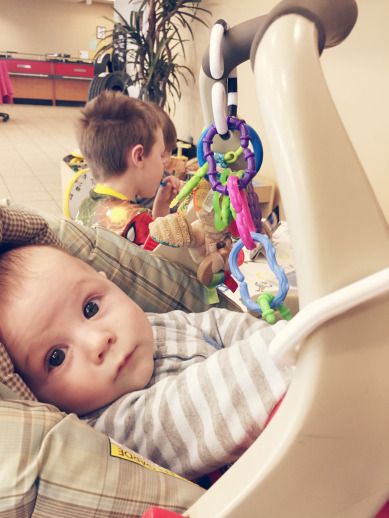 When they finally called us over to pay the bill, the lady behind the desk mentioned my kids too. “We get kids in here who destroy the place after thirty minutes. Your kids were here for four hours and we didn’t hear a peep. Just little giggles from your baby. And it was such a rough day here that hearing those giggles were our bright spot. It’s clear that there’s some good parenting behind those happy kids.”

It is true that one of the best parts of bringing the third baby home is that neither of the older boys seem to mind the change. They have each other, and their friendship has grown stronger because of it. Every day I get to listen to their conversation and watch their games. I get to witness them learning to live closely with another person.

It is also true that I have been getting more hugs and kisses from Cameron than I have in a long time. I think maybe it is because I am around. He isn’t at daycare, his Dad works a lot. I’m his caregiver and I have to be present enough in his life to be warranting all of these expressions of his love.

I’m not perfect. I’m going to struggle my way through this parenting journey. I’m going to leave my children with baggage. That’s what living in relationship with someone means. But perhaps I shouldn’t be so hard on myself – or my kids. They aren’t bad kids like I can sometimes wonder in the midst of the long days at home. When we get out of this insular bubble I discover that my kids actually play well with others, listen when directed, and are quite quiet, all things considered.

It’s nice to get out in public to actually see that we’re not doing too bad as a family. I have so many reason to be proud of my kids, and maybe I can even spare a little bit of that pride for me – even if I do carry around a tablet with Netflix on it for emergencies. 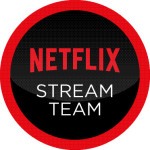 I am a member of Netflix’s Stream Team and as such I have been compensated with a complementary Netflix subscription and a few other perks. The stories and opinions are all my own and have not been influenced.

The post The Kids Are Alright appeared first on Mommy Miracles.

The Kids Are Alright
https://haligonia.ca/the-kids-are-alright-107046/