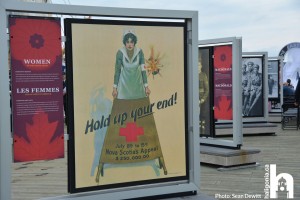 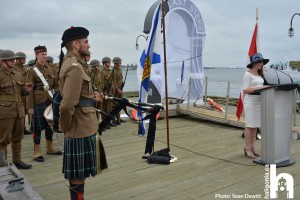 The unveiling of “The Last Steps” arch on the Halifax waterfront takes us way back to the days of WWI in Canada.  As a major hub to access to the Great War, and as a major contributor of troops and supplies, Halifax was the last stop for many on the way to a foreign land. 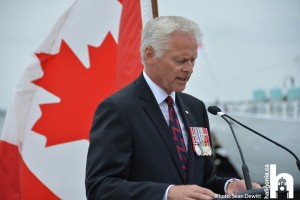 In the area that the Arch has been installed, troops from the 22nd Battalion (which is now the Royal 22nd Reg), 24th Battalion,  the 25th Battalion, and the Highlander 85th Battalion embarked overseas to fight.  In all, 350,000 Canadian troops sailed from our Harbour. 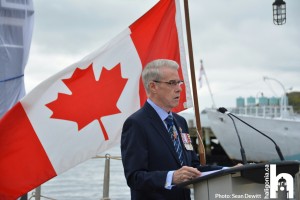 They left on the HMTS Saxonia, a converted Cunard ocean liner repurposed for military transport.Many never returned, and those who did come home were changed forever.  30,000 Nova Scotian’s were part of the war, with approximately 3,400 never to come home. 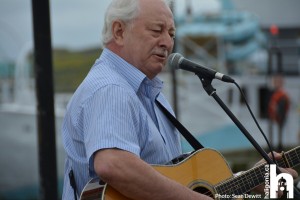 This arch is a tribute and a memory to those who fought.  As time goes on, it’s important for us to keep history alive.  Many troops who were sent to war saw Halifax as the last North American city they would ever see again. 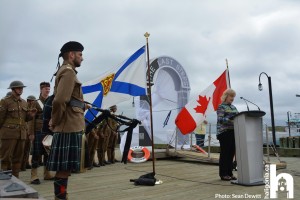 A large crowd formed to witness this special event.  Hosted by (ret) Maj Ken Hynes, the memorial heard moving speeches from those involved in the process of making this Arch possible.  Artist Nancy Keating (whose great uncle served in the 25th Battalion) spoke to the audience on why this project was so important to her.  Jennifer Angel, the acting President and CEO of Waterfront Development, Lt Gov – Brigadier-General The Honourable J.J. Grant with remarks from the Lt. Gov, this event had a considerable Canadian pride overtone. Both active members of the military as well as aa small group of veterans sat proud during the speeches given. 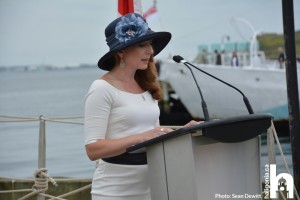 Accompanied by a touching performance of “Green Fields of France” by Brian Doherty, and wrapped up with the singing of O Canada, this event brought both tears and some laughter to those in attendance. 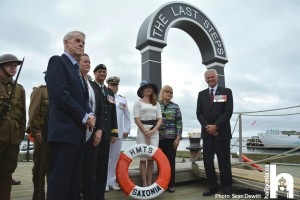 Along the wharf where the Arch stands, large photo displays with information run down the center, honouring those who participated directly and indirectly in the war, including historical regiments.  Burned into the wood, a series of footsteps representing soldiers taking their last steps in Halifax onto the ships that would sail them out to war.  This very thoughtful memorial aims at keeping our history alive and visible for everyone. 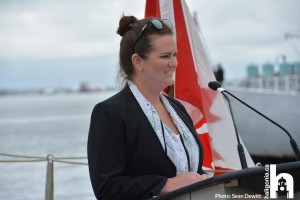 Many contributors made this memorial possible. The Army Museum Halifax Citadel, Waterfront Development and Halufax, the Maritime Museum of the North Atlantic to name a few.  Donations will be the main means to fund annual maintenance.

Stats regarding troop divisions and deployment numbers via Army Museum