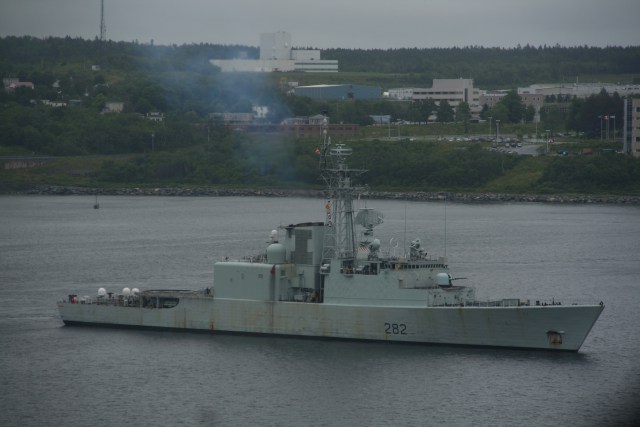 Next weeks Council agenda contains an item for DND requesting a Flypast. March 17. For the paying off of HMCS Athabaskan. The good news, is that this paying off includes a Sailpast.

That Halifax Regional Council grant permission for the Royal Canadian Air Force to conduct a low-level flyby, as low as 500 feet over the water, of two CH-124 Sea Kings as they escort HMCS ATHABASKAN during the final sail past on Friday, March 10, 2017 in conjunction with the paying off ceremony.

Original article: The Last Tribal, HMCS Athabaskan to be Paid off in March.

The Last Tribal, HMCS Athabaskan to be Paid off in March
https://haligonia.ca/the-last-tribal-hmcs-athabaskan-to-be-paid-off-in-march-182040/