It turned out to be a beautiful Easter Sunday here in Halifax. Today was weigh in day for me and I am happy to say that I am down another 1.4 lbs :-). For an instant I was slightly unimpressed by the result because I have been working REALLY hard in the exercise department and was at or under my calorie goal almost every day and was not far

It turned out to be a beautiful Easter Sunday here in Halifax. Today was weigh in day for me and I am happy to say that I am down another 1.4 lbs :-). For an instant I was slightly unimpressed by the result because I have been working REALLY hard in the exercise department and was at or under my calorie goal almost every day and was not far

off on the days that I wasn’t. But I only let it bother me for a second because it’s down in the right direction and I’m just going to keep going until I get there! I’m not just saying that. I’m 100% committed to getting back to my goal and down is the only way to go!

I took my Garmin 305 on it’s Maiden Voyage on Friday. You may recall that my husband got me fully equipped for my half marathon training the Christmas before last (2009) and a Garmin was the coveted gadget I was hoping for! Of course, two days later was when I discovered my suspected “ulcer” was actually my Little Peanut baking in the oven and the half marathon training or any kind of running at all never happened! So sadly, my perfectly awesome running gadget stayed in the box! I have been starting to incorporate more running intervals on the treadmill during my workouts and I was curious how I would fair out on the pavement. I wasn’t going to go for distance or pace and my goal was just to get running again so I set up my garmin to do an interval workout of 2:2 (two minutes of running, then two minutes of walking) and repeat that 12 times. Oh and then I remembered that the word “hill” is in the name of our neighbourhood for a reason!

I decided I was leaving the little one home with Daddy and it was just going to be me. It wasn’t until I got going that I realized what it was like to be alone with myself. I didn’t even have music because my iPhone was dead. I was thrilled to be out in the nice weather and spending some time with myself. After becoming a Mom, I now understand the whole “me time” concept and how important it becomes. A lot of planning and effort goes into making room in my life for ME! It felt great. I even diverted off track down into a path to the lake nearby my house and just sat there staring out into the water and listening to the waves made by the wind. I am a Maritimer to the absolute core and I could have inhaled every wave and splash around me. It was the best medicine I’ve had in a long, long time. I can’t wait to take the little one to the beach this summer and introduce the sand and the ocean to him. He has it coursing to this veins too 🙂

The run went great. I was slowwwwwww and my heart rate reminded me just how far I have fallen from where I was before pregnancy. But I’ll get back there again eventually. Actually, carrying the extra weight and hitting the hard pavement really did take its toll on me. My knees are legs are REALLY sore to the point that I’ve taken the last 2 days off as “rest days” from exercise completely. I hope tomorrow I’ll be ready for a good sweat session. I’ll end up doing something else if my knees bother me too much, probably some strength or try out the Jillian Michaels Yoga Meltdown DVD that I’ve got waiting. I know better than to think that it’s an “easy” alternative with the name “Jillian Michaels” in the title, but it should be ok in the impact department.

Early this afternoon we headed on over to Cameron’s Nan’s house for Easter dinner. He enjoyed himself and the attention from his Nan and our friend Amy once again! 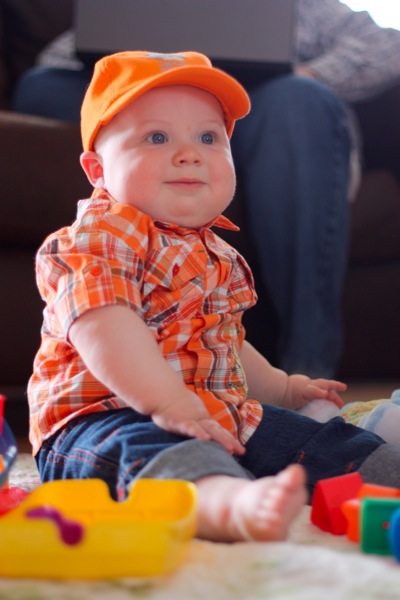 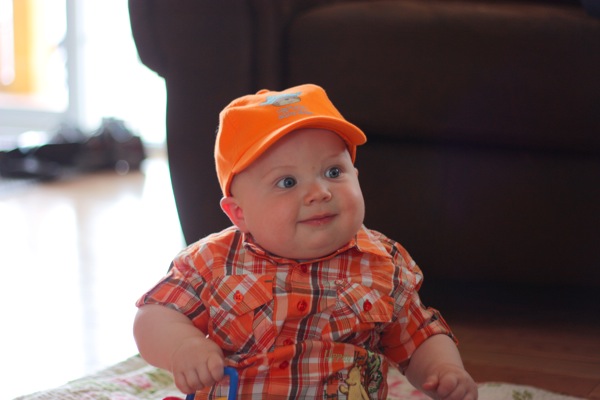 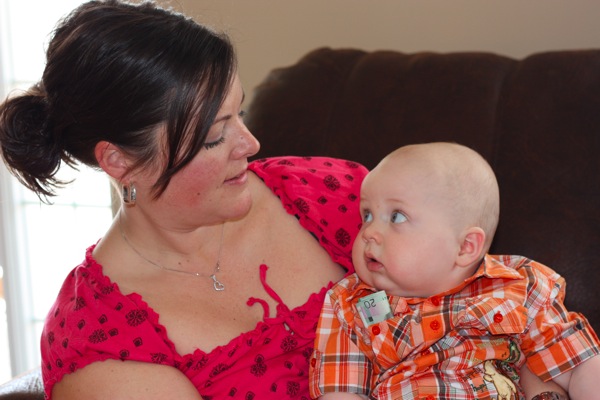 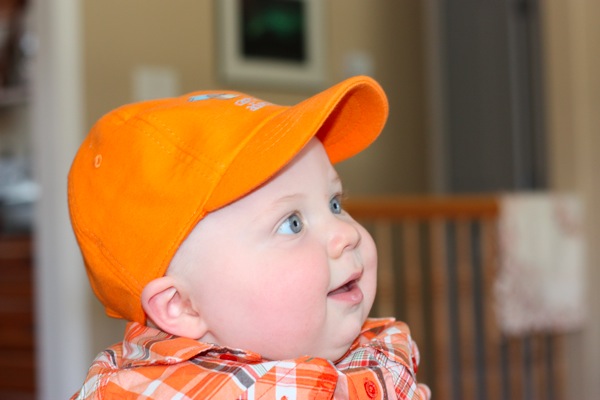 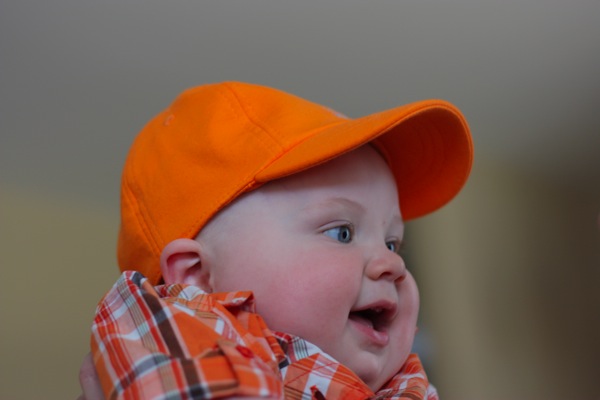 The little guy and I went to an Easter Party play date a week or so ago and the Mom hosting the play date had a fun craft for the babies to do, but C was having too much fun just sitting and playing so I didn’t want to interrupt him. I thought it would be a fun thing to do as a momento for his Nan today though! 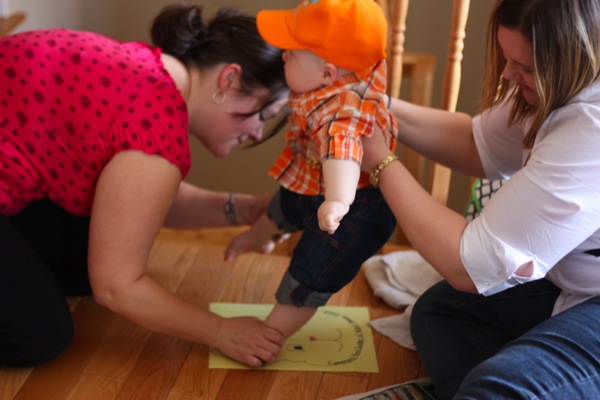 In retrospect, his footprints should have been imprinted upside down, but still cute nonetheless and Nan gets C’s first piece of art work! 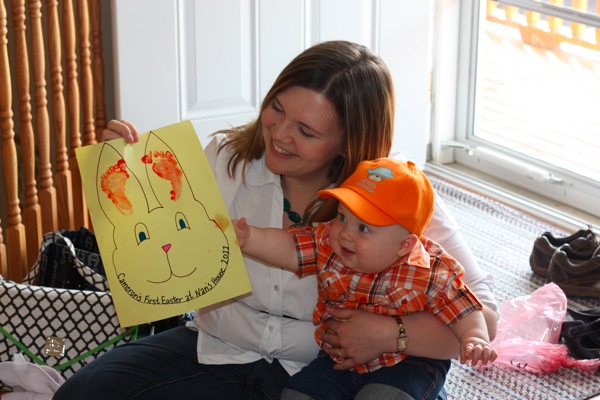 I hope you all had a wonderful long weekend with your families! 🙂