Home / Life / The Reader / The Meaning of Wife 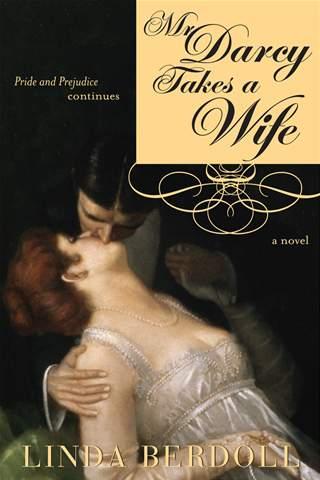 The Meaning of Wife

June was the start of the wedding season and I have heard a lot of wedding plans. Of course it does not help that I am addicted to TLC’s bridal shows. I started to think about the terms, “man and wife”. Why not husband and wife, or wife and husband, or better yet “equals” in life. But that isn’t going to happen any time soon, so here are some “wife” themed novels:

Mr. Darcy Takes a Wife : Pride and Prejudice continues by Linda Berdoll and no she is not a vampire. I am kind of getting tired of great works of literature being tacked onto supernatural creatures and thank God, this is not that type of book. Don’t get me wrong I do love an original supernatural tale but these new genre not so much. Berdoll creates a sequel to Pride and Prejudice that is wild, sexy and has the happiest newly weds that I have ever read about. This is not a novel for Jane Austin snobs but others may enjoy this wild romp of one of literature’s great couples.

Author Paula McLain stated that she came to write about Ernest Hemingway and his wife after reading A Moveable Feast. In the final pages Hemingway writes of his first wife Hadley ” I wished I had died before I ever loved anyone but her.” The Paris Wife is McLain’s fictional account of the couples courtship and subsequent marriage in 1920’s Paris. The extensive research the author did made for a riveting tale of one of literature’s giants beginnings.

What a thankless job being The Senator’s Wife would be Sue Miller’s novel of this name re-creates the early years of the Clinton administration, complete with news stories of Whitewater, Gennifer Flowers and the presidents extra-martial wanderings. This two family saga takes place on either side of a two-family house. On one side is Nathan and his wife Meri. Nathan, a political scientist, is thrilled to be living so close to former senator Tom Naughton . Politics in the nation and the bedroom are part of the plot. As Naughton states ” Do you remember when everyone thought Bush had a mistress……she was rumoured to be ….wealthy and WASPy…..the problem here is the goddam Democrats who sleep down, you see. They love that white trash and white trash loves publicity…..the Republicans. They sleep up…” To quote that old country song these women “stand by your man”.

I know that you are not suppose to judge a book by its cover but I defiantly judge this one by its title. Don’t Cry for Me Hot Pastrami: a Ruby the Rabbi’s wife mystery by Sharon Kahn had me laughing at just the titles in this series. Ruby is aboard a bargain cruise ship when she encounters, romance, danger, bad food and eventually a murder. This series is a perfect, mindless, funny, and fast paced read.

Kiki Swinson discovered her writing talent while serving five years in a federal prison. She has written a series of urban fiction novels entitled Wifey. Wife Extraordinaire is another series is with a similar theme. Some preferred the first series over the second but I will let the reader decide that. This particular novel has two wives who have been entered into a wife-swamping television show by their husbands. But like all matters, the husbands should have been careful what they wished for.

Hopefully all marriages have an element of honor within them. The issue with Honor thy Wife by Norman Bogner is that he vows to honor his wives! The “all-American” guy, Terry Brett is followed from the free love of the 1960’s to his present day job as a lawyer. Along the way he falls in love with two very different women. Complications ensue and Terry ends up married to both women at the same time. This is a perfect summer read to add to your list of books.

I find it interesting that a book based on a classic (Moby Dick) which originally failed, become a huge best-seller in its first print. Ahab’s wife, or, the star-gazer: a novel by Sena Jeter Naslund takes barely a paragraph worth of references and creates a whole world for Ahab’s wife, Una Spencer. What sort of woman would marry a captain of a whaling ship, such a dangerous occupation? Ahab is only one player among many in this fascinating tale. I am unsure how I feel about Naslund’s piggybacking onto Melville’s fame so I will let you decide that for yourself.

And you will have to figure out yourself what your definition of a marriage is, all I know is that you vow to take each other “for better or worse”