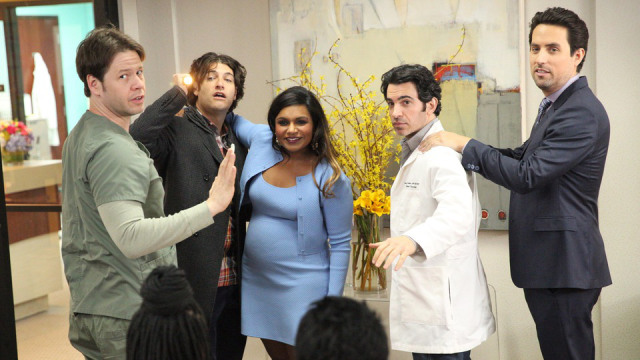 The Mindy Project just completed a third season, and Fox has yet to renew it for a fourth. I really, really, REALLY hope they do. It’s my favorite sitcom currently on TV, and one of the few shows left that I feel I must watch the night it airs.

Though I still watch New Girl, I’ve steadily lost interest in it over the last couple years, getting bored as it recycles the same plot points over and over again. The characters on New Girl never grow, never change, never do anything different. They are all essentially in the same place they were four seasons ago.

The Mindy Project does not have that problem. Mindy Kaling has made bold choices for her show, she has never shied away from change or progress. The characters have grown and developed. Instead of dragging out a “will they or won’t they?” relationship for Mindy and Danny, they dove right into “they did”. The show got funnier and better because of it.

It should go without saying that a blog entitled “The Mindy Project: Season Three” will contain spoilers, but just to be clear, DO NOT KEEP READING IF YOU HAVEN’T FINISHED SEASON THREE.

The biggest thing The Mindy Project did this season was write a pregnancy storyline for the titular character. People often say kids ruin sitcoms, but I think if anyone can pull it off, it’s this show. Mindy’s pregnancy has not only been a source of incredible humor, but it’s also given the show the opportunity to keep exploring Mindy and Danny’s fascinating relationship.

The season finale was just wonderful. It dove into some of the inherent differences between Mindy and Danny, but it never felt like the tension was forced or fabricated. These issues have been simmering all season, but the show has never made us question that these two characters love each other. The episode had some really sweet, tender moments but it was also laugh-out-loud funny.