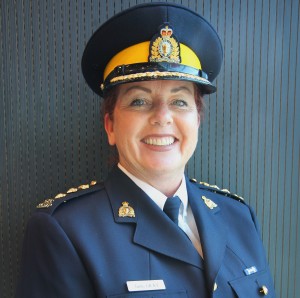 The RCMP would like to introduce you to C/Supt.​ Gray​ ​

Halifax District RCMP is under new leadership with the arrival of Chief Superintendent Janis Gray​ to the position of Officer-in-Charge.

A​ 32-year member of the RCMP, C/Supt. Gray brings a diverse operational background to the role based on her experience across Canada in a variety of policing environments.

“I am both thrilled and humbled to have been chosen as the new Officer in Charge of Halifax District RCMP. I am looking forward to working in close partnership with Halifax Regional Police, their membership and our communities.”

C/ Supt. Gray recently arrived in Nova Scotia after holding the position of Director of the RCMP’s Canadian Air Carrier Protective Program and was also the Chair of the International In-Flight Security Officer Committee. She has served in three provinces and the majority of her experiences as a police officer have been in operational roles. This includes undercover operations, missing persons, child exploitation, major crime investigations, investigating abuses at residential schools, and general duty policing in small and large communities in both Newfoundland and British Columbia. She has extensive experience teaching nationally and internationally on investigative techniques and Major Case Management.

“On behalf of all RCMP employees in Nova Scotia, I’d like to welcome C/Supt. Gray,” says A/Comm. Lee Bergerman, Commanding Officer of the Nova Scotia RCMP. “I believe her experience, energy and drive will greatly benefit the RCMP and the communities we serve.”