The Right Coast is Nova Scotia. “You must mean east coast”, someone once said to me. That too but not exactly. Because I like to make lists, I’ll explain to you what I mean. 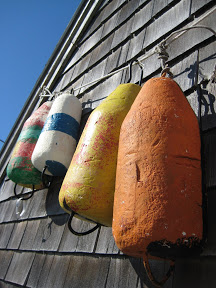 1. Geographically speaking, on the North American continent, there’s Canada. Nova Scotia is on the right hand side. You know, the eye naturally falls to the right.

2. I lived on the west coast for eleven years. My husband and I did what thousands of other new graduates do, we moved there to work. British Columbia was beautiful in many ways. Our children were born there, we made lifelong friends who made us part of the family at Thanksgiving, Christmas and other special occasions. My husband and I knew that there was something missing, even with a nice house and really good jobs, our lives were not complete. We realized that we wanted our children to not only see their grandparents and aunt and uncles every two years for a week or two at a time. It’s tough to form a relationship that way, yet alone maintain one. While it was a painful decision to uproot ourselves to move east, we made the plunge. And plunge we did. With no guarantee of a job in Nova Scotia, we quit our secure ones, sold our house and everything we owned. We made a right hand turn and kept going until be bumped our noses on the Atlantic.

3. This is home. I grew up in a small fishing community on the Eastern Shore of Nova Scotia. I was envious of those who could watch cable television, hang out at an arcade and do all those cool things that a teenager could do. While my city slicker friends were mastering Pacman, I was jigging mackerel from the wharf. While none of these things are not necessarily better than the other, they are different and years later I realize that cleaning a fish is a good skill to have. My childhood experiences were humble yet rich. 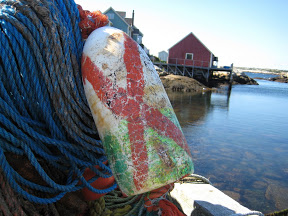 4. The people are “some” nice. On Twitter I asked the following question: What makes Nova Scotia the “right coast” for you to live? Basically all of the responses made reference to the people. Words like “authenticity”, “warm, kind and fun to be with” came up. Of course, people are nice wherever you go but it’s Nova Scotians who capture tourists hearts and uphold our reputation.

For these reasons, Nova Scotia truly is the right coast for me. What are yours?