Much like La Lohan, I’m sick of rumours startin’ (and the paparazzi), as they tend to send my hopes skyrocketing, only to be brought down by another sad season of Nickleback and Hillary Duff shows. 2008 was the exception: it was an amazing year for the arts in Halifax, especially music. While there isn’t a lot of buzz about shows yet, there are a few that began last year, and are building up momentum in the early part of ’09.

Here are my, so far, favourite unfounded Hali-rumours of ’09: 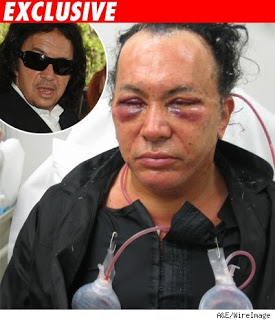 Basis:
In a recent interview, Gene Simmons states that there will be a summer Canadian tour, and that Halifax is a confirmed date.

But:
Something sounds fishy about this quote: “…but before you get out there and start the baseball season, they hold exhibition games, that’s what we’re doing.”
I’m not sure if he thinks Halifax is some kind of baseball-town, or if he sees his band as a team. Either way, the guy is cracked, and whatever he’s doing to his hair is seeping into his brain. But to state the obvious, yes, I’d go.

Fact or Fiction: I’m leaning towards fact, because Halifax seems to be destination number one for aging rockers. 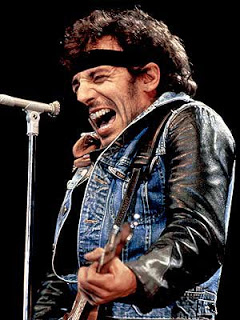 2. Bruce Springsteen will play the Metro Centre in March.

Basis:
Randoms on a message board have confirmed through “unnamed sources” that the Boss is coming after either a Montreal or Boston date.

But:
When one quotes “unnamed sources” when they themselves are an unnamed source, things tend to be sketchy.

Fact or Fiction: The mainstream media has yet to report this, but I’m keeping my fingers crossed and my ear to the ground. An official announcement will supposedly be made on January 16th… according to an unnamed source.

3. A huge Sci-Fi/Fantasy Con in Halifax will attract the likes of Stan Lee and Patrick Stewart in 2010

Basis:
A Facebook group I just joined that seems to imply the organizers believe that Halifax can attract the big players of the Sci-Fi/Fantasy world.

But: …I’m not quite sure the East Coast needs a “large-scale” Con, or that this group has means to pull it off, but I wish them well!

Fact or Fiction: So far the confirmed guests are Water Koenig (Chekov – Star Trek TOS, Psi Cop Bester – Babylon 5—neato!) and Jeremy Bulloch (Boba Fett—neato!), with the possibility of a YuGiOh voice-actor (not so neato) attending. Again, I wish them the best of luck in attracting more guests/vendors. James Callis can stay at my house!

Another unfounded rumour is that S. Spielberg is once again setting up camp in Halifax, but I’ve yet to see any buzz on the interwebs about that. I hope he films Tintin here, so that I may revel in the glory of his perfectly flipped orange hairdo.

So, Internet, what rumours are making you tentatively look forward to ’09?

The Rumour Mill at Work
https://haligonia.ca/the-rumour-mill-at-work-1812/