I looked at the calendar the other day and had a mild moment of panic when I realized the date and my progress in the To Be Read book challenge for 2011. My last post was in September, I’ve been a little delinquent.

Or not: I’ve still been reading, I just haven’t been completing. Case in point, I’ve been picking away at Changing My Mind (M) by Zadie Smith since spring. The subtitle of the book is “occasional essays”, perhaps I took that too much to heart. If Smith can occasionally write an essay, why can’t I occasionally read one? Thus it’s a book that has been sitting on my coffee table, on my night table, on my desk and in my purse as I find the time and the inspiration to read it. Last week I made a final push to switch it from the “in progress” column to the “read” column. 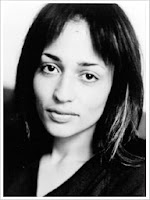 Smith is a talented writer. Her writing is smart but funny, and she can sketch out a scene or a character with depth and authenticity. Her novels White Teeth (M) and On Beauty (M) are among my favourites, although her middle novel The Autograph Man (M) left me cold. Her essays had a similar impact on me: some of the pieces in the book left me cheering her wit and insight, others left me flipping ahead to see how many pages were left.

Changing My Mind is divided into 5 sections: Reading, Being, Seeing, Feeling and Remembering. For me the strongest section was Feeling, where the essays are all connected to Smith’s father (to whom the book is also dedicated). In these essays we see the author more personally, and she brings the qualities that make her a great fiction writer to nonfiction work.
On the other hand, I was genuinely surprised to find myself slog through the section on Reading. In part my problem was that most of these essays were about books that I hadn’t read, or books that I had read so long ago I’ve forgotten their details, but these essays were also the most academic and for me were dry and too full of theory. Contrast those to the last section “Remembering”, which contains just one essay, “Brief Interviews With Curious Men: the Difficult Gifts of David Foster Wallace”. There is a lot in this piece that could also be called academic (including a lot of linguistic theory and philosophy), but Smith carries it with more panache, and although I read much of it with a dictionary close at hand, I enjoyed the experience and the “difficult gifts” it presented. 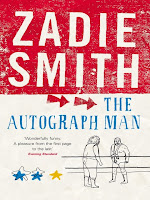 My favourite essays in the book? “One Week in Liberia” in which Smith brings the fiction writers’ knack for character building and setting a scene to showing life in an impoverished nation of political turmoil, “Dead Man Laughing” where Smith dissects the comedic preferences of her father in doing so, says a lot about the British sense of humour, and “Hepburn and Garbo” which made me interested in an era of film that I’ve previously not cared to investigate. A couple of the essays I think I’ll mark again for seasonal reading. “Smith Family Christmas” is a great one for anyone who has ever been stressed during the holiday season, and “Ten Notes on Oscar Weekend” seems a sure fit to revisit while menu planning for your Oscar party.

As with any good book of essays, Smith has opened up a list of other books that I now want to read, including:
Fifth Avenue, 5 am: Audrey Hepburn, Breakfast at Tiffany’s, and the dawn of the modern woman (M) by Sam Wasson (I told you I liked that Hepburn and Garbo essay);
and The Gift: creativity and the artist in the modern world (M) by Lewis Hyde (which was cited in the DFW essay).

The TBR Challenge: Changing My Mind by Zadie Smith
https://haligonia.ca/the-tbr-challenge-changing-my-mind-by-zadie-smith-51166/