My To Be Read challenges continues, with my 7th out of 12 selections: the latest book I’ve read is The Book Thief by Markus Zusak.

If you are looking for light summer reading, it’s likely your first instinct won’t be picking up an historical novel about World War II Germany, but somehow The Book Thief achieves the seemingly impossible task of giving a serious account of life under Nazi rule and yet being a wonderful, even delightful, book to read. How is that possible? Character and tone.

[ An aside you may find important: The Book Thief is classified as a Young Adult (teen) novel, but it is also one of those books written for the teen audience that has captivated a large number of adult readers.]

Back to character and tone. At the centre of the book is Liesel Meminger, probably the most endearing character I’ve encountered in fiction in many years. Ten years old at the start of the novel and about to be left with foster parents by a mother who can no longer raise her. The book opens with Liesel, her mother and her younger brother traveling by train to the home of her new family. Without warning, her brother dies. Stopped in an unknown town for the funeral of her brother, Liesel finds a book The Grave Digger’s Handbook and keeps it: thus setting her up as the titular book thief of the story. 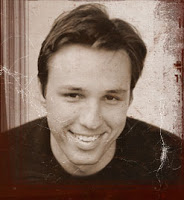 And what about tone? The story is serious by topic, and the author doesn’t shy away from the death, persecution, poverty and intolerance that were the reality of the war, but the tone of the story manages to achieve the innocence and whimsy of youth, even when the world around is filled with horror. The novel is narrated by Death, and weirdly Death doesn’t seem like that bad a guy. He’s just someone with a job to do, and who is increasingly overworked by the actions of the people whose souls he is tasked with collecting. Death is a very astute observer of human nature and looks with sympathy upon the people whose lives are being destroyed by the war.

There is a reason that this book has become popular with adult readers as well as youth: for me that reason is that it offers a different take on a moment in history that many readers have explored extensively. Stylistically the book feels fresh: it mixes text and occasional images, offers a unique narrative perspective and jumps back and forth through time, framing the story with small details from the future and the past that serve to keep the reader on the edge of his or her seat. In addition to that, it is a book that is filled with humanity in a place where you expect to find none. The book highlights the horrors of the Nazi regime, and of the people who believed in its message, but also reminds readers that there were many Germans who didn’t buy into Hilter’s propaganda, and who themselves suffered while trying to live within (and quietly work against) the political system that surrounded them. The Book Thief also offers an important commentary on the power of words: to enlighten and to comfort but also to corrupt.

Similar reads for readers who enjoyed The Book Thief?

The Curious Incident of the Dog in the Night-Time by Mark Haddon: a good match in tone and style for The Book Thief, although the topic is quite different. Also written as a novel for teens, and achieving popularity with adult audiences, this book is from the perspective of a young autistic boy who tries to solve the murder of a dog. Like the Book Thief, it is somewhat whimsical despite its serious topic, and incorporates drawings into the text.

The Shadow of the Wind by Carlos Ruiz Zafón: a good match for those who are fascinated by the power of the word as depicted in the Book Thief. The Shadow of the Wind also has at its centre a young child with a fascination for books. In this historical novel set in Franco era Barcelona, a young boy is tasked with protecting a book he is allowed to select from a rare book library. He develops a fascination with the author and attempts to protect all of his works from a mysterious menace that is trying to destroy all trace of the author’s writing.

The Dark Room by Rachel Seiffert: another book that gives a fictional account of World War II from inside Germany and offers insight inside the minds of German citizens—both Nazi sympathizers and not—whose lives were impacted by Hitler. Of this thoughtful book, Publishers Weekly said: “Placed alongside the historical record, the tale gives a more complete, comprehensible picture of incomprehensible evil. “