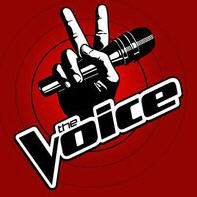 Monday night means battle rounds on The Voice! Tonight there were several duet-duels that impressed me, so let’s head right into the recap.

What? What? What was this pair up? And I don’t think that song ended up doing either performer any favors. Those lyrics are hard to nail. Julio sounded whiny, and Terisa sounded out of breath and rushed. There was a lot of wailing. I hated it, but I thought of the two Terisa deserved to stay. Winner: Julio Cesar Castillo

We have a steal! Cee-Lo took Terisa for his team. I was surprised at Blake’s own choice, and by this steal. I just really didn’t care for the performance.

Team Christina: Dez Duron vs. Paulina singing “Just The Way You Are”

Paulina didn’t really impress me with her blind audition, but I liked Dez quite a bit. The affectations Paulina uses when singing really grate my nerves, so for me the choice was, hands down, Dez. I don’t think he’ll go very far though. Winner: Dez Duron

Team Adam: Benji vs. Sam James singing “You Give Love a Bad Name”

This was a great matchup, and I liked both guys. I’m not really into rockers who scream, but Benji is good at what he does – and the Bon Jovi song was a little bit better suited to him. He went all out in the duel and, if it were a solo performance, I would have thought it was too much. But he was effectively making himself stand out. That said, I liked Sam as well and overall, I think I prefer his voice and style. Winner: Sam James (That was a surprise to me, but a happy one. I thought Benji would get stolen, but he wasn’t.)

Two Midwest guys with beards and babies on the way, singing a Hall and Oates song together? Sure, I guess I can get on board with that. I loved how Nicholas began the performance, but Todd also has a lovely voice. They’re so similar, which made for a pretty duet but a difficult decision. I preferred Nicholas for his uniqueness. Winner: Nicholas Dav-OH MY GOD, WAS THAT A BABY WEARING A FAKE BEARD? I ran it back four times, and I’m still not sure if Nicholas’s baby was wearing a fake beard or just had a soother in his mouth.

Aw, look at Blake choosing a popular song! A popular song from two years ago, but hey, he’s getting close enough to what’s hot right now! Based on the blind auditions, I expected to prefer Suzanna. Both women performed very well, but Suzanna just has such a beautiful tone to her voice. Winner: Suzanna Choffel

Christina has a lot of young, talented pop divas on her team this season and Jocelyn and Sylvia are two of them. I really like Jocelyn’s voice, but she was getting completely overpowered by Sylvia’s intense vocals.  But on stage, Jocelyn totally held her own without overdoing it. Sylvia is also talented, they were both fantastic. But I love Jocelyn’s tone and her performance really impressed me. She’s so young and I loved seeing her really come into her own on stage. Winner: Sylvia Yacoub

We’ve got a steal! I was surprised that Christina went with Sylvia, but I knew that Jocelyn would get snapped up by one of the other coaches. Both Adam and Blake pushed their buttons for her, and she went with Adam.

That’s a wrap for tonight, folks! I thought it was a great episode. Still loving these steals, and the duels have been exciting. Who did you guys like tonight?