Tuesday night’s episode of The Voice was the first round of “battles”, and I’d say it was a smashing success. In fact, I liked it even more than the audition rounds.

In the audition rounds, the suspense came from whether a coach would turn his/her chair around. But there was just as much suspense in this round, because the coach had to choose which singer would make it through. The boxing ring was cheesy, but I thought the performances were really good. Let’s talk about the battles! 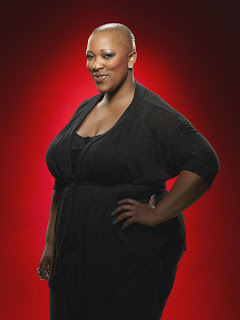 Christina’s Team
Tarralynn Ramsey vs. Frenchie Davis – Put a Ring On It
Is it wrong that I wanted to hear Christina sing more of this song than the actual contestants? She was good! I loved how she made a little joke about messing words up, too. It was interesting to see how the coaching went with these two – the tension! The actual performance was really good, and they’re both strong singers. Frenchie seemed a little out of breath and first and then gained steam, and it seemed like Tarralynn started out stronger and faltered more in the middle.
Winner: Frenchie Davis
I think Christina made the right decision here. Both women sang well, but I think Frenchie sang a little better and her original audition was stronger, too. 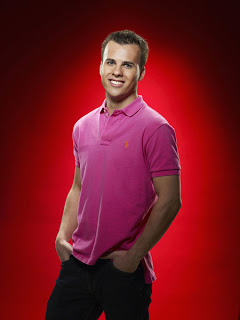 Blake’s Team
Patrick Thomas vs. Tyler Robinson – Burning Love
Based on original auditions, I was rooting for Tyler in this one. He was at a disadvantage, though, because he didn’t really know the song. I was curious how this would go because the guys weren’t as much in the same genre as Frenchie and Tarralynn were. One seems like a hunky country star, the other a quirky, adorable pop singer in a bow tie. I preferred Tyler, based on his vocals and stage presence.
Winner: Cee-Lo and Adam both said they’d pick Tyler, but Blake surprised me and went with Patrick. Was that just because Patrick is more country, or did he really think he was better? I thought Tyler did a better job. 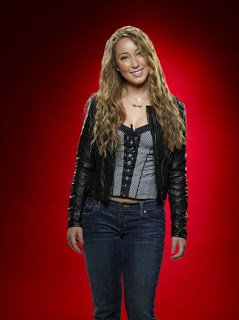 Adam’s Team
Tim Mahoney vs. Casey Weston – Leather and Lace
This one was kind of a weird pairing on Adam’s part, because of age, gender and genre differences. I really wasn’t sure which of their voices was better suited for the song. I loved how shocked Caley’s dad was when she walked out on stage – she looked hot! I really liked how Casey started out, and I think Tim’s voice just isn’t really for me. He just sounds like someone I’d hear at a local pub to me, but I think Casey has potential.
Winner: Adam went with Casey, which I thought was the right decision. I think she could turn out to be really cool. 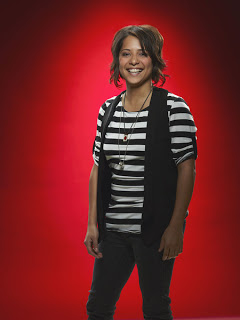 Cee-Lo’s Team
Vicci Martinez vs. Niki Dawson – Perfect
What was Cee-Lo wearing for the rehearsals? Bright red sunglasses, T-shirt, capri pants and shoes? Wow. Awesome. I really liked Cee-Lo’s song choice and match-up for this battle. Pink is a fantastic singer, it’s a great song, and I was looking forward to seeing which girl would do her justice. The performance was the best of the night and both girls rocked it. They even had good chemistry together, despite the competition. But since you have to choose, I thought Niki did a better job. But it was a tough one.
Winner: Cee-Lo picked Vicci, and you can’t blame him for the choice. Both girls did a fantastic job.

So, what did you think of our first battle round? Are you still into The Voice?