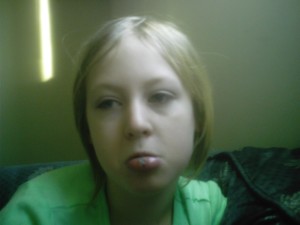 my own bullied daughter

Every time I hear of another attack on a young teen I am taken back personally to a time long ago when I was raped as a preteen, back then every thing was hid in the closet, I first wrote about my own rape as I shared important conversations to have for 5 Minutes for Mom those conversations are still so important to have with you daughters.

But as a parent this morning I am grieving along side Rehtaeh’s mom after Rehtaeh Parsons, a young woman at 15 was gang raped, photographed and then bullied for over a year at school and after school.

I first wrote about bullying in Nova Scotia 4 years ago when writing about the hell my then 11 year old daughter was living through and not a principal, trustee or police officer did anything to help my daughter. In fact at 11 my daughter was saying she would rather be dead then at school. Bullying has been a real issue in Nova Scotia for a very long time. Things are quickly written off as kids will be kids, rough housing and the like. It has been that way for a very long time and many children have been lost. Take a look at the teen suicide rates in Nova Scotia. In fact in the last few years several teen suicides in the province can be directly linked to bullying.

For me and my daughter it came to a head 4 years ago, one May evening with me being assaulted by one of the parents of the girls who had bullied my daughter. I quickly pressed charges and it was that night I knew we would be moving. I quit a job that I loved and brought my teen back to Toronto.

I have been thinking there needs to be justice for this young woman, and with that said there also needs to be an overhaul of the policies and procedures at the schools when it comes to bullying. We need to care about what is going on each day at school. Inquires are fine and dandy but when action is not taken after seeing the results, then we need to hold those in government responsible for the needed change.

Today my prayers are with the family and my hope is maybe finally something can change there.

What needs to change?

1. First justice for Rehtaeh- How can a photograph that was highly circulated of a teen being raped not lead to charges?

2. Let’s look at the laws that may of failed here.

3. Let’s look at the policies, procedures and the lack of supports for children in Nova Scotia and across Canada that are bullied. Inquiries have been done, but implementing change is taking to long. What can we do better? I mean we can wear all the pink we want but the very next day kids are bullied, how do we really step up and protect them?

What do you think? I really want to know.