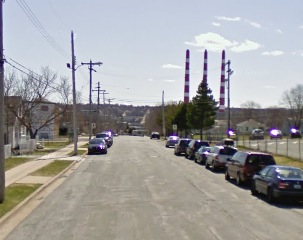 A male was relieved of a music player and some cash in a robbery last night in Dartmouth.


View Larger Map From HRPD:
At 1118 pm Halifax Regional police responded to a robbery call on Alfred St, Dartmouth. The male victim and two females were out walking and approached by 3 male suspects who robbed the victim of his ipod and an amount of cash. The suspects fled the area. Short time later they returned to the area and were observed by the police, the three suspects were taken into custody and are currently being held. The victim was not injured during the robbery.

Two adults and one youth are currently in custody and  being charged with numerous offenses, robbery, possession, and breaches of court orders.