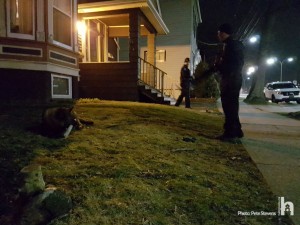 At 8:30 pm last evening a police officer observed a reported  stolen vehicle travelling on Jubilee Rd . The vehicle was then located on Cherry St at Robie St and three males had jumped out of it and were fleeing from the area. All three were  located in the near vicinity and are currently in police custody. Two 17 year olds (youth) and are being held in custody until their court appearances on Monday and an 18 year old man will be released with a later court date. All have been charged with , flight from police, dangerous operation of a vehicle and possession of a stolen vehicle. The youth will also be charged with robbery, assault with a weapon , threats and breaches of conditions related to another incident from March 31. 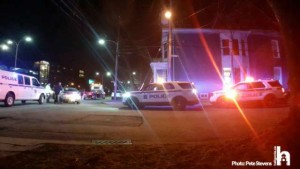