I kind of went through two separate phases of childhood television viewing. During the first seven years of my life, my family did not have cable. Before I was old enough to go to school, I watched Sesame Street, Fred Penner, Under the Umbrella Tree, and Mr.

Dressup in the mornings on the CBC channel that our bunny ears received. On Sunday night’s we would watch Disney’s family movie together while eating dinner on TV trays. When we’d visit my grandparents (they had cable!) we’d watch recorded VHS tapes of Mr. Roger’s Neighborhood. I can still picture my Nana and Papa’s writing on the masking tape that was stuck to the side of those video tapes. That was essentially it for my early tv repertoire.

I was a child of the eighties and I never watched Ninja Turtles or Jem and the Holograms or The Smurfs.

We got cable when I was seven. Two years later, my littlest sister was born. This was the second phase of my childhood television viewing history. While I wanted to watch The Fresh Prince of Bel-Air and Saved by the Bell and Where in the World is Carmen Sandiego, I had younger sisters and I did not have a television to myself. So I watched little kid’s shows – again. Shows like Dragon Tales and The Big Comfy Couch and Arthur and Zoboomafoo and Teletubbies and The Magic School Bus (okay, I never got too old for that one). 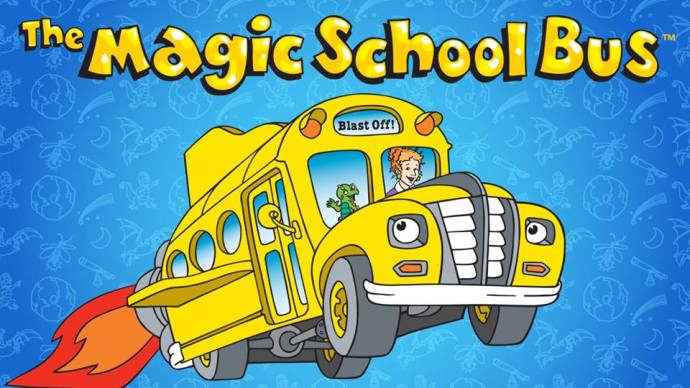 It has been pretty fun to incorporate these shows back into my life as Dan and I introduce some of our childhood favourites to our kids. I totally admit to singing (and dancing) to the theme song for The Magic School Bus when I first put it on for Cam and Gav. “Cruisin’ on down Main Street / You’re relaxed and feelin’ good…” I have to say, this is probably my favourite of all the shows from my childhood that I have shared with the kids. Sure, Sesame Street was awesome when I was a kid, but I’m not one of those parents who pines for the good ol’ days of Sesame Street as if things can only be good if they stay how I remember them. Sesame Street was awesome then and it is awesome now and so if we watch more recent versions, I’m okay with that. Especially because they still air a few of those small little interlude segments that I remember from my childhood.

A couple of nights ago, I turned on Thomas and the Magic Railroad for the boys. They adored it. It is a movie that was released 14 years ago, and it is nothing like the newer, computer animated Thomas the Tank Engine shows are today. My kids did not notice a difference though. They were enamoured with the magical storyline. Thomas pulled me in when I was a kid (I totally loved Shining Time Station) and it is still awesome for little viewers today. 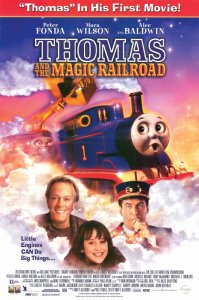 Some of the older shows are actually better than the newer ones in our opinion. While the graphics aren’t as awesome, Cameron prefers watching Pokémon Indigo League (1997) over the more recent, and scarier Pokémon Black & White episodes that Netflix carries. 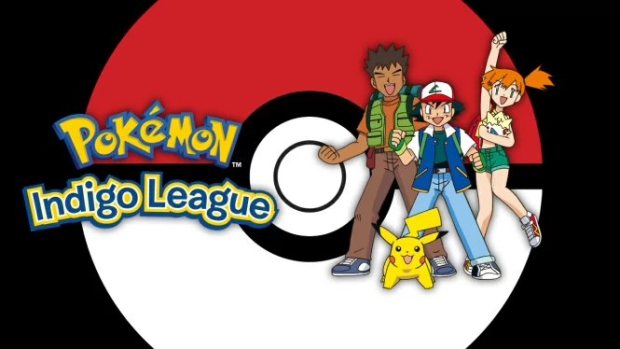 It is fun to find commonalities with our kids and be brought back to childhood along side of them. And speaking of going back, I just realized that Netflix carries Dawson’s Creek. I know what my next binge-watch will be.

What are your favourite #ThrowbackThursday television shows?