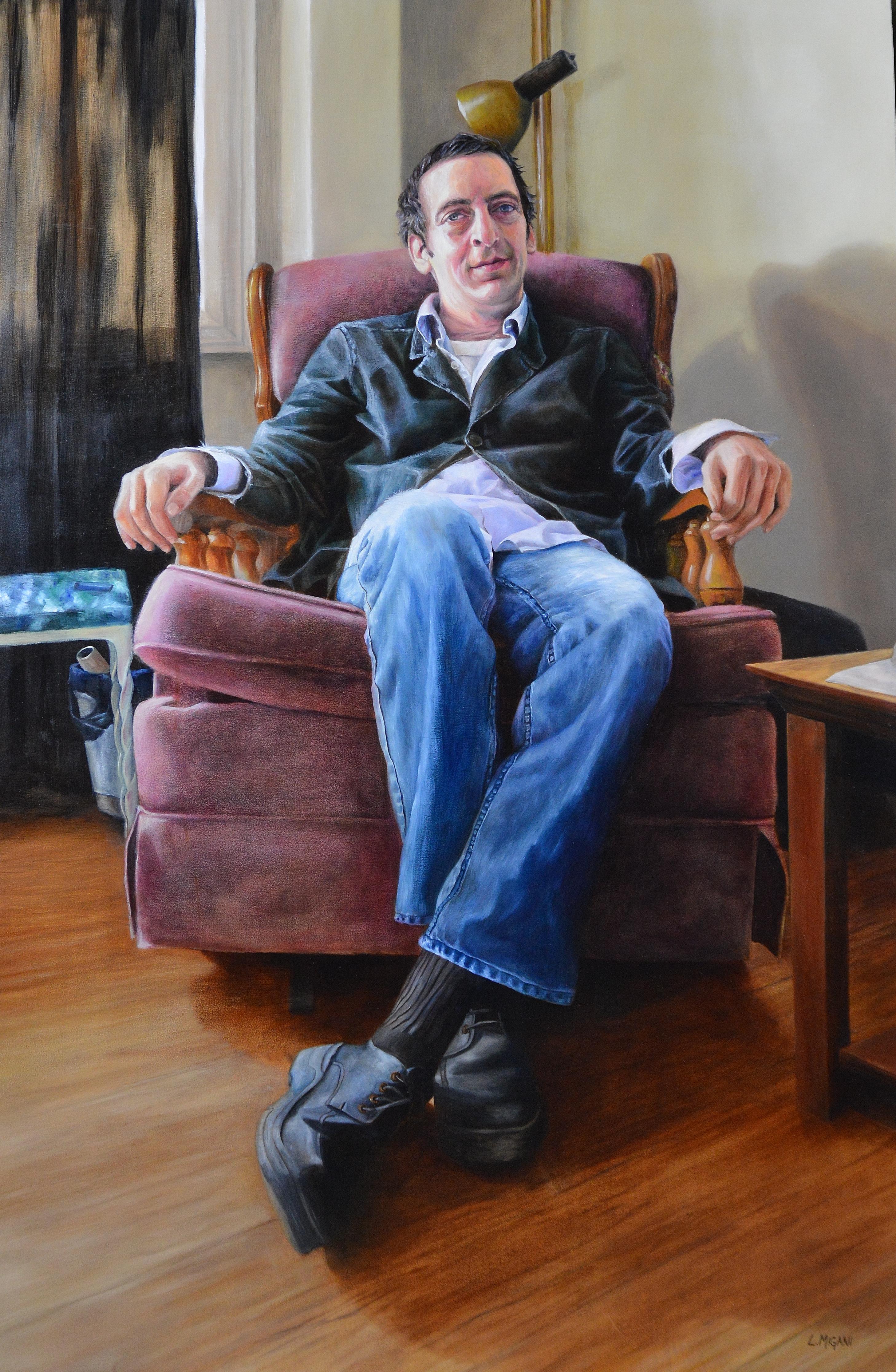 “The Nun’s Chair” – Portrait of Aaron Petrie by Loretta Migani

Aaron Petrie never dreamed he’d be the subject of a portrait.

He was just a regular guy on a bus in Dartmouth two years ago when he noticed a woman trying to get his attention. She introduced herself as Loretta Migani and explained that she was an artist working on a series of paintings exploring the notion of “home”. Petrie’s presence stood out to Migani, and she seized the opportunity to ask him to pose.

“It came out of left field,” says Petrie. “I mean, we’d never met. But I was taken by the description of the project, and it seemed like a once-in-a-lifetime opportunity.”

Migani photographed Petrie in various places in his home and used the photos to paint the large portrait (81 x 122 cm) over numerous hours in her studio. The result shows Petrie lounging in his favourite chair.

Petrie says that the picture captures much of who he was at the time: “a single dude in a bachelor apartment, relaxed and at ease in my fortress of solitude.”

He definitely doesn’t regret taking the time to listen to the request of a stranger on a bus. “I can’t help but think it’s rare to get a portrait like this these days. I mean, if I donated 20 million dollars to a university I might expect a portrait of this quality to be hanging in the lobby.”

Migani is an award-winning artist who teaches at NSCAD University. She has lived in Dartmouth for the past five years. Before that, she had lived and worked in many places across Europe, Australia and North America.

Petrie’s portrait will be part of Migani’s solo exhibition “Time-In“ which explores the relationship between the physical and psychological meanings of “home” using portraiture as a vehicle. It opens on February 4th at 7pm at The Craig Gallery and runs until March 1st.

Watch for more about Loretta Migani and her work in the February issue of The North Dartmouth Echo.

Time-In at The Craig Gallery: Home is where the heART is.
https://haligonia.ca/time-in-at-the-craig-gallery-home-is-where-the-heart-is-102082/