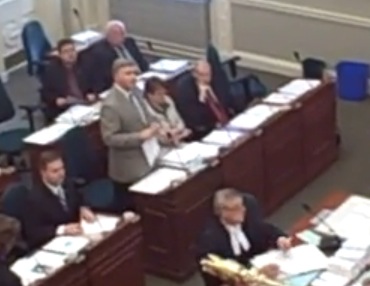 On June 9th Nova Scotians will be going back to the polls.  The Nova Scotia government was defeated, 28-20 on Monday evening.

From the Chronicle-Herald: (Full Story)

“Mr. MacDonald said he wasn’t surprised at the result. The opposition leaders have been clear that they wouldn’t support changing the law to take effect retroactively and clear the Tories’ budget deficit. NDP Leader Darrell Dexter said his party is going to present an alternative to the way government has been run for the last 10 years.”

Our own Ed Walson was at the Nova Scotia legislature this evening and captured this raw footage of the motion passing, and the CBC’s Paul Withers interviewing the Premier.