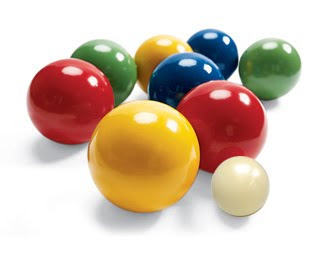 by Joel Macdougall
The origins of Tossle are shrouded in mystery, but it is believed that the game dates back as far as the dark ages, when man first began to use tools to his advantage. The first time one humanoid threw one rock closer to another rock than his buddy, Tossle was born.

Over time the game has evolved. An earlier form of the game, known as Tossuli, became the game of choice of the Italian aristocracy during the Renaissance, though it was spoken of little due to fear of reprisal from the Church.

It came to North America with the Pilgrims in the 1600s and flourished. Over time as settlers began to move farther into the continent that the game took on its present day form. Settlers in Oklahoma were playing a version of the game similar to that of the earlier Italian game. Upon observing the Native American game of digadayosdi, or Cherokee Marbles, the now integral Tinker was added to the game.

During the years of prohibition, Tossle again went underground, as the sport of choice for those wishing to enjoying a good time with friends and a drink at the same time. Here we find the names of some of the great, yet unknown Tossle players: Willie “The Duck” O’Reilly, “The Nature Boy” George Upshaw, Danny Fitzgibbon, and Tito “The Tinker” Tejada.

In the modern game the number of total competitors varies from event to event, but matches or rounds are ideally played between four players. Each player has two coloured balls and take turns attempting to place their balls closest to the egg (small white ball). The honour of placing the egg is given to the eldest competitor for the first round. For each round following the first, that honour is given to the player scoring in the previous round. Only one competitor receives points for being closest to the egg, but can pick-up two points if they are able to place both their balls closest to the egg. The first person to 15 is the match winner.

Point are also awarded for tinkers, or actually hitting the egg. These points are not dependent on winning the round and are given for every instance a particular players ball contacts the egg. A secondary prize is awarded to the competitor who scores the most Tinkers for an entire event.

The game is growing in popularity, especially in Atlantic Canada, where a small, but dedicated group have begun competing regularly to test their tossle skills against one another. Beginning in the the backyards of friends and families the game has recently taken a great jump forward.

The most recent Prospect Invitational event was the first neutral site event in the games modern history. Eleven competitors took to the field on July 3rd, 2010 to challenge for the Tossle Cup and the right to be called the Prospect Inivtational Champion.

The competition was tough, but after a grueling preliminary round the finals saw three former champions squaring off with a contender for this year’s rookie of the year award. The competition was close, but in the end Rod MacDonald came out on top and got to take the traditional drink from the cup.

Other Tossle events will be going on throughout the summer, so stayed tuned for more action and more information on how you can get involved in the great sport.