L-A: Even if you didn’t play along with our drinking game (if you did, I pity your liver. Because if you actually drank every time we celebrated the wonder and magic of the movies, you were probably a mess), staying up late to watch the whole damn thing is enough to give you a hangover.

The best way to cure said hangover is with the following: lots of coffee, a breakfast sandwich and revisit all the dresses you talked about a few hours earlier. And truly. It was only a couple of hours. The show dragged on well into the wee hours of the morning. Something needs to be done about this.

Anyway, let’s break it down. (And pretty much every image has been “borrowed” from InStyle)

The Best in Show 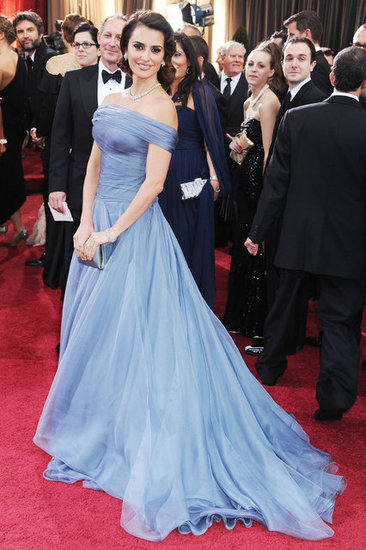 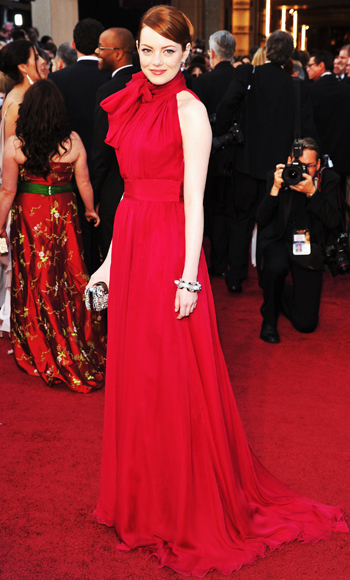 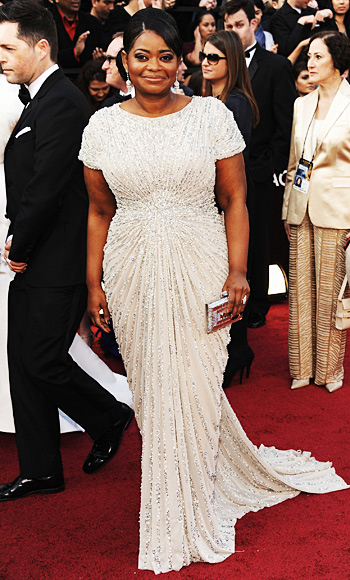 Penelope Cruise brought it and brought it hard by channeling Grace Kelly. And I liked it. A lot

Emma Stone’s dress is a bit like an old Nicole Kidman number, but better. I know a lot of people didn’t like it so much, especially the giant bow on the  neck. But I’m okay with it. I like the colour and really, I just like her. She was absolutely delightful as a presenter.  As mentioned on the live blog, she is what Lindsay Lohan could have been.

I didn’t much care for many of Octavia Spencer’s dresses this awards season, but this one? Liked it a lot. It looked absolutely lovely.

Not necessarily the absolute worst of the night, but the trouble is, SNL ladies – as much as I adore them – never get it right for the red carpet. Perhaps it’s because they’re moderately normal human beings like the rest of us. And I’m sure I’d get the red carpet wrong if given the chance. 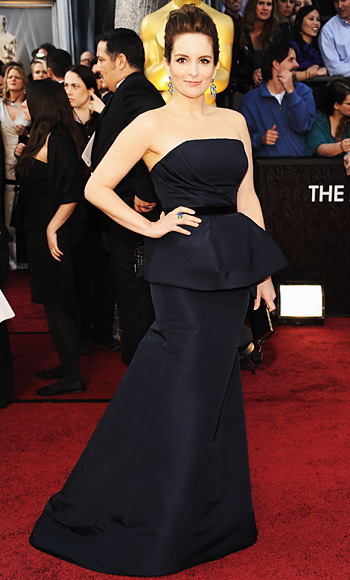 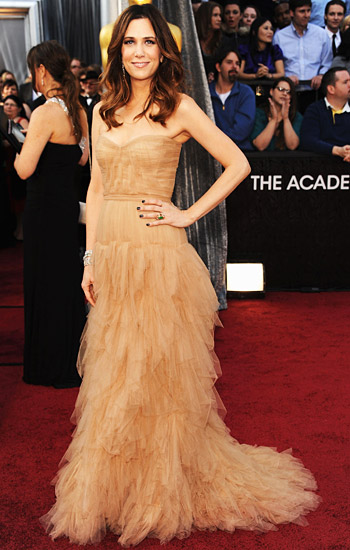 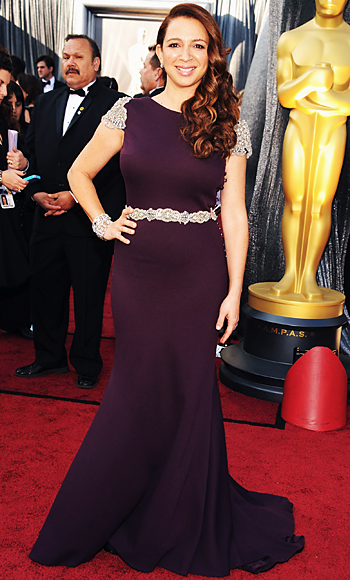 Kristen Wiig’s dress photographs well, but as the point of the Oscars experience is to watch it on television, the dress doesn’t work. Maya Rudolph’s dress looked much better on camera than as a still photograph. And Tina…well….almost, but not quite (much better than other years). However, I still love these ladies a lot and I believe it’s not their fault. I’m not sure whose fault it is. I just know it can’t be theirs. Kristen’s hair was pretty effing fantastic though.

The Oh Honey No

There weren’t any dresses I thought were outright hideous. It was mostly just a lot of “meh” and “no thank you”. But these are the dresses I did not care for at all. 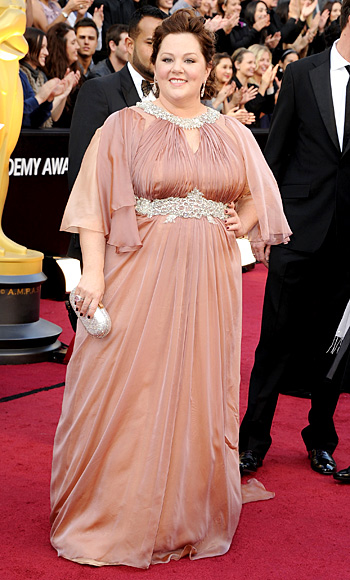 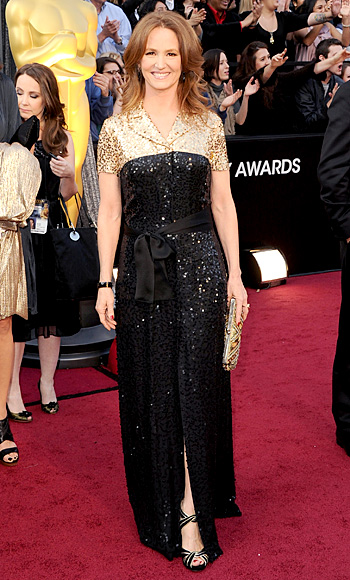 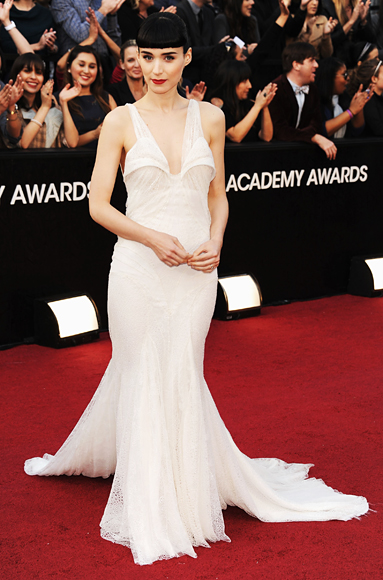 I kind of see hope in Melissa McCarthy’s dress…but the neck and the sleeves ruined. Melissa Leo? I don’t what the fuck is going on with that dress. The top half has all the appeal of a glittery bowling shirt. And Rooney Mara, while it photographed fairly well and doesn’t look bad from afar, I just didn’t like it. It did weird things to her boobs.

This category of dresses is a good example of how much leeway I will give you if I like you as an actress. Melissa McCarthy? I like her so much, I forgive the dress. Melissa Leo? Rooney Mara? I don’t have any real strong feelings about either. So they end up with no love from me. This is why you need to campaign. To win the love of bloggers (and to get votes from the Academy, I suppose). 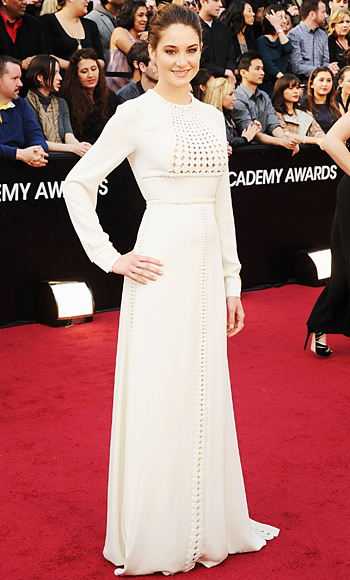 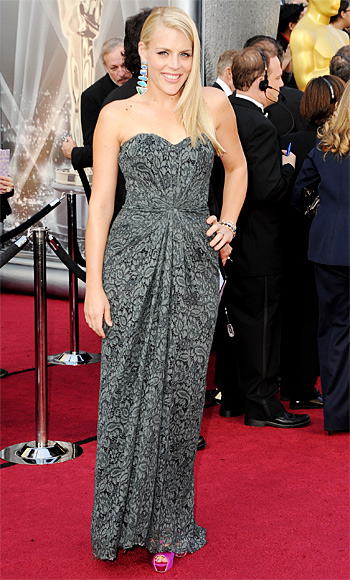 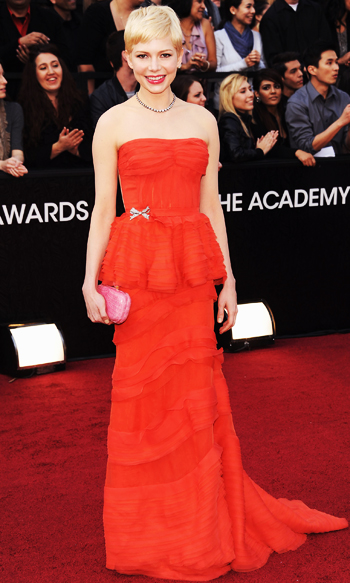 Shailene Woodley, I promise to go watch The Descendents, if only to be proven wrong about you. Because I think I might have been completely wrong. I thought you were a horribly uninteresting character on a fairly lame show about a pregnant teenager (which was fascinating, as you were the main character). As for your dress…part of my brain says, “scene from Virgin Suicides!”, while the other part says, “you know what? I don’t hate it. I should. But I don’t.”

And Busy, I love that you are the BFF date and that your BFFship with Michelle Williams dates back to the days of Pacey Witter. You’d made some poor choices all awards seasons, particularly at the SAG awards. But this? While it doesn’t blow me away, it is miles ahead of the SAG muumuu incident. (Let’s burn the negatives and pretend that dress never happened).

And Busy’s BFF Michelle? I don’t know. I think I’m surprised by how consistently you chose dresses I didn’t like all season. And that you capped it all off with this. There’s just too much going on. At least in the past you wore it fairly simple.

Well, if you’re campaigning to win the award (or win your boyfriend the award), maybe you should cap the award season off dressed like the statue. I don’t really believe this, but it’s what I assume they were going for. 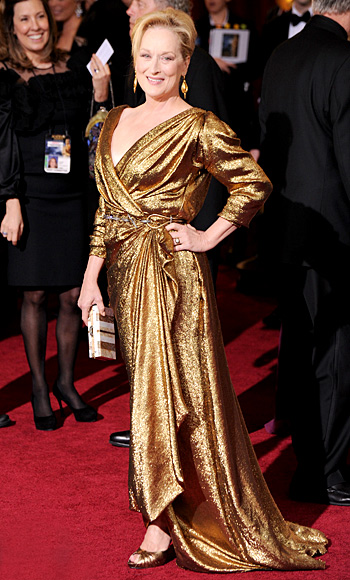 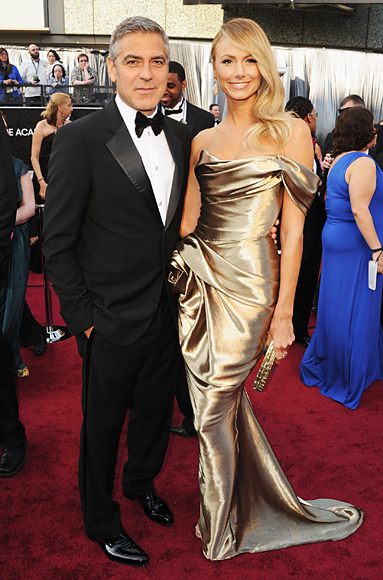 As Jill and I discussed during the awards, Meryl seems to have found some kind of gold lame bathrobe. Or is channeling some Studio 54. Either way, it’s not working for me. And while many of those at the party last night enjoyed Stacy Keibler’s dress, it just didn’t work for me.

Still on the Fence

A few dresses that I haven’t made my mind about about. I think I like them. But I could easily talk my way out of thinking that. 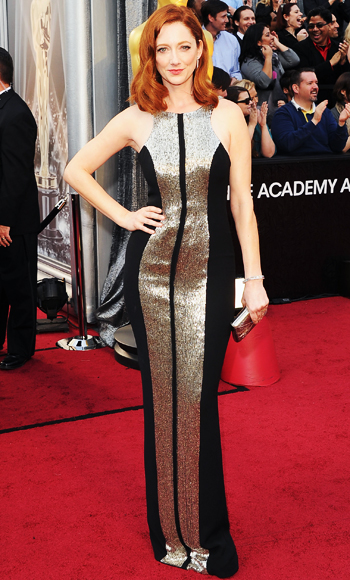 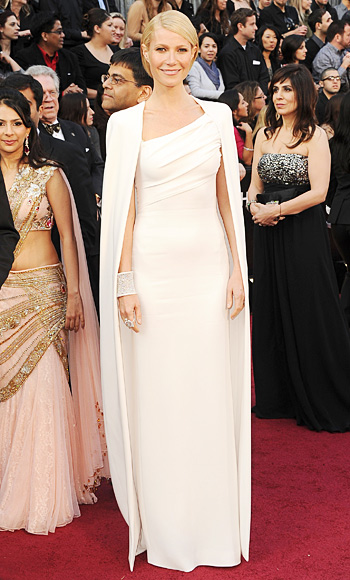 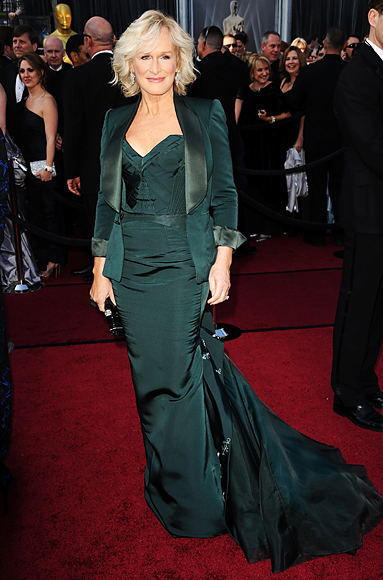 I can’t decide if I like Judy Greer’s dress because I like Judy Greer so much. I’m not sure why she’s at the Oscars (or why half of the red carpet folks were doing there as well. I’m looking at you P.Diddy) and I wish folks would hire her to do more things. The world needs to give Judy Greer lead roles in something.

As for Gwyneth? While I appreciate that she did wear a cape,  because, I mean, it’s a cape! I didn’t really love it until the cape came off.

And Glenn – I think I like it. But I just don’t know. I like the tuxedo jacket. I’m surprised by the colour – I thought it was black.    Anyway, the bodice of the dress is what leaves me feeling “enh” about it all.

The Better in Hindsight (Not made for TV)

Dresses that didn’t look great on my TV, but as I look at photos, I think they may be okay after all. 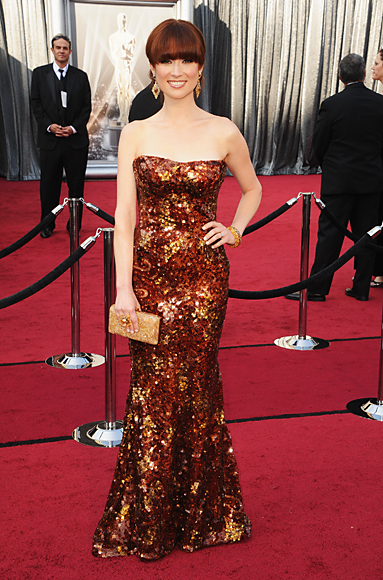 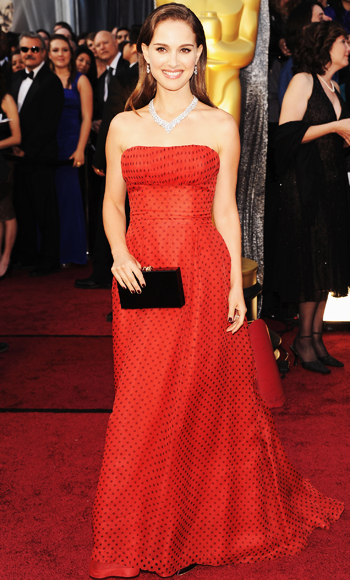 I didn’t really care for Ellie Kemper’s dress when she was on stage with the other ladies of Bridesmaids, but looking at photos? The dress is kind of stunning. Probably super uncomfortable to wear for four or more hours of awards, but really great to look at.

And Natalie? Well, I like that there are wee polka dots all over it. This didn’t show up on TV, so now I like it much more. The polka dots are adorable and make a gown a little less fancy.

Treating your Oscar hangover with a round up of dresses.
https://haligonia.ca/treating-your-oscar-hangover-with-a-round-up-of-dresses-54841/