Home / Archives / News (Archives) / Two shootings within minutes of each other 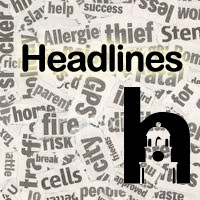 Two shootings within minutes of each other

From HRPD:
At 8:03 p.m. West Division members responded to the 100 block of Spencer Avenue for a report of gun shots. Police located a 23-year-old female was found at a residence who had been shot.  She was taken to hospital for treatment for what was believed to be non-life-threatening injuries. The victim and other people interviewed on scene were uncooperative with police and investigators do not believe this to be a random act. This matter is still under investigation.

Police are currently at the scene of a fatal shooting in Halifax.

At 8:06 p.m. Halifax Regional Police received a call about a shooting inside a residence in the 0-100 block of Jarvis Lane. Upon arrival, officers found a 21-year-old man who had been shot. He was pronounced deceased at the scene.

The HRP/RCMP Integrated Major Crime Unit is in the initial stages of the investigation. Major Crime investigators are urging anyone with information about this incident to contact them at 490-5016 or anonymously through Crime Stoppers at 1-800-222-TIPS (8477) or online at www.crimestoppers.ns.ca.

There is no new information to report concerning this investigation at this time. Public Relations will be following up later today.