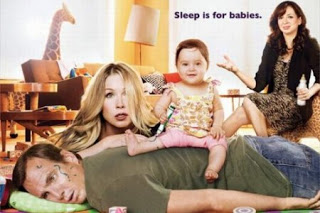 There are a few new comedies I’ll be watching this season, and as I recently discussed, it’s always difficult to judge a sitcom by its pilot. That said, I watched NBC’s new comedy Up All Night last night, and I really liked it.

Up All Night stars Christina Applegate, Will Arnett and Maya Rudolph, and this cast is a big part of why I decided to give the show a go. I like all these actors, and I was excited to see what they could do together. And based on the series premiere, I think they’re going to be a great team.

While there weren’t very many laugh out loud moments in the episode, I thought Applegate, Arnett and Rudolph had a lot of chemistry together and laid the groundwork for characters that will all be capable of being funny. I also liked that none of the characters seemed overly stereotyped. 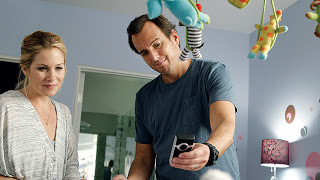 Applegate plays Regan, a new mom who’s returning to work while her husband stays home with the baby. What I like about Regan is that she’s not a typical workaholic, and she’s not demonized in any way for choosing to be a working mom. She loves her baby, she loves her job. In the first episode she is twice asked to choose between working and being with her family – once she agrees to work late, and once she refuses and opts to stay home with her family. 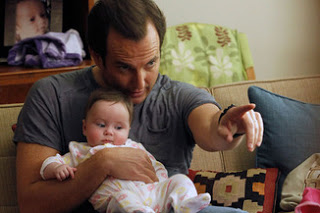 Arnett plays Chris, a former lawyer who, as I mentioned, decided to be leave his firm and be a stay-at-home dad for a while. I love that this character is not a schmuck. He’s not staying home with the baby because he makes less money, or is the weaker partner. You don’t get a condescending “my wife wears the pants” vibe with him, and that’s important. He finds taking care of a new baby about as overwhelming as anyone would, man or woman – there’s a great scene in a grocery store where he’s just trying to find the normal cheese while fighting off cooing old ladies.

I like Regan and Chris together as a couple. They’ve been married for seven years, and it’s clear from the beginning that they were a bit on the fence about having a baby. I love how the show manages to showcase the couple’s fears and reservations without ever making you doubt how much they love their daughter. Regan made a few jokes about how Amy (the baby) would come visit her in the nursing home when Chris is long dead, and you can just tell how happy she is to have Amy. However, there are still many funny omigod-we-have-a-baby moments, and a few omigod-we’ll-never-have-fun-again moments. 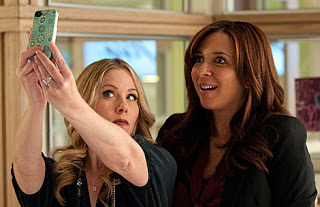 I’ve heard that Maya Rudolph’s character was beefed up a bit following her success in Bridesmaids this summer, and I think that was a good idea. She’s a super funny lady, and I think she could really turn this role into something great. She plays Ava, Regan’s boss and the star of a very Oprah-like show (although there were dashes of Ellen in there as well). Ava might have been a little more stereotypical, but I thought the writers made enough unexpected choices to make me like this character. Sure, she brought champagne and fancy cheese to Regan and Chris as a baby gift. But she’s not a mean boss, and she didn’t throw a tantrum when Regan refused to work on a weekend. She accepted that now some things will have to change. Ava and Regan are friends, and that adds a more interesting dynamic to the show than New Mom With Selfish Boss.

Overall, I think the show is off to a good start and I’m glad I decided to watch. Did any of you check it out? Have any initial thoughts?