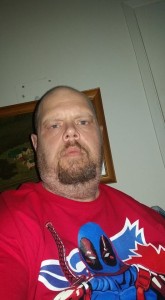 Update: Jeffery Bilby was located safe and sound last night in Halifax. Halifax Regional Police wish to thank the public and the media for their assistance with this matter.

Police have received information that Jeffrey Bilby may be in North Rustico, Prince Edward Island. Staff at a hotel in the 7000 block of Cavendish Road believe that he stayed at their establishment and was last seen the evening of Sunday August 7. Jeffrey requires treatment for a medical condition and has not received  this treatment since he was reported missing. Police continue to be concerned for Jeffrey’s well-being and request that he or anyone with information on his whereabouts calls their local police, or Halifax Regional Police at 902-490-5020.

Update: HRP Requests Assistance in locating a missing Bedford Man who may be in Prince Edward Island
https://haligonia.ca/update-hrp-requests-assistance-in-locating-a-missing-bedford-man-who-may-be-in-prince-edward-island-157538/