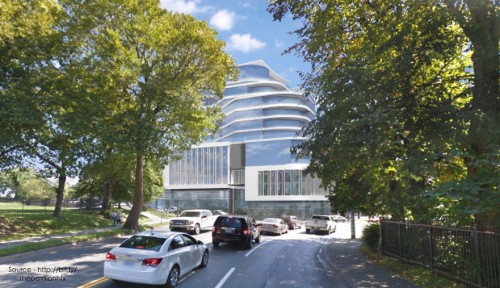 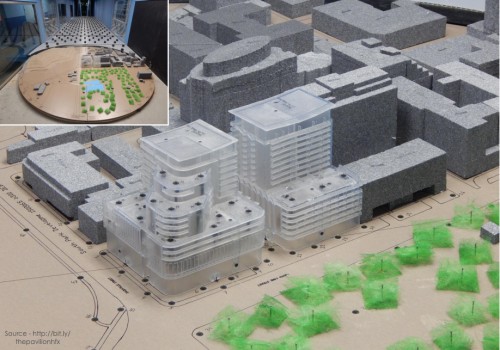 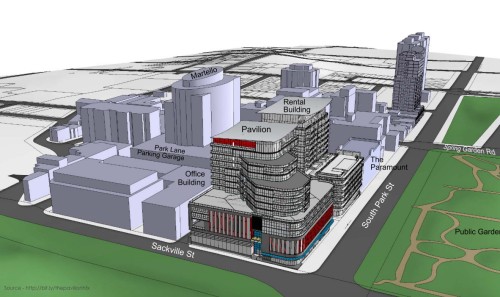 The redevelopment of the former CBC Radio and YMCA buildings at the corner of South Park and Sackville Street has received final approval to move forward after City Staff recommended it be rejected because of variances the developers requested. Even though staff recommended a rejection, the Halifax design and review committee unanimously approved it last night. The former YMCA building has been torn down and the next stage will be to take down the former CBC building and then being construction on the new towers. Here are some photos from the recent staff report that give perspective of the scale.