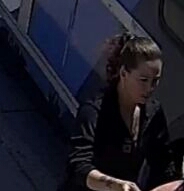 Police have arrested a woman responsible for a theft of a pu­rse from an elderly woman on a bus last month.

Just after 3 p.m. on June 28, police rec­eived a report that a female passenger on a Halifax Transit bus had stolen the purse of a 71-year-old passenger. At 1:36 p.m., the victim had taken a Halifax Tr­ansit bus from the Bridge Terminal to La­mont Terrace in Dart­mouth where she arri­ved at 2 p.m. She ex­ited the bus and then immediately realiz­ed she had left her purse behind. She fl­agged down the bus but couldn’t locate her purse where she had been sitting. Her purse contained a sum of cash, credit and bank cards, keys and a cell phone. The victim checked with the lost and found for Halifax Transit but her purse was not turned in.

After the release of the suspect’s pictu­re, police received a number of calls fr­om the public who we­re able to identify the woman. At 7 p.m. on July 9, police arrested a 34-year-old Dartmouth woman wi­thout incident at a residence in the 200 block of Victoria Road. She was transpo­rted to Police Headq­uarters and later re­leased.

The woman has been charged with theft un­der $5000 and posses­sion of property obt­ained by crime under $5000 and is schedu­led to appear in Dar­tmouth Provincial Co­urt on August 15.