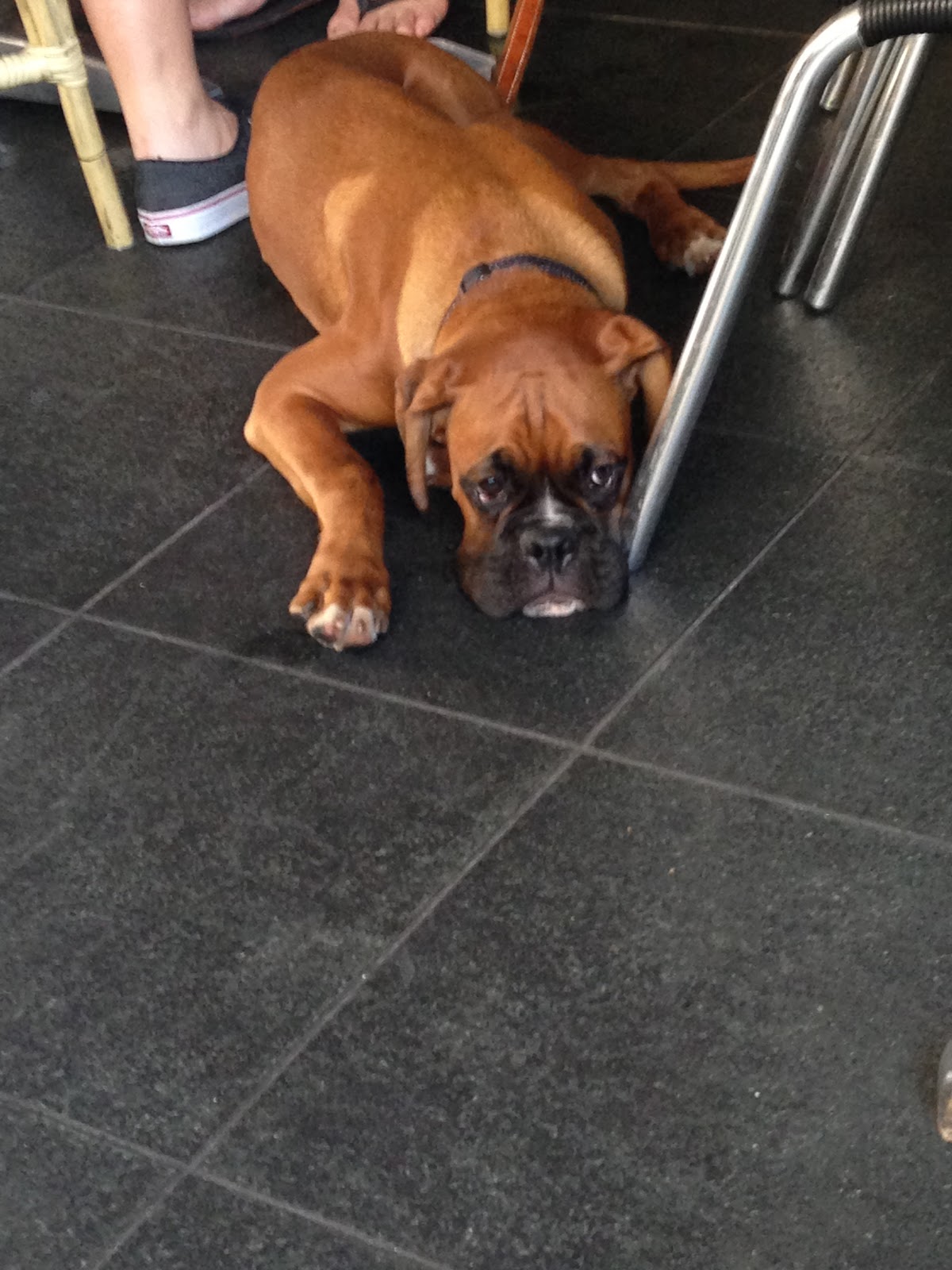 Share
A few weeks ago, I went to meet my friend Margaret for brunch in Newtown. On this particular day, we were meeting for brunch at a cafe called Urban Bites in Newtown.  This is one of the many spots I’ve noted on a warm, sunny day, and had been jealous of the people actually eating there.  Today, it was my turn.  The forecast was particularly sneaky; when I got dressed, it read 23, so jeans were appropriate.  However, by the time I reached the midpoint, the temp. had shot up to 31 degrees and I was dying; having to call M to tell her I’d be delayed since I could barely function putting one foot in front of the other, let alone doing it quickly.

I’m pretty used to the Sydney temps these days, but when you’re not dressed for it (as in, wearing as little clothing as possible), it’s a bit of an ordeal for a Newfie girl.  When I got to the resto, after downing about a litre of water, I noticed a canine a few feet away.  Normally, I’m not a fan of animals in restos (it’s gross; am I wrong here?) but M and I agreed that this pathetic-looking pooch pretty much summed up how all of Sydney was feeling that day. 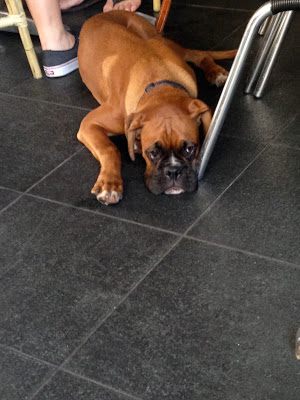 Margaret ended up ordering the Big Breakfast – I think – which consisted of bacon (back bacon) 2 eggs and (sourdough) toast for something ridiculous like $8.  This is a bargain, folks.  I also love how Aussies tend to add a grilled tomato to breakfast – that’s my kinda garnish. 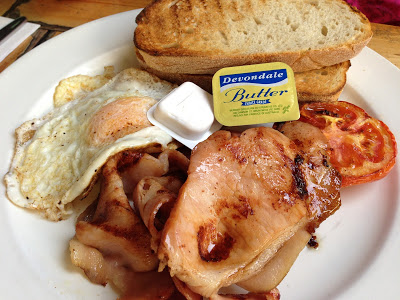 I was feeling eggs and smoked salmon of some kind, so I went for the scramble with spinach.  It was delicious.  I felt like shoving the whole thing between those two slabs of Turkish toast and making an awesome sambo, but I erred on the side of conservative, and simply had my pile of eggs with a touch of toast. 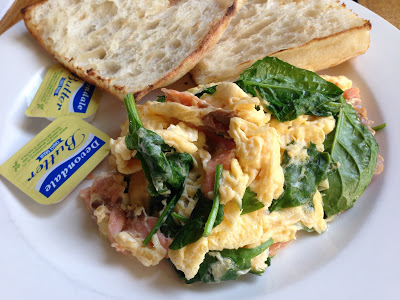 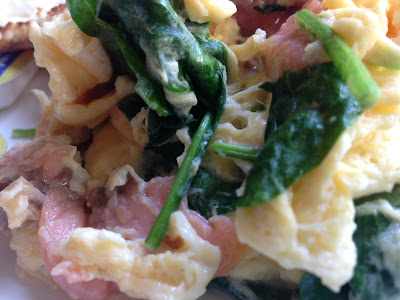 Australians are serious about their coffee.  I once ordered an iced coffee and received a glass of frosty coffee topped with about two scoops of vanilla ice cream.   I wanted cold coffee, not a calorie fix!  Anyway, on this occasion, I ended up with a frappucino-y type-thing, which sated my fix for both caffeine and frosty.

That being said, I recall by b-fast bill being about $26 for the eggs/java, so l likely won’t head back to this spot again.  And in Sydney, why would you – when there are so many options for bfast right around the corner.