Halifax Regional Police are currently on scene at a vehicle/pedestrian collision on Herring Cove Road in Halifax. 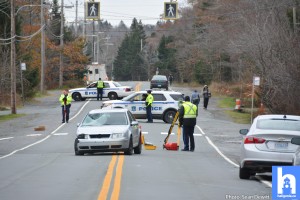 At 10:16 a.m. on November 16, police responded to a vehicle/pedestrian collision that occurred in the 560 block of Herring Cove Road. A car travelling inbound on Herring Cove Road struck a woman as she was crossing the street in a marked crosswalk. The woman, who is in her 40`s, was transported to hospital for treatment of what are believed to be life-threatening injuries. 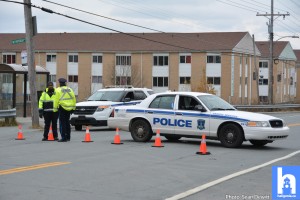 Collision investigation members are currently on scene and traffic is anticipated to be shut down for a few hours as the investigation continues. 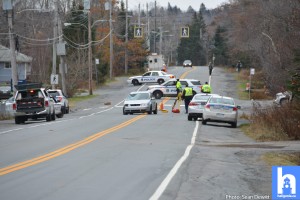 The 18-year old male driver was arrested and is currently in police custody for questioning. The investigation into this matter is ongoing.