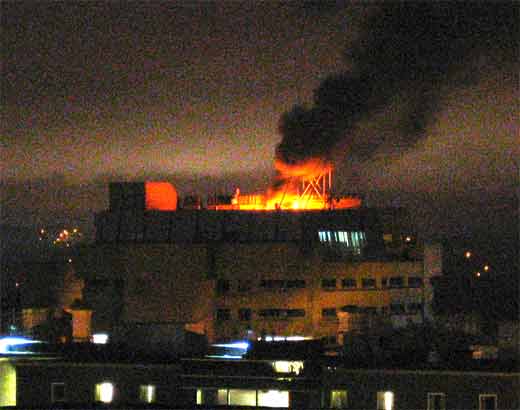 Fire crews were called to the Dalhousie Life Sciences Centre around 11pm Saturday night after a fire led to an explosion inside the building.  Witnesses say they heard a loud bang and then saw a huge plume of smoke come from the roof of the building.  Renovation work is currently underway here, but it is too soon to tell if it is related to the incident.  Our social media followers report hearing the explosion as far away as North Street.

Dalhousie has announced that the building is closed until further notice due to extensive water damage. There were no injuries reported, and the cause of the fire is under investigation.