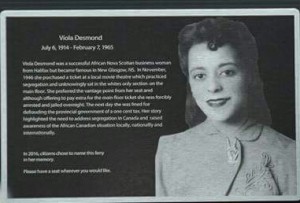 Viola Desmond to be the first Canadian woman on Canadian currency
https://haligonia.ca/viola-desmond-to-be-the-first-woman-on-canadian-currency-175545/