Ally: I’m not going to talk about the storm. I’m writing this Sunday evening and I’m praying my power service will be uneventful. You can laugh at me if you see me cursing up a storm (PUNNY!) on Twitter on Monday (today as you are reading this).

All in all, it was a good weekend. Managed to relax with the family on Sunday and entertain Toddler G with a little Stand by Me action. Has to be up there as one of my favourite movies of all time.

I had the biggest crush on River Phoenix. If he had not passed, I would likely have never entered Leo Dicaprio into my Pretend Boyfriend database.

I also got my hair did! Finally. My roots were looking very Heather Locklear-ish. Which is not attractive. Thankfully, my stylist Esther was able to fit me in on the quick. Esther works with Genesis previously located in Sunnyside Mall in Bedford, but now located at Scotia Square Mall in downtown Halifax. I can’t tell you how highly I recommend her. She’s amazing and the most fun to talk to. These days, it’s tough to get time away with friends due to work and parenthood, so a hair appointment that is also a killer gossip session is heaven on earth. Here’s the hair! 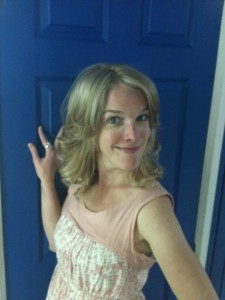 Did you know you can curl your hair with a straight iron? You likely did. Apparently I was born in 1920. Esther showed me how. I think she was creeped out by my near tears of delight.

I’m trying to find a YouTube tutorial, but none of them are doing it like Esther taught me. Here’s one that would likely send Esther running to the wine fridge.

Don’t get me wrong, girl seems sweet, but Esther told me no twisting was required. I just had to tilt the iron 180 degrees at the root and pull down. This means that Esther will have to do a video tutorial with us tres soon.

Lastly, I’m super excited for the Video Music Awards tonight. I’ll only be watching the first hour since 10pm is a ridiculously late bedtime for me, but I can’t wait to catch the Britney Spears tribute on repeat tomorrow. My heart will explode if she performs this. Remember when this was Britney? I do. I live for that Britney.

I remember telling people this was my life theme song. It still might be true. And I’m proud of that.

L-A: How bad is it that I just want to phone this in so I can watch another episode of The O.C. before bedtime?

Bad, right? I know. But I’m a little bit addicted. Like, eight episodes in one weekend addicted. It’s all research, I assure you. Our West Coast Bureau and I are plotting to expand our blogging empire. But you’ll have to wait until tomorrow for that. Meanwhile, I’m just reminded of the sheer awesomesauceness that is season one of The O.C. And I’m reminded of why Seth Cohen still needs to be a Pretend Boyfriend. 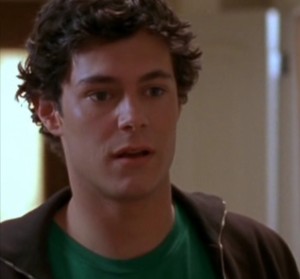 Seth Cohen likes pancakes. I like pancakes. MFEO. Also, he skateboards, wears fun tshirts, has that hair and listens to music I mostly listen to. If that’s not a “teenage” heartthrob, then I don’t know what is. Where the hell are you these days Adam Brody? And why aren’t you still dating Rachel Bilson? (I don’t deal well with celebrity couples breaking up).

I’m thinking I want friendship bracelets to make a comeback in my life. 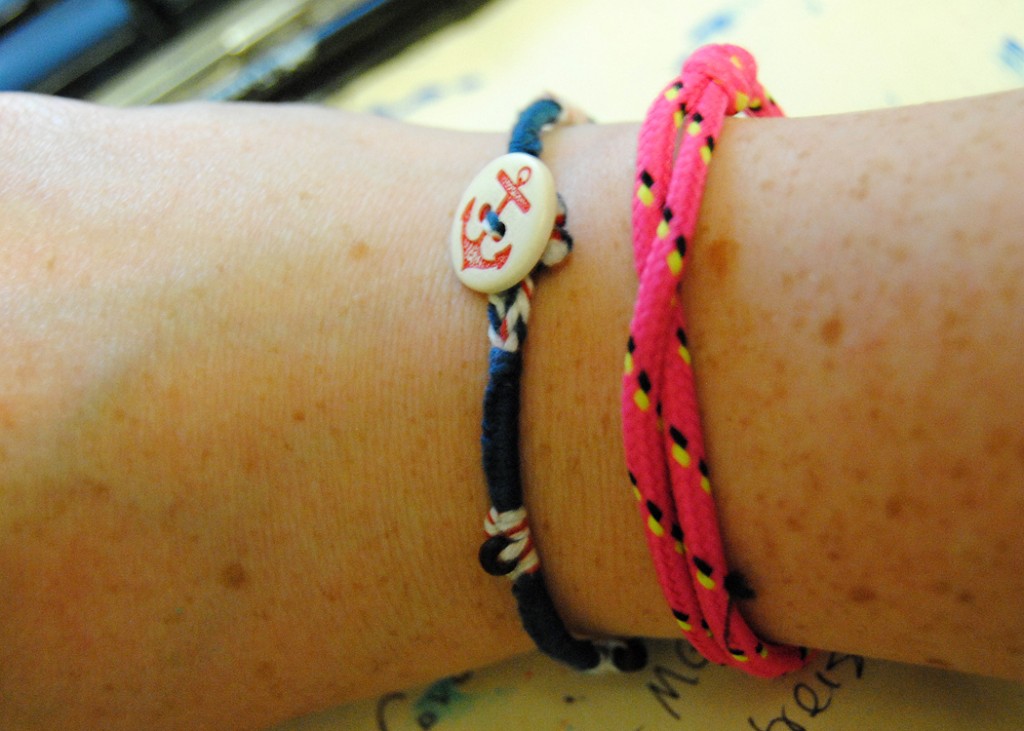 Am I trying to make fetch happen? Are these a bit much for a woman in her 30s with a real job? I have no idea. But I’m going to give it a whirl.  I got the inspiration from a Refinery 29 email about cool bracelets (all of them on grown ups with real jobs) and it got me thinking about my love of over-accessorizing. These are kind of perfect for that. I also dig them as an attempt to have some summer in my life during The Summer That Didn’t Really Happen.  And I figure, that since most of the bracelets I liked in the Refinery 29 piece were those thread or rope ones by Mary Kate Steinmiller or Burkman Bros, why not just make my own? I’m only out some embroidery floss and a button (both of which I own like I’m on an episode of Hoarders), so why the hell not? (If I could get my hands on some cotton sailing and climbing style ropes, then there’d be some serious over-accessorizing on my wrists).  If I actually make more than one bracelet, maybe we can have an FPQT friendship bracelet exchange.

Also: how did I not know you could curl your hair with a flat iron?!? This is a game changer my friends. Well, sort of. It would be if my flat iron wasn’t dying a slooooow painful death. (it currently needs to be plugged in just so or else no go). I think I need to give in and buy a new one. Any recommendations for an awesome new gadget to flatten out the hair?