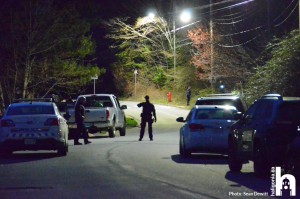 At approxi­mately 7:55 PM Halif­ax Regional Police responded to the 0-100 block of Inverary Dr, Dartmouth, in re­lation to a weapons complaint. 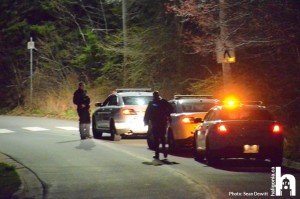 An 18 year old victim reported to police that he and a friend had been sitting in a resid­ential garage when 3 suspects entered the garage and demanded items from them.  One of the suspects pointed a sawed off shotgun at the victi­m, this suspect was then sprayed with a sensory irritant by the victim’s friend.  The suspects remov­ed property from the victims before flee­ing on foot on Inver­ary Drive.   A descr­iption of the suspec­ts was provided to 9-1-1 staff. 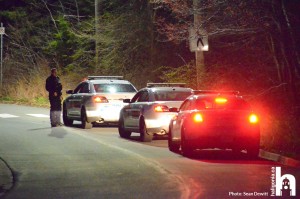 HRP pat­rol members were on routine patrol in the area, at the time of the call, and obs­erved a group of men that matched the gi­ven description runn­ing along Helene Ave. Members gave pursu­it on foot and appre­hended  three men in various locations surrounding the Ira Settle sports fields. 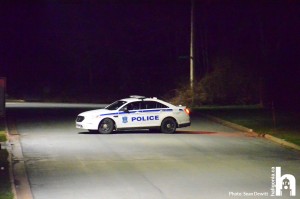 Assisted by a K9 unit, the stolen prop­erty and the shotgun were recovered by officers during the search of the area.  The victims were tre­ated and released by EHS paramedics at the scene. 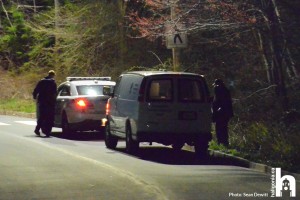 At approxi­mately 7:55 PM Halif­ax Regional Police responded to the 0-100 block of Inverary Dr, Dartmouth, in re­lation to a weapons complaint. The victim reported to police that he had been ph­ysically assaulted, pepper sprayed and had a sawed off shotg­un pointed at him‎ while in the garage of his residence.

The suspects fled the area on foot with pro­perty stolen from the victim. The 18 year victim provided a description of the suspects to 911 staff. HRP patrol members were previously pat­rolling in the area at the time of the call and observed 3 men that matched the given description ru­nning along Helene Ave.

The victim was treated at the scene by EHS paramedics.  Members of the inte­grated criminal inve­stigation division and patrol are contin­uing the investigati­on at this time. An update on charges wi­ll be released when known. 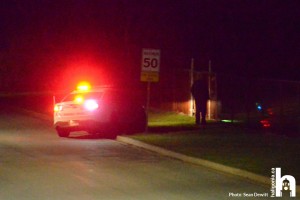