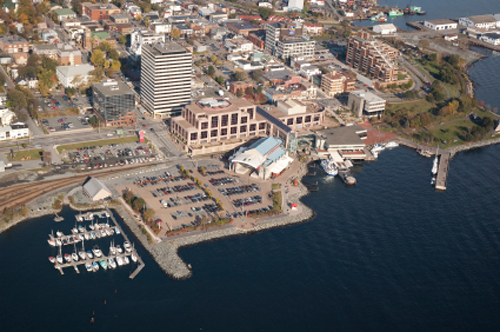 I'm not a guy who beats around the bush. I love Dartmouth. There, I said it.

For 17 years I've lived in Nova Scotia, and of those 17 years I've lived every one in Dartmouth.  Originally from Guelph, Ontario, I moved to Nova Scotia to attend my dream University. Not surprisingly I found a career, had a family and made a home here. Growing up in the sprawl that is Southern Ontario, to me finding residence in Dartmouth versus Halifax was a no brainer. There was no disadvantage to living in Dartmouth compared to Halifax. A 10 minute jump across the bridge was nothing after long having dealt with three hour commutes across Toronto.

When I first arrived, the classifieds said it all, Dartmouth offered larger spaces and greener lots than could be found in Halifax– all for a much lower price. Back then it was a simple matter of economics, but 17 years later it's a choice of love.

I've spent all these years listening to jibes and pokes about my adopted city of Dartmouth. There are some astonishing stories heard over the years of how much better Halifax is than Dartmouth. Apparently many people believe that there is a far greater amount of violence, far more dirt, and a lower class of people that live in squalor once you cross the big green bridge to the 'Darkside'. I'm here to set the record straight. Dartmouth is more than a view of Halifax.

Now if you think this column is lowering itself to the level of revenge, by defending Dartmouth through the slagging of any other part of the HRM you will be disappointed. This is about Dartmouth Pride. A platform to share the Dartmouth View.

Check in with The D Side, not just here to feature local events but to learn about what the people of Dartmouth are doing, and, most importantly, to have a say. To be a voice for Dartmouth. It's time to show your love of this great city, so send in your stories and events and we will feature them here.

See you on The D Side.

This Adopted Son of Dartmouth Speaks Up, you should too. Submit to The D Side by contacting us at orlando@thedside.ca

Welcome to The D Side
https://haligonia.ca/welcome-to-the-d-side-49178/