SoccerStop has moved from Clyde St to Quinpool beside Aerobics First.

Rumour: Haven’t officially confirmed it yet, but lots of folks saying that the Scotiabank baranch in Fall River is closing . Staff were advised on Friday.

I guess Scotiabank want their name on everything except actual banks.

A children’s shoe store is coming back to Mic Mac. The folks behind HaliKids are opening Twiggz, and it is going in the old Kiddie Kobler/Rite Fit space.

Ivanhoe Cambridge (owners of Mic Mac Mall)  have purchased a few lease back form Target Canada, including Mic Mac. This allows Mic Mac the ability to determine how the space is re-leased.

All Chapters stores to be re branded as Indigo.

Meanwhile in Berlin, Halifax is a a clothing brand

I’m hearing that Made in the Maritimes, a store specializing in Maritime artisan goods, will be taking over the space in Sunnyside most recently occupied by Cucina Moderna.

Absolutely Delish in Portland Hills closed at the beginning of the year, oops really slow on that update!

So Papa Marios is getting schmancy and opening a wood fired pizza resto @ Chebucto & Kline, where Chebucto Coffee has most recently been, word is that  all the coffee will still be available.

Chrysalis in The Hydrostone Market has closed.

Lighthouz.com the contemporary furniture store, in Burnside has closed. The retail storefront is completely empty. 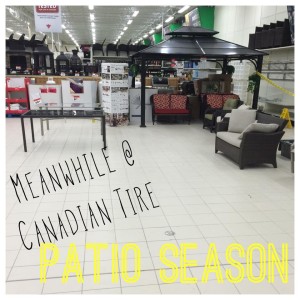 Also starting Wednesday is the Paderno sale at the Forum.