Just My Type: a book about fonts (M)
by Simon Garfield

“Just My Type is a book of stories about fonts. It examines how Helvetica and Comic Sans took over the world.

It explains why we are still influenced by type choices made more than 500 years ago, and why the T in the Beatles logo is longer than the other letters. It profiles the great originators of type, from Baskerville to Zapf, as well as people like Neville Brody who threw out the rulebook. The book is about that pivotal moment when fonts left the world of Letraset and were loaded onto computers, and typefaces became something we realized we all have an opinion about. And beyond all this, the book reveals what may be the very best and worst fonts in the world – and what your choice of font says about you.” – Publisher

Type: the secret history of letters (M)
by Simon Loxley

“If you’ve ever wondered exactly what a Zapf is, or if Baskerville has anything to do with Sherlock Holmes, Type is the answer to these questions and more. This is the story of the passions, and obsessions of the creator of type; of the influences of wars, persecution, and political upheaval, and the effects of business and technological breakthroughs on fonts and typography. From Gutenberg’s first moveable type to the Internet, Simon Loxley tells the stories behind the letters, giving readers a cultural history unlike any other. After reading Type, readers will never look at the printed word in the same way again.” – Publisher 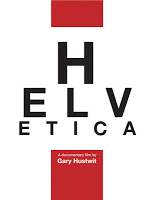 Helvetica is a documentary film about typography, graphic design and global visual culture. It looks at the proliferation of one typeface as part of a larger conversation about the way type affects our lives. An exploration of urban spaces and the type that inhabits them, Helvetica invites us to take a second look at the thousands of words we see every day.

What is Your Preferred Type?
https://haligonia.ca/what-is-your-preferred-type-79632/